Liftoff was scheduled for 10:01 a.m. (1501 GMT) from the Kennedy Space Center in Florida, pending good weather and the resolution of what the company described as a minor technical issue with the rocket`s second-stage motor. 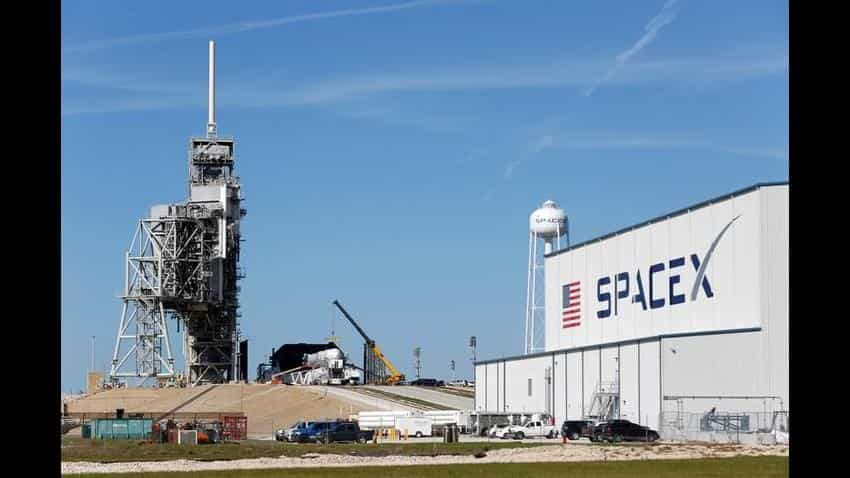 A SpaceX Falcon 9 rocket, is readied for launch on a supply mission to the International Space Station on historic launch pad 39A at the Kennedy Space Center. Photo; Reuters
Written By: Reuters
RELATED NEWS

A SpaceX Falcon 9 rocket was poised for a debut flight on Saturday from a NASA launchpad idled since the end of the space shuttle program nearly six years ago.

Liftoff was scheduled for 10:01 a.m. (1501 GMT) from the Kennedy Space Center in Florida, pending good weather and the resolution of what the company described as a minor technical issue with the rocket`s second-stage motor.

Space Exploration Technologies Corp, owned and operated by billionaire entrepreneur Elon Musk, has not flown from Florida in six months. Flights were suspended after a rocket exploded as it was being fueled for a routine, prelaunch test at Cape Canaveral Air Force Station. The accident destroyed the rocket and its cargo and heavily damaged the launchpad.

SpaceX resumed flying last month from a second launch site in California while it hustled to finish work on the shuttle`s old launchpad. Originally built for the 1960s-era Apollo moon program, the Florida pad was refurbished for the space shuttles, which flew from 1981 to 2011.

"My heart is pounding to come out here today. Not because you guys make me nervous, but because I`ve got a vehicle on this extraordinary pad behind me," SpaceX President Gwynne Shotwell told reporters at the launchpad on Friday.

Perched on top of the rocket is a Dragon capsule loaded with about 5,500 pounds (2,500 kg) of supplies and science experiments for the International Space Station, a $100 billion research laboratory that flies about 250 miles (400 km) above Earth.

By then, SpaceX intends to also be launching NASA astronauts, breaking Russia`s monopoly on flying crew to the space station.

Shotwell on Friday dismissed a Government Accountability Office report this week that said SpaceX and Boeing, which also is developing a space taxi for NASA, have too many technical hurdles ahead to make their 2018 deadlines for station crew ferry flights.