Britain laid out a tough opening stance for future talks with the European Union on Sunday, saying it would set its own agenda rather than meeting the bloc`s rules to ensure frictionless trade 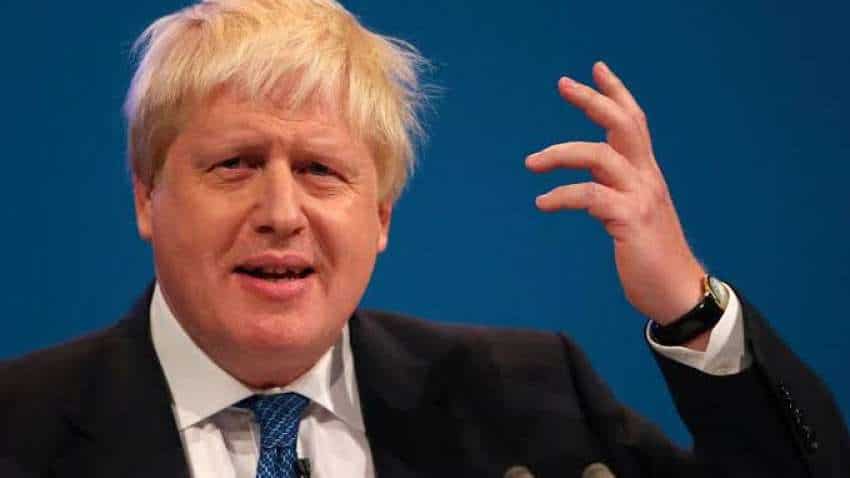 Britain laid out a tough opening stance for future talks with the European Union on Sunday, saying it would set its own agenda rather than meeting the bloc`s rules to ensure frictionless trade. After officially leaving the EU on Friday, Britain now must negotiate future trade relations with the bloc, to take effect when a standstill transition period expires at the end of the year.

Prime Minister Boris Johnson`s government has been quick to send Brussels a message before trade talks begin in March: Brexit, for him, means sovereignty trumps the economy.

The EU has repeatedly told Britain the level of access to its lucrative single market will depend on how far London agrees to adhere to a "level playing field" -- shorthand for rules on environmental standards, labour regulations and state aid.

But despite the appeals of many businesses for the government to ensure goods can trade across borders freely, ministers have been briefing companies that they should adjust to a new future when Britain will not adhere to EU rules.

Johnson, according to sources close to him, has taken last year`s election, which handed him a large majority in parliament, as approval for his policy of putting Britain`s right to set its own rules above the demands of businesses. He will outline that approach in a speech on Monday.

"We are taking back control of our laws, so we are not going to have high alignment with the EU, legislative alignment with their rules," foreign minister Dominic Raab told Sky News. "But we`ll want to cooperate and we expect the EU to follow through on their commitment to a Canada-style free trade agreement."

After more than three years of often tortuous talks, Johnson wants to draw a line under what has been an angry debate that has deepened divides across the country. His aim is a trade deal allowing for tariff- and quota-free trade in goods, similar to the terms the bloc now has in place with Canada.

Asked whether the government expected businesses to have to prepare for new checks on goods at the border, Raab said: "The agreement that we made with the EU was to avoid all of that, and I am sure they will want to live up to the undertakings they have made just as we`d expect to do the same."

Late on Saturday, a government source said if the EU would not offer a Canada-style trade deal, London would instead pursue a looser trade agreement, similar to the bloc`s ties with Australia.

"There are only two likely outcomes in negotiation - a free trade deal like Canada or a looser arrangement like Australia - and we are happy to pursue both," the source said.

The EU says it will not seal a trade deal with a large, economically powerful neighbour without solid provisions to guarantee fair competition. Some European leaders fear Johnson could try to undercut EU businesses by loosening regulatory standards, something he has promised not to do.

"If Great Britain wants to establish outside the European Union a sort of `Singapore-on-Thames`, we would be against it," French Foreign Minister Jean-Yves Le Drian said in a joint interview with broadcasters LCI and RTL and Le Figaro newspaper.

"One thing I`d say to everyone is let`s not repeat some of the errors that were made in the past two-and-a-half years," Varadkar told the BBC. "Let`s not set such rigid red lines that makes it hard to come to an agreement and let`s tone down the nationalistic rhetoric."