Gold price prediction: In the next one month, the gold price will oscillate in a long range of $ 1430 to $1480 and if it breaks the upper levels then it will face massive resistance at $1530-40 levels. 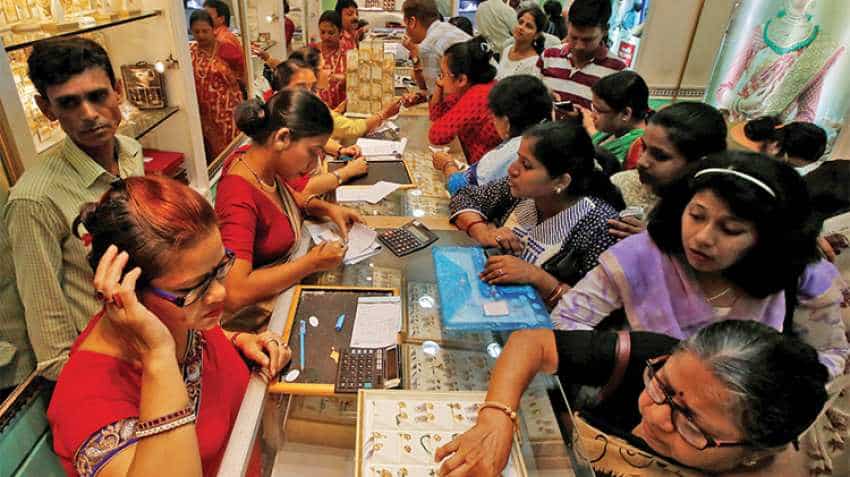 Gold price prediction: In rupee terms, the gold price has massive resistance at Rs 37,500 per 10 grams while it has strong support at Rs 36,700 per 10-gram levels. Photo: Reuters
Written By: Asit Manohar
Edited By: Prashant Singh
RELATED NEWS

Gold price prediction: On account of progress in the US-China trade talks, equity markets scaling to its all-time high, US Federal Reserve making it clear that there will be no interest rate cut in the near future, the gold price hit a three-month low in the last week. According to the commodity market, especially the bullion experts, the gold price is expected to remain sideways to lower in the coming one month and the BREXIT deal outcome in mid-December and further developments in the US-China trade talks hold the key in future gold price movement. They said that gold price will oscillate in a long range of $ 1430 to $1480 and if it breaks the upper levels then it will face massive resistance at $1530-40 per ounce levels. In rupee terms, the gold price is trading in Rs 36,700 to Rs 37,500 and experts have advised gold traders to adopt 'sell on rise' till there is any derailment in US-China trade talks and BREXIT outcome in mid-December.

Speaking on the gold price prediction in next one month Amit Sajeja, Analyst at Motilal Oswal said, "Due to the progress in US-China trade talks, US Federal Reserve announcing there will be no interest rate cut in near future, stock market scaling its all-time high; profit booking in the gold trade triggered that led to tank in gold price to its three-month low. From now, the gold price is expected to remain sideways to lower and have a longer range of trade from $1430 per ounce to $1480 per ounce levels as the upper range is acting as heavy resistance for the gold price movement. However, if it manages to break this level. I don't think it will be able to break $1530 per ounce levels." Sajeja said that gold price will get fresh triggers from the BREXIT update expected in mid-December next month and any derailment in the US-China trade talks. So, gold investors need to keep on these two triggers in mind before taking any fresh position.

Elaborating upon the gold price India movement in the next one month Anuj Gupta, Deputy Vice President at Angel Broking said, "In rupee terms, the gold price has massive resistance at Rs 37,500 per 10 grams while it has strong support at Rs 36,700 per 10-gram levels. In my opinion, one should maintain sell on rise at around Rs 37,400-450 levels for the target of Rs 37,100 and s 36,900 levels." He said that the gold price movement can become sideways to bullish if the US-China trade talk derails advising gold investors to keep an eye on the Sino-US trade war.

EPFO Complaint: Having issues with your Employees Provident Fund account? Check these 7 ways to resolve problems

Google bans Zoom for workers! Shoots off letter to employees

Coronavirus death toll in US crosses 16,500; men testing positive at much higher rate than women