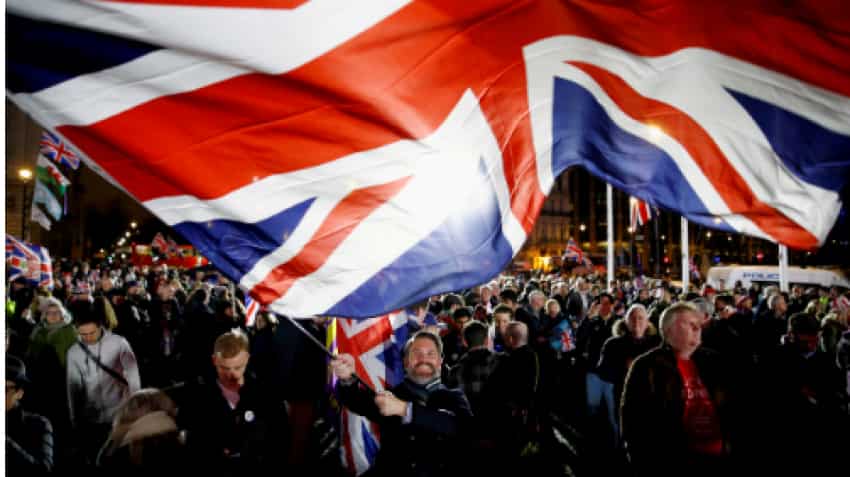 EU national leaders will assess the state of play at a summit next month, with a no-deal Brexit still possible. Source: Reuters

The European Union and Britain both said a post-Brexit deal was still some way off and differences persisted on Monday over putting in place their earlier divorce deal as they began a decisive week of talks in Brussels.

Britain left the EU last January and is locked in negotiations on a new trade deal from 2021, as well as on implementing the divorce, as set out in the Withdrawal Agreement, especially on the sensitive Irish border.

EU national leaders will assess the state of play at a summit next month, with a no-deal Brexit still possible.

Negotiations have stumbled over fisheries, fair competition and settling disputes, and Brexit descended into fresh chaos this month when London proposed draft laws that would undermine the earlier agreement.

"The UK`s positions are far apart from what the EU can accept, a deputy head of the bloc`s executive Commission, Maros Sefcovic, said on Monday after talks with Michael Gove, the minister handling the divorce deal.

"We maintain that the bill, if adopted in its current form, would constitute an extremely serious violation of ... the Withdrawal Agreement and of international law," he said, urging speedy progress before he meets Gove again in mid-October.

Gove said the clauses of the Internal Market Bill that undercut the Withdrawal Treaty would remain.

"We want to make sure that the Withdrawal Agreement is implemented in full," Gove told reporters. "But those clauses are there, they`re in legislation ... And those clauses will remain in that bill."

"Although the last two weeks of informal talks have been relatively positive there remains much to be done," he said.

"We simply want the standard free trade agreement ... we continue to be asked to accept provisions that do not reflect the reality of our status as an independent country."

Trade talks resume in Brussels on Tuesday. Lasting until Friday morning and also due to cover energy links and transport, they are the final round of negotiations scheduled so far.

EU leaders meeting in Brussels on Thursday and Friday are expected to authorise more talks before their next summit on Oct. 15-16. They will then assess whether to try push a deal over the line or prepare for the most damaging Brexit at the end of the year.

European Commission chief Ursula von der Leyen told reporters at a news conference in Lisbon late on Monday that a post-Brexit deal was still possible, saying the EU was "working hard" on it.

"Our economies, on both sides of the Channel, were severely hit by the pandemic and we should do everything possible to find an agreement that is manageable so we do not increase the negative impact on our economies," she said.

The EU says negotiators must seal an agreement by the end of October or early November, to leave time for ratification by the European Parliament and some national parliaments in the EU so that it can take effect from 2021 when Britain`s standstill transition ends after Brexit.

Otherwise, the delicate peace on the island of Ireland as well as an estimated trillion euros worth of annual EU-UK trade would be at risk as the sides would fall back on general World Trade Organization rules that include tariffs and quotas.

Who is Rishi Sunak? Indian-origin man can be next UK PM|Know his Infosys co-founder Narayana Murthy connection