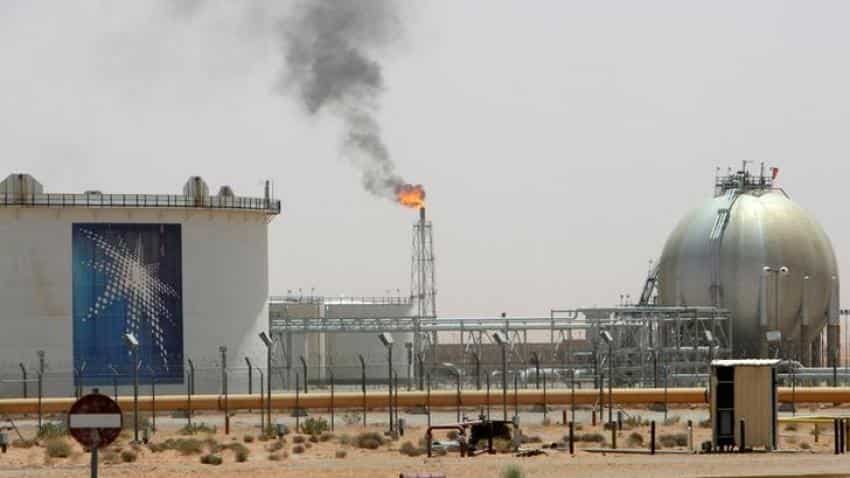 Gas flame is seen in the desert near the Khurais oilfield. Image Source: Reuters
Written By: Reuters
RELATED NEWS

Saudi Arabia has told its US and European customers it will reduce oil deliveries from January, as Russia said it was confident non-OPEC producers would fully join OPEC`s output limits on Saturday in the first such move since 2001.

Saudi Arabia told the customers about lower supplies in line with the output reduction agreed by the Organisation of the Petroleum Exporting Countries (OPEC) last week, according to a Gulf oil industry source familiar with Saudi oil policy.

"We told our customers of the allocations and the compliance with allocations (for the cuts) for Saudi Arabia is 100%," the source said.

He said cuts to Asian refiners would be lower than those to Europe, the United States (US) and to major oil companies.

"We are cutting more in the US because the inventories ... are very high," the source said.

OPEC will meet non-OPEC producing countries in Vienna on Saturday, hoping non-OPEC will commit to cutting 600,000 barrels per day (bpd) after its own members agreed to cut 1.2 million bpd last week.

"We will know the exact numbers tomorrow but I am expecting about 10 to 11 (non-OPEC) countries to be on the final declaration with specific numbers," he told reporters upon arriving to Vienna.

So far only Russia and Oman have pledged cuts, with one OPEC source saying Mexico could also contribute as much as 150,000 bpd.

In contrast, Kazakhstan plans to boost output in 2017 as it launches the long-delayed Kashagan project.

Russia is expected to shoulder half of the non-OPEC cut, but on Friday sources in Moscow signalled there were snags that needed to be addressed before a deal could be reached, including full compliance with cuts by all parties involved.

"I look with optimism at tomorrow`s event," said Alexander Novak. "I think that we will agree and we must agree."

No Cuts for Asia

OPEC`s second largest producer Iraq has notified US and European buyers of its crude about planned cuts, according to an industry source familiar with the matter.

State-run Kuwait Petroleum Corporation (KPC) said it planned to notify its international crude customers soon about reductions to their allocations.

Iraq and Kuwait have committed to cuts to their oil outputs of 210,000 bpd and 131,000 bpd respectively under the OPEC deal.

Sources at eight refiners in Asia told Reuters they had been notified by state oil giant Saudi Aramco that in January it was set to supply full crude amounts.

Of those eight, three refiners said they would load extra volumes they had requested. The sources declined to be identified as they were not authorised to speak to the media.

"It`s quite telling as there are not only no supply cuts, but they have given extra volumes," one of the sources said, indicating that the move underscored that producers were eager to maintain market share in fast-growing Asian markets.

Some of the extra volumes were committed before the OPEC meeting on Nov. 30, when output cuts were agreed.

"It seems that Saudis do not trust Mr Sechin after his mockings back in 2008/2009 as he repeatedly promised and disappointed them on cuts," Commerzbank analyst Eugen Weinberg told the Reuters Global Oil Forum, referring to Igor Sechin, the CEO of top Russian oil producer Rosneft.

"I see the Saudi strategy for January deliveries to Asia as a confirmation of this distrust."

Sechin has long been a harsh critic of cooperation with OPEC. However, Sechin has kept a low profile recently and this week agreed to sell a stake in Rosneft to a consortium of commodities trader Glencore and Qatar - a key ally of Saudi Arabia in OPEC.