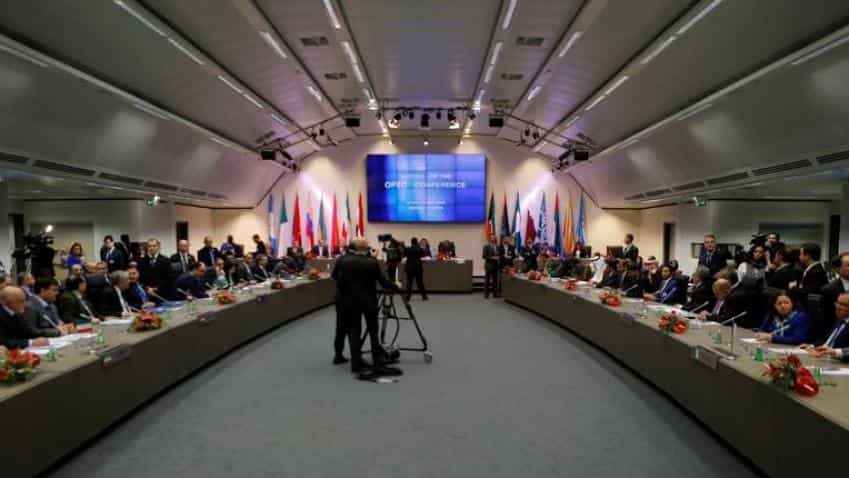 The reduction is effective from January 1, 2017, and is the cartel`s first oil reduction since 2008. A view of the OPEC meet in Vienna. Image Source: Reuters

The Organization of the Petroleum Exporting Countries (OPEC) agreed on Wednesday to reduce their production of crude oil to 32.5 million barrels per day, which lead to a surge in oil pricing, media reports said.

The reduction is effective from January 1, 2017, and is the cartel`s first oil reduction since 2008. The reduction is being coordinated with the non-OPEC country Russia, who promised to cut its production by 300,000 barrels per day, Xinhua news agency reported.

Saudi Arabian energy minister Khalid al-Fali announced the deal at the end of a ministerial conference in Vienna.

He said he was very happy as this was the sort of deal they were looking for, which would bring stability to the market.

According to him, all OPEC countries would participate except three: Indonesia, Liberia and Nigeria.

Qatar`s energy minister Mohammed Al-Sada, president of OPEC, said the agreement was reached unanimously except for Indonesia, who has now suspended its membership of the cartel.

According to data offered by OPEC, the largest oil producer, Saudi Arabia took the biggest part of the reduction, 486,000 barrels per day.

OPEC crude output rose to a record 33.83 million bpd in October, according to the International Energy Agency (IEA), output from the group`s 14 members has climbed for five months running.

The market was boosted by the release of OPEC deal details.