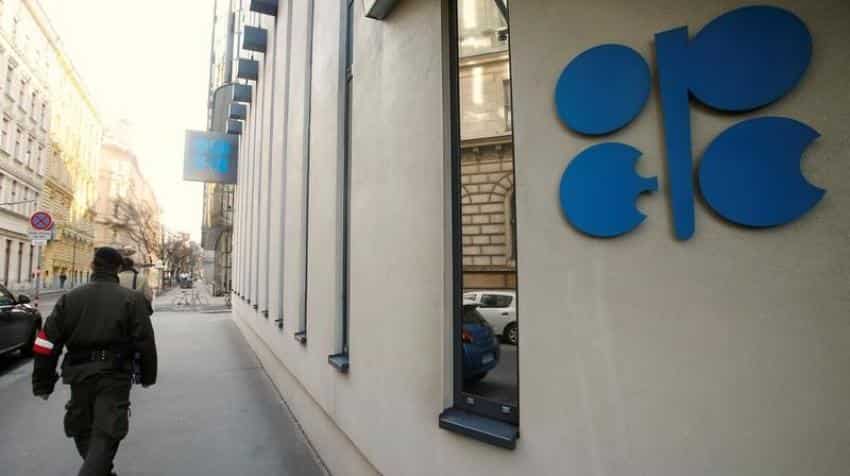 A soldier patrols in front of the OPEC headquarters in Vienna. Image Source: Reuters
Written By: Reuters
RELATED NEWS

OPEC began on Wednesday debating a deal to curtail oil production in an effort to prop up the price of crude, with Iran and Iraq resisting pressure from Saudi Arabia to participate fully in any action.

Ministers from the Organisation of the Petroleum Exporting Countries (OPEC) met informally at 0700 GMT at the Vienna Park Hyatt hotel and were due to begin a formal gathering at OPEC headquarters at 0900 GMT.

"I`m optimistic," said Iranian Oil Minister Bijan Zanganeh, adding there had been no request for Iran to cut output.

"I think we are looking at a very positive meeting," said UAE Energy Minister Suhail bin Mohammed al-Mazroui. His colleagues from Angola, Algeria and Nigeria also said they believed OPEC would reach a deal on Wednesday.

Brent crude rose more than 4% to over $48 a barrel, after heavy losses a day earlier.

On Tuesday, Iran wrote to OPEC saying it wanted Saudi Arabia to cut production by as much as 1 million barrels per day (bpd), much more than Riyadh is willing to offer, OPEC sources who saw the letter told Reuters.

OPEC said it would exempt Iran, Libya and Nigeria from cuts as their output has been crimped by unrest and sanctions.

The deal was seen as a victory for Iran. Tehran has long argued it wants to raise production to regain market share lost under Western sanctions, when its political arch-rival Saudi Arabia increased output.

Documents prepared for Wednesday`s meeting propose the group cut production by 1.2 million barrels per day from October levels, an OPEC source familiar with the papers said.

The argument between Iraq and Saudi Arabia mainly focuses on whether Baghdad should use its own output estimates to limit production or rely on lower figures from OPEC`s experts.

Some analysts including Morgan Stanley and Macquarie have said oil prices will correct sharply if OPEC fails to reach a deal, potentially going as low as $35 per barrel.