"Monetary policy in general is likely to shift from ultra-accommodative to more neutral as inflation rises but remains well below longer-term averages," the Standard Chartered report said, adding "The biggest risk to global growth in 2018 is complacency; warning signs, if ignored, could turn ‘barks’ into ‘bites’," said the report 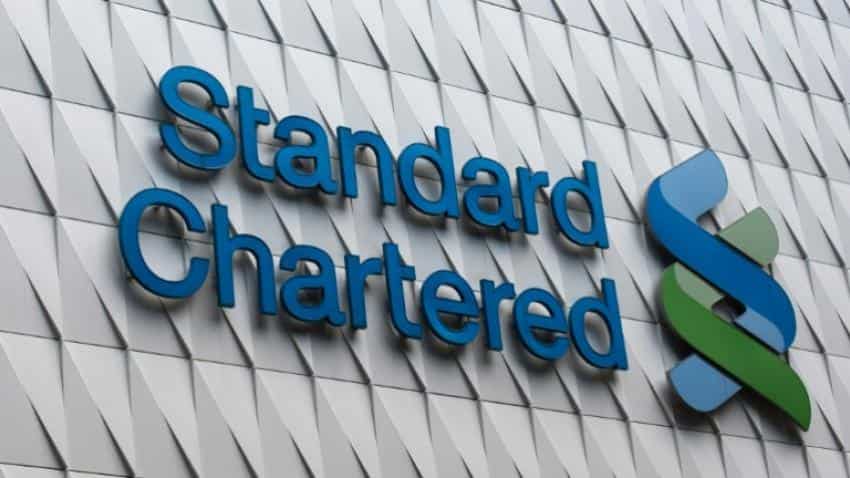 Standard Chartered in its latest report said that China’s growth is likely to ease moderately as it continues to rebalance towards consumption from investment, and growth in the US and euro area is expected to exceed ten year averages.

"Monetary policy in general is likely to shift from ultra-accommodative to more neutral as inflation rises but remains well below longer-term averages," the Standard Chartered report said, adding "The biggest risk to global growth in 2018 is complacency; warning signs, if ignored, could turn ‘barks’ into ‘bites’."

"Standard Chartered expects the Fed to hike the federal funds target rate (FFTR) to 2.0 per cent by the start of H2. More important than the Fed in 2018 may be the actions of the ECB and BoJ; the current policy mix is uncharted territory for global central banks, and the removal of aggressive stimulus may have a more detrimental effect on sentiment, markets and growth than is expected today."

Global trade may not perform as strongly as in 2017. Asia, the region most open to trade, cannot count on the same degree of external support that it received in 2017. Two of the drivers of stronger exports in 2017 were temporary: the recovery in prices of exported goods and China’s inventory restocking cycle. It is expected that US and euro-area growth will be more driven by pent-up investment demand in 2018, which has historically been less supportive of emerging markets than consumer demand-driven growth.

Stretched leverage cannot be ignored. China’s growth and productivity have already suffered for years under the weight of excessively leveraged state-owned companies. While China’s households are experiencing rapid credit growth, this is from a low base and is unlikely to pose a risk for the next three to five years. Government debt service ratios are rising in some frontier emerging markets. Markets are not focusing much on this risk for now but the global financial-markets environment may not be as supportive by H2-2018 as major central banks’ liquidity provision slows sharply.

Multiple political event risks could knock the markets, and global growth, off track. So far, US political actions have been more benign than feared. Beyond the US withdrawal from the Trans-Pacific Partnership (TPP), there have been few actions to trigger market panic. Legislative progress has disappointed in 2017, and it may become even more difficult as the mid-term elections approach in November 2018.

Political risks have risen in the Middle East, including in the previously predictable Gulf Cooperation Council (GCC) bloc. A further deterioration could lead to more market volatility and currency pressures.

In Europe, political risks may crop up on multiple fronts. There is a 50:50 chance of a new election in Germany in Q1-2018, with the risk of a second inconclusive outcome. The clock is running down on Brexit negotiations, making 2018 a crucial year for this process. If negotiations become more disorderly, this will raise the risk of a cliff-edge or ‘no deal’ outcome in Q1-2019.

David Mann commented: “In 2010, we first published our view that the world economy was in a super-cycle – a period of above-average growth, driven by industrialisation and urbanisation in emerging markets. However, the super-cycle failed to get back on track after the global financial crisis because of the poor performance of economies in the West. While they are no longer the most important drivers of global growth, the world economy will struggle to achieve growth beyond 4 per cent in the absence of significantly faster growth in the US and EU.”