In the US 57% of users matched with Hillary Clinton and 43% matched with Donald Trump, based on the issues alone 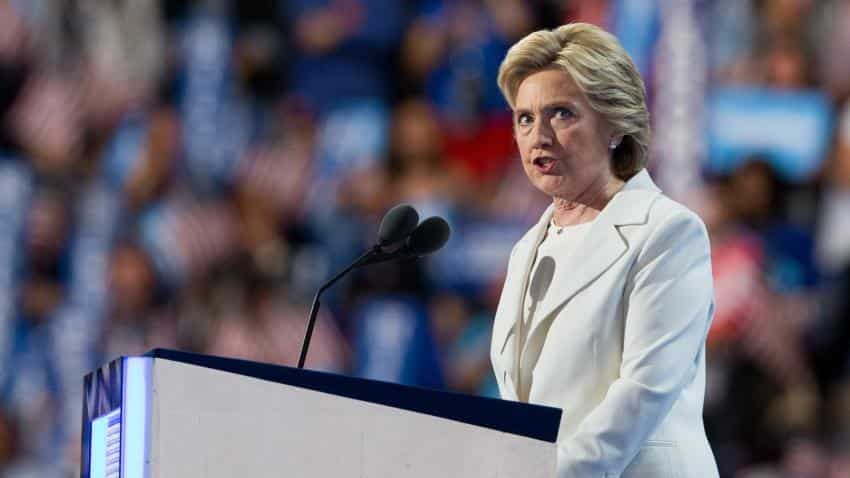 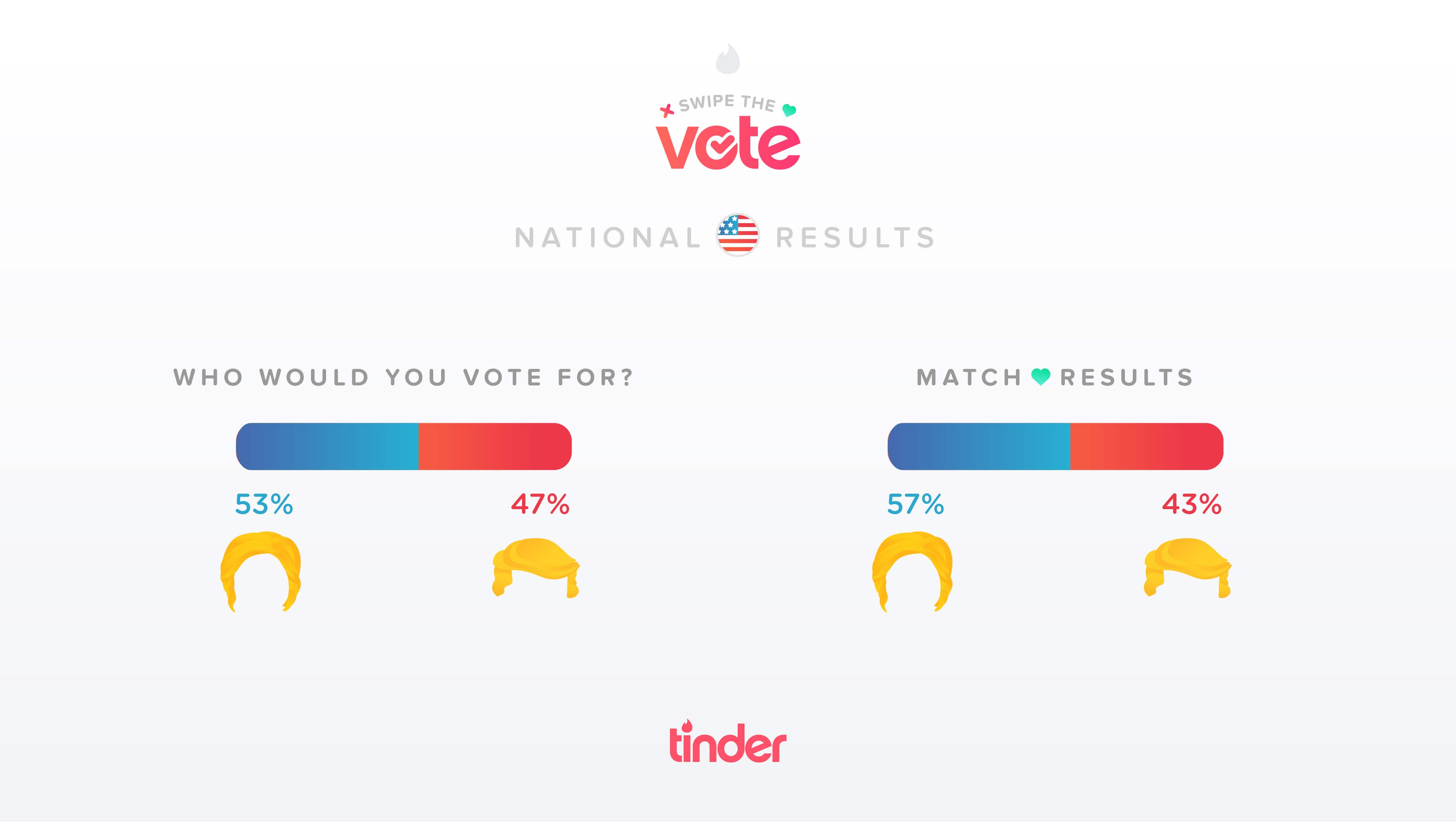 The poll was launched in partnership with Rock to Vote and gave people an idea regarding which way millennials will swing. In the US 57% of users matched with Hillary Clinton and 43% matched with Donald Trump, based on the issues alone. Apart from that, 53% of Tinder users in the US say they plan to vote for Hillary Clinton and 47% of users plan to vote for Donald Trump.

India was also one of the countries in which the poll was conducted and had a massive 96% of female voters in India matching with Hillary Clinton. 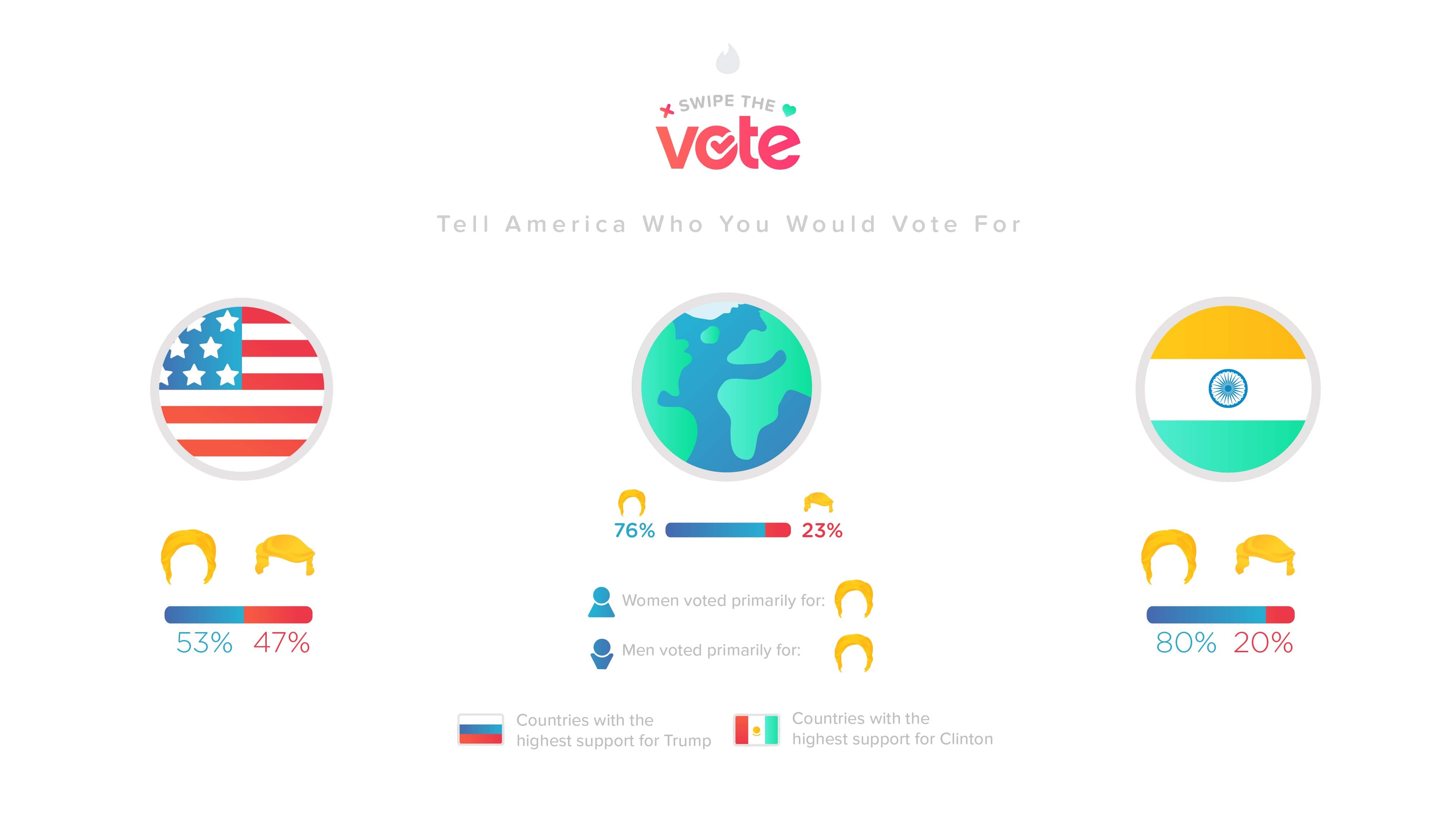 A large majority of women and men voted for Clinton, as she received 76% votes in comparison to 23% for Trump.

The only country in which Trump garnered more support than Hillary was in Russia, where 71% of the users voter for him. This comes despite 76% of the Russian users matching with Hillary Clinton in terms of their stand on issues. 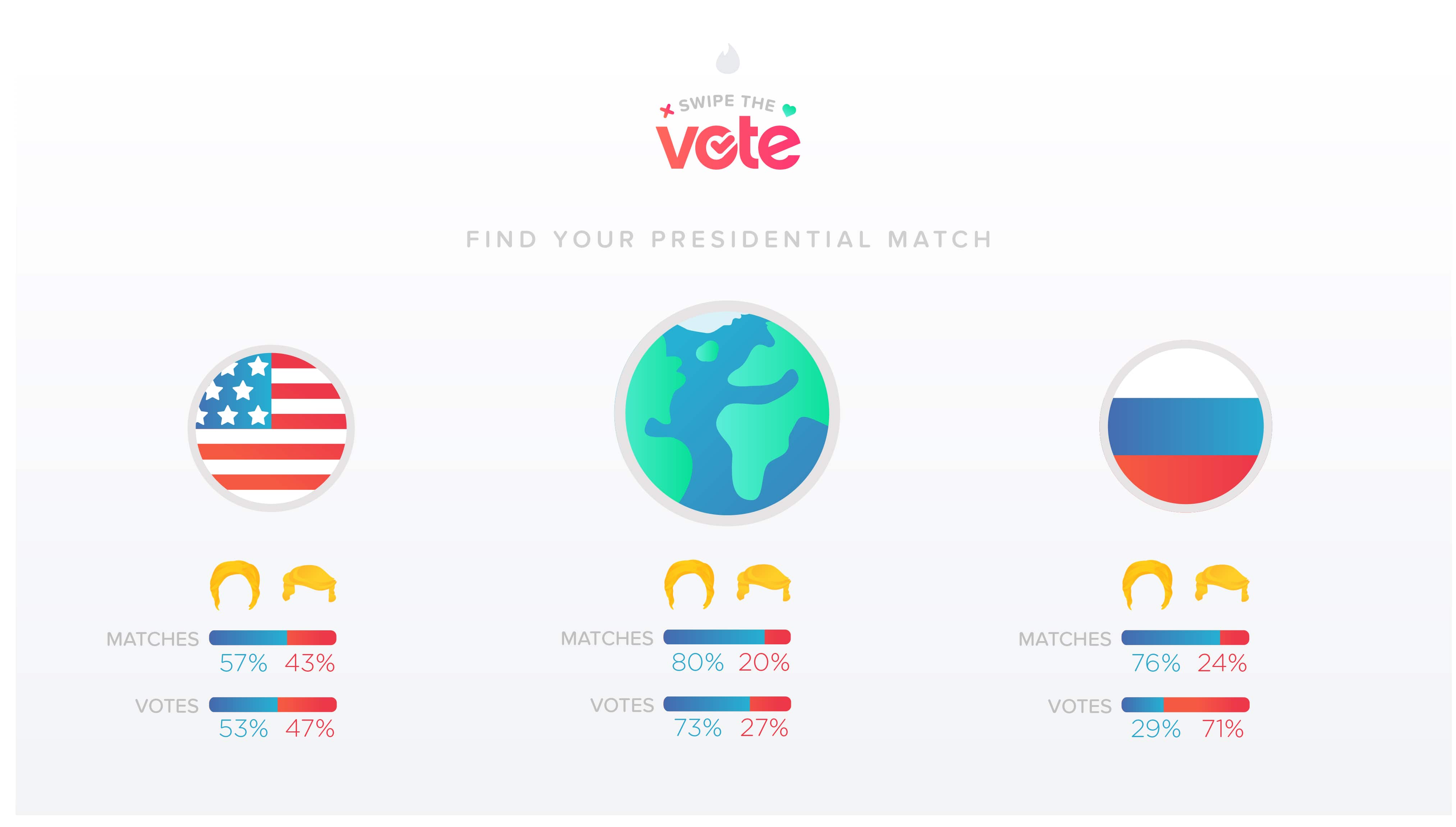