The world's highest-paid actor, Dwayne Johnson is finally unemployed. Yes, you read it right. The Rock, as some of you may know him, has no work. 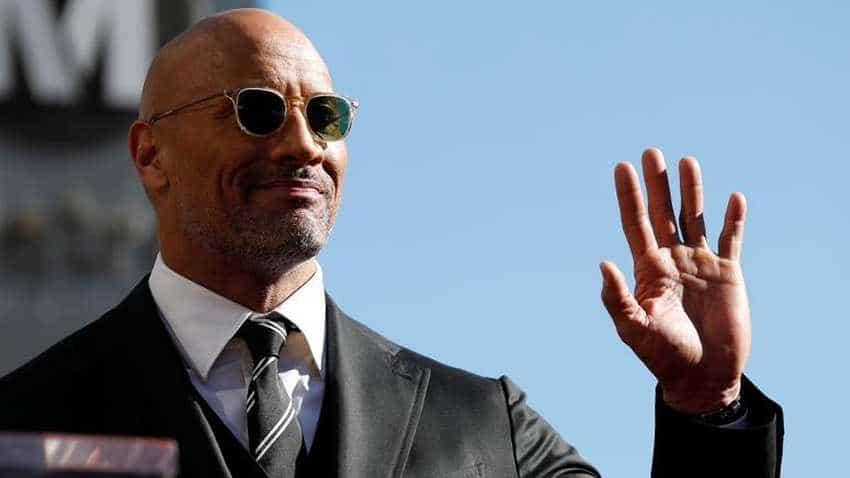 The world's highest-paid actor, Dwayne Johnson is finally unemployed. Yes, you read it right. The Rock, as some of you may know him, has no work. And, as expected the wrestler-turned-actor plans to spend this time with his family. "I`m unemployed, man!" Johnson told the the Wall Street Journal, adding: "It`s honestly been the best. It`s so nice to have this downtime with the family, just taking a breather." However, this doesn't mean that you won't see the actor on screen for a while.

He has also completed several projects that are scheduled to release over the coming months including "Jumanji: The Next Level", to which he is attached as a producer as well. The movie stars Johnson, Kevin Hart, Karen Gillan, Jack Black and Nick Jonas. New addition to the cast include Awkwafina, Danny DeVito and Danny Glover. In India, the film releases on December 13, 2019 in Hindi, English, Tamil and Telugu.

The actor has also completed filming Disney`s "Jungle Cruise" and will also star in Netflix's "Red Notice" and DC's "Black Adam" - both slated for next year.

Earlier this year, Johnson was ranked as world's highest-paid actor by Forbes, beating Chris Hemsworth, Robert Downey Jr. and our very own, Akshay Kumar. According to the magazine, Johnson had collected $89.4 million between June 1, 2018, and June 1, 2019. He collected an upfront salary of up to $23.5 million—his highest quote yet—for the forthcoming Jumanji: The Next Level. He also commands up to 15% of the pool from high-grossing franchise movies, including Jumanji: Welcome to the Jungle, which had a worldwide box office of $962.1 million.

The actor is also paid $700,000 per episode for HBO’s Ballers and seven figures in royalties for his line of clothing, shoes and headphones with Under Armour.