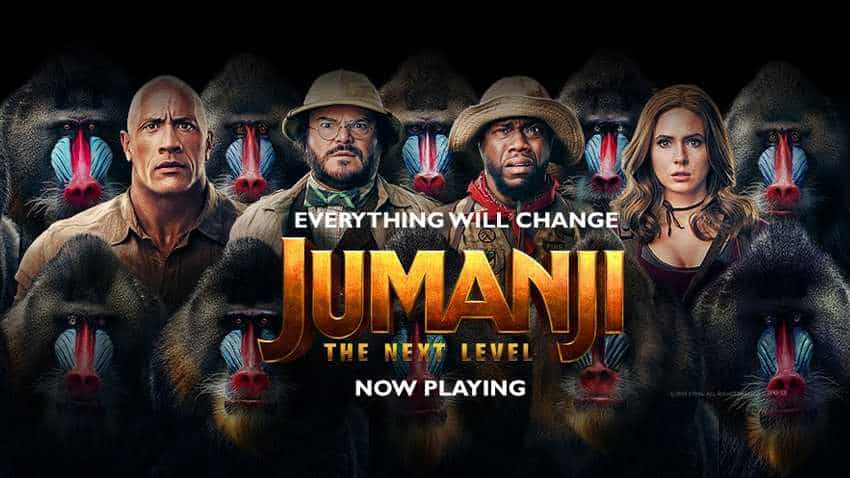 According to trade analyst Taran Adarsh, Jumanji: The Next Level was on overdrive on day 2 and recorded superb growth. Photo from https://twitter.com/jumanjimovie
Written By: Prashant Singh
RELATED NEWS

The fantasy comic adventure "Jumanji: The Next Level" picks up where 2017's "Jumanji: Welcome To The Jungle" left off, but there is a difference.

The twist is that the grandfather (played by Danny DeVito) of one of the game's original players and his oldtime buddy (Danny Glover) get transported into the game, too. Sony Pictures Entertainment India released the new sequel of the "Jumanji" franchise in India.

Earlier, actress Priyanka Chopra said that she is proud of her husband-actor Nick Jonas, and has congratulated him for his forthcoming film 'Jumanji: The Next Level'. Priyanka missed the film's premiere in Los Angeles as she is shooting for her next 'The White Tiger' in Delhi. She showed her support for Nick through Instagram.

In a special message on her Instagram Story, Priyanka called Nick her 'love' and said that she is proud of him while congratulating him for the movie.

"So proud of you my love! So much fomo! Congratulations on #JumanjiNextLevel," she wrote.