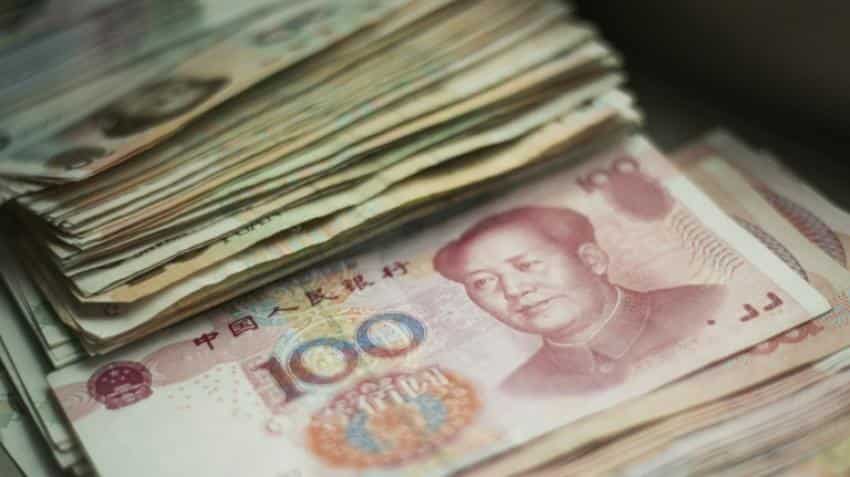 China has been struggling to prop up the falling unit in the face of a huge flight of capital from the country as the prospects of better and safer returns in the United States (US) entice investors away. Image Source: AFP
Written By: AFP
RELATED NEWS

The mouthpiece of China’s Communist Party said on Friday there was “no need to worry too much” about downward pressure on the yuan as the currency wallows at more than eight-year lows against the dollar.

China has been struggling to prop up the falling unit in the face of a huge flight of capital from the country as the prospects of better and safer returns in the United States (US) entice investors away.

And the central People`s Bank of China (PBOC) faces further headwinds after the US Federal Reserve on Wednesday hiked borrowing costs and indicated three more next year, leading to warnings from analysts of further outflows of cash.

However, in a commentary on Friday the People`s Daily said many fear the US hike “will put further depreciation pressure on the yuan, increasing the capital outflow”, but “there is no need to worry too much”.

The call for calm came as the PBOC set the value of the yuan at 6.9508 against the dollar, down 0.32% from Thursday’s fixing, according to data from the Foreign Exchange Trade System, marking the lowest level since May 2008.

The yield on China`s 10-year sovereign bonds has surged 30 basis points so far this week, the most since January 2009, according to Bloomberg News.

Nevertheless, the People`s Daily cautioned against concern, noting that the dollar is no longer the sole factor affecting the market.

“The days of `when the US sneezes, the whole world gets a cold’ have drifted away. Liquidity in the world market nowadays is no longer simply all in US dollars,” the piece said, adding the market can choose euros instead.

The PBOC has let the unit depreciate by more than 4% since October, compared with the 2.8% fall in the first nine months of this year.

China also faces an uncertain 2017 as Donald Trump moves into the White House, having won an election in which he promised to battle China on trade and claiming the country is a currency manipulator looking to give its exporters an unfair advantage.

But while the yuan will face short-term downward pressure, the commentary said, "in the long run, it’s China’s economic fundamentals that will decide the direction of the renminbi".

It added that China’s economic performance “can provide strong support” for the yuan to remain “basically stable”, echoing language authorities have used all year to reassure jittery investors, despite the currency`s continued slide.

A raft of positive recent data have raised hopes China`s economy -- a key driver of global expansion -- may be stabilising after years of slowing growth, while a Bloomberg survey of experts showed they see a better-than-forecast performance this year and next.

In August 2015, the People`s Bank of China (PBOC) announced a surprise 5% devaluation of the yuan. Since then, the currency has fallen another 6%.

The initial devaluation, Beijing said, was intended to make the yuan trade closer to its market value as the country lobbied for the unit to join the International Monetary Fund`s (IMF) elite basket of currencies.