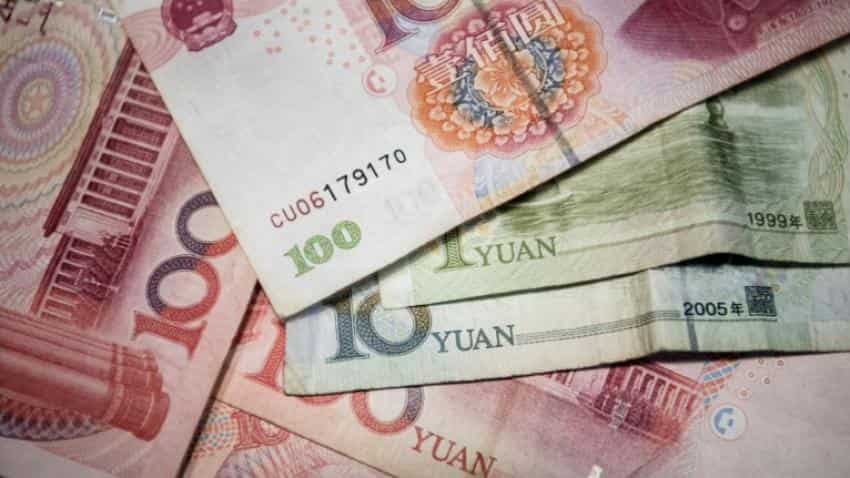 China only allows the yuan to rise or fall 2% on either side of the daily fix, one of the ways it maintains control over the currency. Image Source: AFP
Written By: AFP
RELATED NEWS

China weakened the yuan's reference rate to beyond 6.9 to the dollar for the first time in more than eight years on Thursday as the surging greenback further pressures the carefully controlled unit.

The People’s Bank of China (PBOC) set the value of the yuan -- also known as the renminbi -- to 6.9085 to the dollar, down 0.26% from Wednesday’s fixing, according to data from the Foreign Exchange Trade System.

The dollar rose to 14-year peaks as markets expect the US Federal Reserve to hike interest rates next month.

China only allows the yuan to rise or fall 2% on either side of the daily fix, one of the ways it maintains control over the currency.

It weakened it for 12 consecutive sessions up to and including Monday, and Thursday’s level was the lowest since June 2008.

"There are no fundamental reasons for CNY to do anything other than weaken," Michael Every, head of Asia-Pacific financial markets research at Rabobank, told AFP in a written response, referring to the onshore yuan quote.

"Growth is artificially supported by unsustainable state spending and borrowing; there are still major capital outflows; the US dollar is firming; rates are about to be raised in the US; and China could be negatively impacted by tariffs as soon as January 20."

US President-elect Donald Trump promised during his campaign to declare China a currency manipulator on his first day in office, and threatened to slap 45% punitive tariffs on Chinese imports to protect jobs.

The onshore yuan was quoted at 6.9194 in late morning trading on Thursday, down 0.39% from Wednesday’s close of 6.8928, according to the Foreign Exchange Trade System.

In August of last year, Beijing suddenly devalued the yuan, causing investors to dump the unit in volumes not seen since 1994 and sparking an outflow of capital from China.