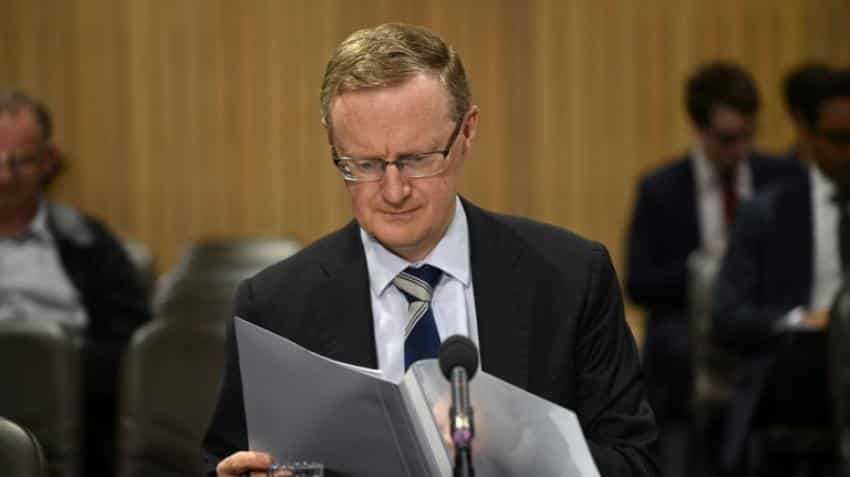 The central bank on Tuesday held interest rates at a record-low 1.50%, as governor Philip Lowe said that "some slowing in the year-ended growth rate is likely, before it picks up again". Image Source: AFP
Written By: AFP
RELATED NEWS

Australia`s economy contracted for just the fourth quarter in 25 years, official data showed on Wednesday, slowing the annual growth rate to 1.8% amid weaker government and consumer spending on top of softer trade figures.

The Australian Bureau of Statistics reported a 0.5% contraction for the September quarter.

It was the weakest figure in eight years -- despite the recent upswing in commodity prices -- and underlined the challenges facing a country in transition from a mining investment boom.

"The contraction in real gross domestic product (GDP) recorded in the September quarter is not just a reminder, not just a wake-up call or a warning about being complacent when it comes to economic growth," Treasurer Scott Morrison told reporters in Canberra.

"It is a demand to support economic policies that drive the investment needed... to survive in a tough and competitive environment."

The latest figures -- at the lower end of analysts` forecasts -- came after a stellar second-quarter report that saw the economy expand by a revised 0.6%, to mark a quarter of a century that Australia has avoided recession.

The Australian dollar fell about half a US cent to 74.25 cents.

"It was even weaker-than-expected, and consumer (spending) was a big disappointment," JP Morgan economist Ben Jarman told AFP.

"We are of the view that the Reserve Bank of Australia (RBA) is going to have to ease to keep growth at a satisfactory level."

Government investment fell by 0.2% for July-September, while household spending grew by a slow 0.4%.

The central bank on Tuesday held interest rates at a record-low 1.50%, as governor Philip Lowe said that "some slowing in the year-ended growth rate is likely, before it picks up again".

Despite the negative quarter, Australia`s economy was still powering forward in comparison to its developed world peers, Morrison said.

"Our annual real growth is still higher than six out of the world`s G7 economies, second only to the United Kingdom (UK). Higher than the US, Canada, Japan, Germany, and higher than the OECD average," he said.