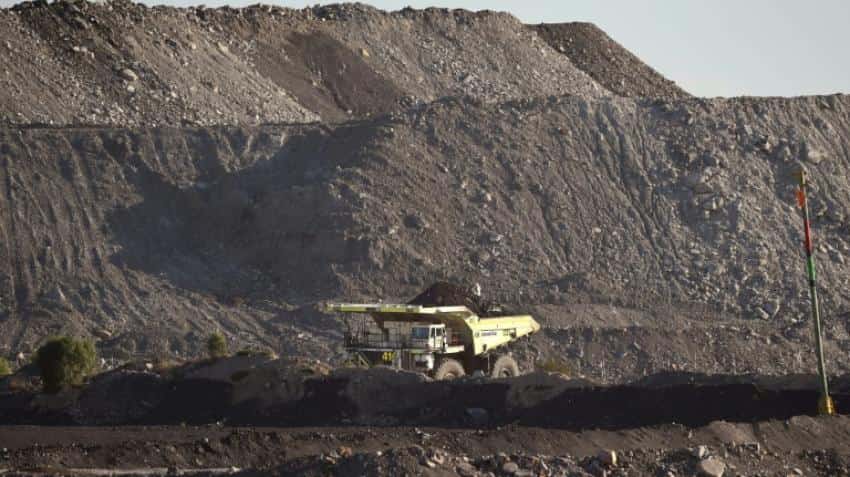 Adani Enterprises` Carmichael coal mine -- destined to be one of the world`s biggest -- has encountered numerous regulatory and legal hurdles, leading to six years of delays. Image Source: AFP

A controversial India-backed Aus$21.7 billion (US$16 billion) giant coal project near Australia`s Great Barrier Reef is set to start construction by the middle of next year, the miner said Tuesday.

Adani Enterprises` Carmichael coal mine -- destined to be one of the world`s biggest -- has encountered numerous regulatory and legal hurdles, leading to six years of delays.

It has also been criticised by environmentalists who say it will hurt the reef, a World Heritage-listed biodiverse site stretching along Australia`s northeastern coast, which is already threatened by climate change.

"We want to start construction in the middle of next year," Adani Australia chief executive Jeyakumar Janakaraj told reporters after meeting with Queensland state Premier Annastacia Palaszczuk in the city of Townsville.

"There will be early works we plan to start in the quarter of June-July and we would want to start the main works from the last quarter of the year."

The development proposes exporting coal to India via a massive open-cut and underground coal mine 160 kilometres (100 miles) northwest of Clermont in central Queensland, and a 189-kilometre rail link to port.

Adani forecasts it will produce 60 million tonnes of thermal coal a year for export.

The project has been given the green light by the federal and state governments but is still waiting for a water license to be approved.

It also faces three ongoing legal challenges, although Janakaraj said he was heartened by support from the state government.

Palaszczuk said she had an "iron-clad guarantee" from Adani that the mine -- which she projected would create 10,000 jobs and be operational for up to six decades -- would not source workers from overseas and instead give Queenslanders priority.

Janakaraj would not comment on reports that the federal government was likely to contribute Aus$1.0 billion to the project`s railway line.

Environmentalists have slammed the prospect of government funding, saying it placed the interest of polluters ahead of Australians.

"Adani has a mining licence, but no social licence," the Australian Conservation Foundation said in a statement.

"Any investment in coal in the 21st century is a dud investment. Australians will lose this money and it will fund the death of the much-loved Great Barrier Reef."

The reef -- also under threat from farming run-off, development and the crown-of-thorns starfish -- experienced its worst-ever bleaching event this year, which has been blamed on global warming.

Janakaraj brushed away the criticism, saying the project was a "net positive impact on climate change in the world".

"India is a large consumer of coal either way. So if Australia doesn`t produce and give India high-quality, highly sustainable mining, it is going to rely on coal that will come from lesser reliable geographies," he said.