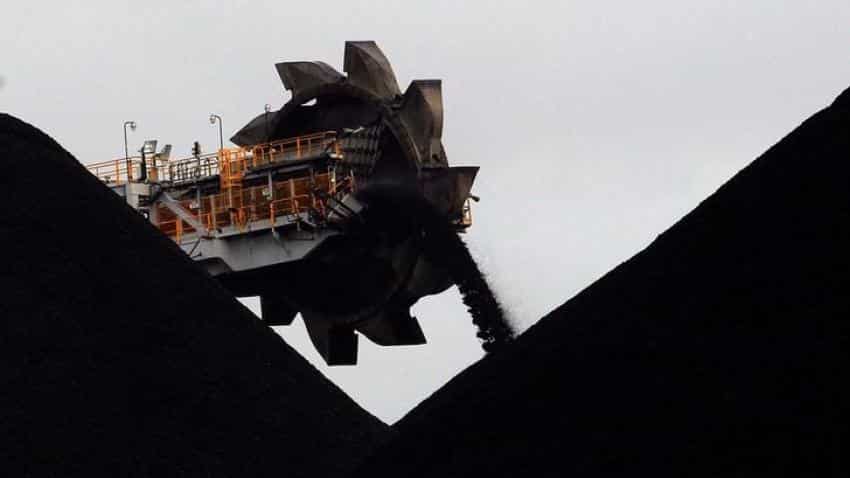 A reclaimer places coal in stockpiles at the coal port in Newcastle. Image Source: Reuters
Written By: Reuters
RELATED NEWS

Adani Enterprises Ltd reached a milestone on Monday in its bid to build a controversial $16 billion coal project in northern Australia, winning approval for part of a rail link to service the planned mine.

The mine has now secured all major state and federal government approvals, said the Queensland state government, whose premier will meet with chairman and founder Gautam Adani in the northern city of Townsville on Tuesday.

"I do expect to meet Mr Adani and I have got no doubt we will be discussing his proposed substantial investment in Queensland," Turnbull told reporters in Melbourne.

The Carmichael mine has faced years of legal delays and rollercoaster coal prices, amid strident opposition from environmentalists opposed to coal mining and concerned at the impact the mine will have on the Great Barrier Reef.

Adani, India`s biggest solar power producer and top coal-fired generator, said in October it was preparing to start construction of the mine in 2017, although it still faces several court challenges and appeals.

Queensland state premier Annastacia Palaszczuk said she will meet Gautam Adani on Tuesday to gain an assurance the firm will use local labour for the coal, rail and port project, rather than foreign workers.

The mine would be twice the size of Australia`s current largest coal mine and would yield as much as 60 million tonnes of coal per year from the site for 60 years.

Prices for the thermal coal Adani would mine have doubled since June to more than $100 a tonne last month as electricity generators across Asia clamour for limited supplies, but have recently eased back to around $90. [GCLNWCPFBMc3]

Adani last month said it had secured land to build two solar farms in Australia, together worth A$400 million ($300 million) as part of a five-year drive to construct 1,500 megawatts of solar energy plants in the country.