Job creation has become a major concern for the government, as 10 million Indians enter job market every year. The government has faced criticism from various quarters for failing to create adequate number of jobs. 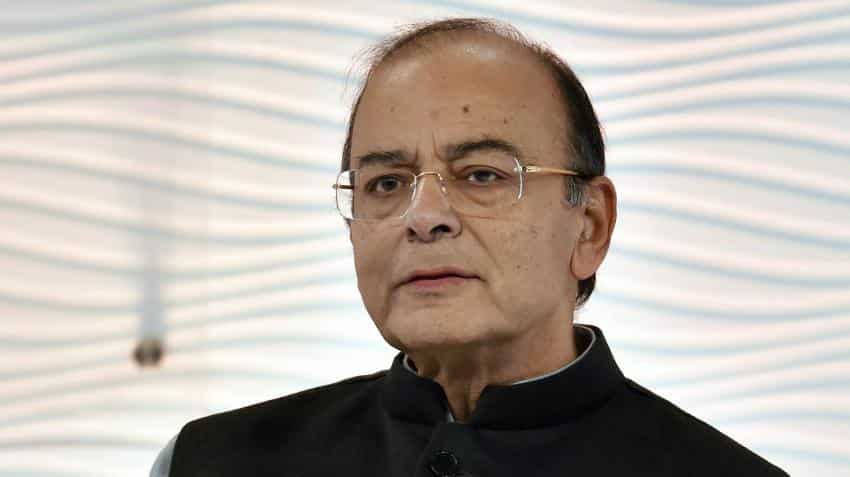 FM Jaitley has to fulfill some of the promises the government had made. Image source: PTI

Finance Minister Arun Jaitley will present Union Budget 2018-19 in the Upper House of Parliament tomorrow. Expectations from various sections are high, as this is the last full budget before the 2019 general elections and Narendra Modi government has to win over hearts and minds of rural populace.

With this budget, Jaitley has to fulfill some of the promises the government had made.

Job creation has become a major concern for the government, as 10 million Indians enter job market every year. The government has faced criticism from various quarters for failing to create adequate number of jobs.

Make in India is Prime Minister Narendra Modi's pet project with the aim of creating manufacturing jobs in the country. The primary objective of this initiative is to attract investments from across the globe and strengthen India’s manufacturing sector. It is being led by the Department of Industrial Policy and Promotion (DIPP), Ministry of Commerce and Industry, Government of India.

The PM said Make in India programme will foster economic growth as it aims at utilising the existing Indian talent base, creating additional employment opportunities and empowering secondary and tertiary sector.
However, manufacturing sector has long  way to go before it can achieve the desired milestone. Revival of the sector is one of the biggest challenges before the governement in this budget.

Prime Minister Narendra Modi’s ambitious project ‘Digital India’ and his vision of e-governance and paperless economy might get a push with the Budget 2018. The Finance Minister is likely to address the roadblocks in the path of Digital India. The government has urged the citizens to adopt more paperless methods to connect with it and receive benefits without any intermediaries.

Many will be eagerly waiting for the disinvestment target for the financial year 2019 as the Finance Minister presents the Budget 2018 tomorrow. Ahead of this year's Union Budget, the Narendra Modi-led NDA government has raised a record Rs 91,253 crore.

FM Arun Jaitley in his last budget had set a fiscal deficit target of 3.2% for FY-18 and that of 3% for FY-19. However, it is highly likely that the Finance Minister is likely to slip from his target.

The stock market has been on a bull run with the Sensex crossing the 36,000 mark. The market rally further will depend on how Jaitley pleases the Street with sops.

Non-performing assets (NPAs) crisis of the public sector banks an issue that has been widely debated on various public platforms. Jaitley describe it as legacy issue. However, the government has taken various measures to resolve the issue. With this objective, the government has enacted Insolvency and Bankruptcy Code, 2016 (IBC). The government has also announched massive fund infusion in these banks, with riders.

High corporate indebtness is directly related to the non-performing assets issue. However, as the economy is looking up, there might be some announcements for improvement in the financial health of companies.

However, higher crude oil prices also bring in higher revenues for the government.

Recovering from the painful impact of note ban and goods services tax (GST), infrastructure sector is staring at the budget for a booster package. PM Modi’s flagship scheme ‘Housing for All’ may be extended more funds.
Fund crunch is one of the major reasons for stalled projects. The budget is likely to work on strengthening of alternate funding avenues such as corporate debt market, foreign investments in infrastructure projects, Infrastructure Investment Trusts (InvIT) and National Investment and Infrastructure Fund (NIIF). It is remained to be seen what measures the government take to infuse capital into the indebted sector.

Cut in the tax slab is one of the major demands from the sizable middle-class. Before the election year, Jaitley has to please this salaaried class.

With the develoment of information technology, protection of the cyber space has become one of the important concerns for the government. Virtual space will get highly susceptible to breaches if the government push for ‘Digital India’ without proper cyber defence system.