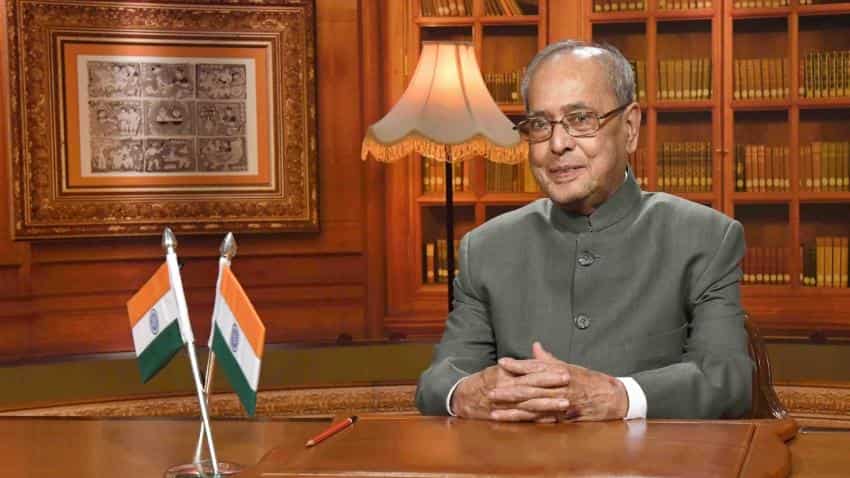 Addressing the joint sitting of both houses of parliament, the President said that core of the government`s policies was welfare of the poor, Dalits, farmers, labourers and the youth.

"My government salutes the strength of janashakti (people`s power) and pledges to constructively utilise it in Rashtra Nirman (nation building)," Mukherjee added.

11000 of 18000 villages which were in darkness since independence electrified in record time, says President.

My government committed to providing shelter to every houseless with appropriate interest subvention: Mukherjee said.

37 per cent of 1.5 crore beneficiaries of Ujjwala scheme to provide free LPG cylinder to the poor, belong to the SC/ST category.

A nationwide network of 50 India International Skill Centres is being established with the objective of providing training of global standards to the youth: President.

The govt is committed to social and economic equality for the deprived and disempowered sections as enshrined in the Constitution, says Mukherjee.

Through the Stand-Up India initiative, the govt plans to empower over 2-and-a-half lakh SCs, STs and women entrepreneurs, says President

All the schemes of my government are for the poor, deprived and underprivileged, says President.

The National Civil Aviation Policy, will give a major boost to air connectivity in the smaller cities and towns #PresidentMukherjee

By year end, all the meter gauge tracks in the North East will be converted into broad gauge lines, he says.