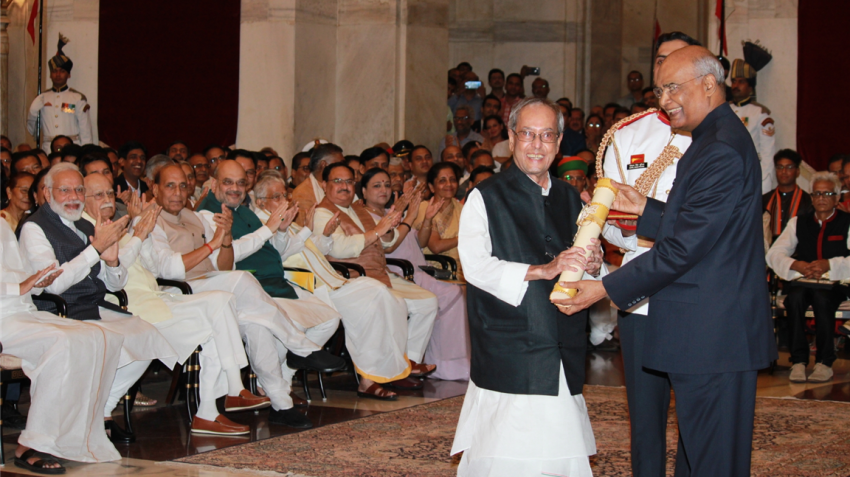 Deshmukh and Hazarika`s family members received the awards on their behalf while Mukherjee received it himself. President Ram Nath Kovind conferred the awards at a ceremony in Rashtrapati Bhavan.

Pranab Mukherjee's political career spanned about five decades, during which he held various key position in the Congress as well as in the governments led by Indira Gandhi, Rajiv Gandhi, P V Narasimha Rao and Manmohan Singh. He also served as India's 13th President from 2012-2017.

Prior to his election to the President's post, 83-year-old Mukherjee also served as the Union Finance Minister from 2009 to 2012.