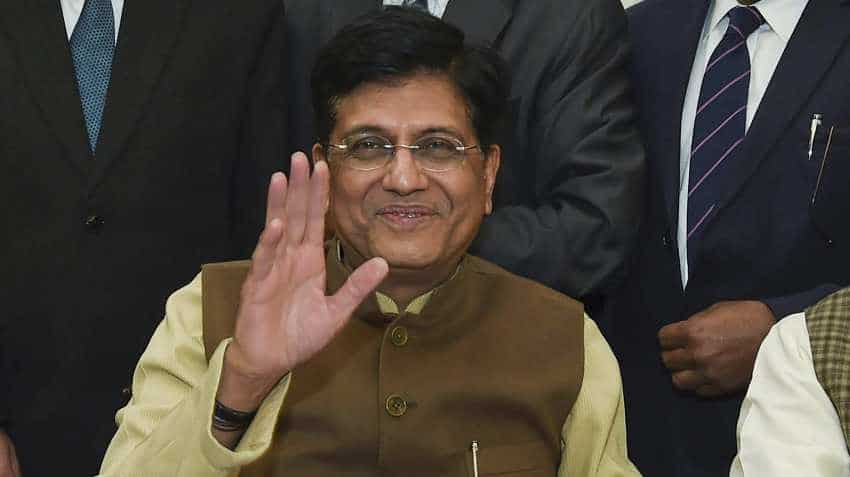 Budget 2019: The corporates have also been clamouring for reducing the peak rate from 30 to 25 per cent. Image source: PTI

Budget 2019: Even as expectations related to Modi government's last budget is still on whether it will be full-fledged financial statement or an interim budget, Union Finance Minister Piyush Goyal has given final touch to the Budget 2019, according an ANI tweet.

Ahead of the Lok Sabha elections, the NDA government's budget 2019 is expected to have tax sops for the middle class and also for corporates along with a relief package to address agrarian distress and the stressed small scale industry sector.

Goyal, who has been given charge of the finance portfolio in place of Arun Jaitley, who is in the US for medical treatment, is widely expected to break tradition by going beyond a vote-on-account budget by showering sops in various categories, according to an IANS report.

So far, the tradition has been that close to the general elections, an Interim Budget is presented in the Lok Sabha to seek a vote-on-account for four months to keep the wheels of official machinery running for ongoing programmes. After election process is over, the new government infact presents a full budget.

Arun Jaitley's statement from US that the Interim Budget may go "beyond the traditional " vote-on-account as tackling agricultural challenges "can`t afford to wait" has fuelled expectations that tomorrow's budget would not be a simple route exercise.

Since the budget is being presented ahead of the general elections, middle class tax payers, which form a big constituency of the BJP, are expected to see rise in the threshold exemption limit, from the present Rs 2.5 lakh to Rs 5 lakh per annum.

The corporates have also been clamouring for reducing the peak rate from 30 to 25 per cent.

With debacle in the recently held assembly elections, agriculture sector is also expected to receive good attention from the Modi government.

Amid these budget expectations, global ratings agency Fitch has warned against higher pre-election spending announcements in the upcoming interim budget which could risk a second consecutive year of fiscal slippage.

According to a note prepared by Fitch Ratings, pressure for new expenditure to attract votes, particularly among rural and small-business owner voters, has increased as polls have shown the ruling Bharatiya Janata Party (BJP) is becoming "less assured of victory in the general elections".

Populist spending would aggravate fiscal pressures, which are already building due to revenue shortfalls so far in FY19, the Fitch Ratings note addded.

Meanwhile, the Central government today sought cooperation from the opposition parties for smooth functioning of Parliament. Prime Minister Narendra Modi has also assured the opposition that the issues raised by them would be given due importance, while addressing the all-party meeting.