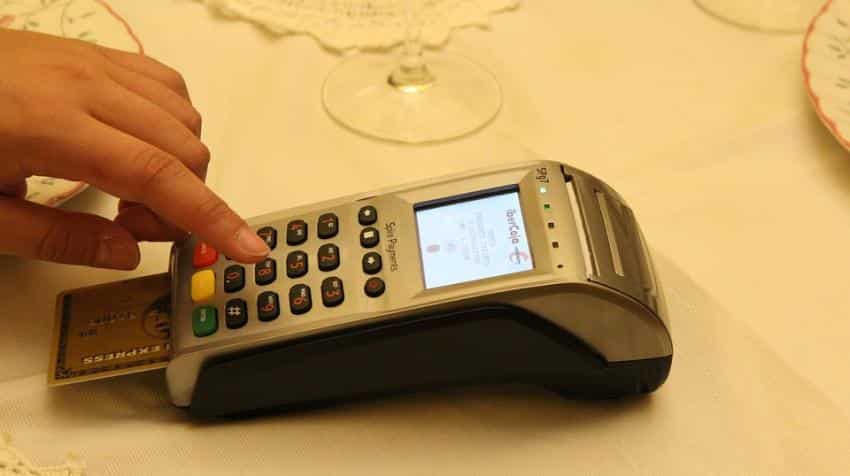 The Government of India for the first time will present the country's budget on February 1 as against its traditional practice of presenting it on February 28. Representational Image. Image Source: Pixabay

As India heads towards presenting its Union Budget 2017-18 and aiming to become a cashless economy, payment gateway companies are expecting its government to provide incentives, tax breaks and exemptions, among others to boost digital transactions.

The Government of India for the first time will present the country's budget on February 1 as against its traditional practice of presenting it on February 28.

After prime minister Narendra Modi in a surprise move on November 8 announced demonetisation of old currency notes of Rs 500 and Rs 1,000 from circulation it resulted in massive cash crunch across the country leading to unprecedented growth in digital transactions made through credit cards, debit cards, payment wallets, etc.,

The government's demonetisation move was aimed at curbing black money, corruption and terrorism whereby bringing transparency into the economic system via means of digital payments leading to its vision of making the country a cashless economy.

We managed to speak to some of the payment gateway companies to know about their expectations from Budget 2017 and learned that most of them expect the government to provide incentives, tax exemption and reduction in merchant discount rate (MDR) charges, among others to boost digital payments.

“Incentives in the budget should prevent banks from charging upfront large amounts of deposits to the payment gateway companies. Furthermore, these incentives should help banks focus on slashing the time taken to approve merchants to start selling online and accepting digital payments,” Telr's founder and chief executive officer Sirish Kumar, said in an e-mailed response to Zeebiz.com.

Kumar further said, “Banks should be willing to invest in a faster but secure ‘Know Your Customer’ process to on-board new merchant applications by the payment gateway companies.”

“To encourage export of Indian good and services, there is an expectation that government will introduce the next phase of reforms that will include introduction of goods and services tax (GST), lowering of tax rates, digitisation of processes for tax rebates, etc., In short, enabling Indian companies to be more competitive in the global market,”  Kulkarni added.

"Enable digitisation and payment via credit and debit card for all government fees and payments, taxes, penalties.This will result in huge adoption. Remove fuel surcharge of 2.5%," Happay chief operating officer and co-founder Varun Rathi, said in an e-mailed response to Zeebiz.

Some payment gateway companies expect the government to make digital payments as mandatory payment option and to provide tax breaks.

"India being a vast country with multiple economic drivers, one sure way to push adoption is by mandating large billers in compulsive spends like utilities, government and education to achieve 100% digitisation in a graded time-bound manner, and incentivise them accordingly," said TechProcess Payment Services chief financial officer Anand Ramachandran in a e-mailed response to Zeebiz.

“The existing waiver of 15% of service tax on digital transactions up to Rs 2,000 does not encourage universal acceptance of the online payment ecosystem. I expect that the Budget 2017 will completely exempt service tax from transaction fee in digital payments.This will help bring down the cost of products and services, leading to more merchants doing business digitally, thereby promoting online commerce and boost financial inclusion in India,” Razorpay chief executive officer and co-founder Harshil Mathur, said in an e-mailed response to Zeebiz.

Echoing similar opinions, TechProcess Payment Services Ramachandran, said, “Government should also consider a tax holiday for service tax and tax deducted at source (TDS) on transaction fees which tend to have a cascading effect and adversely affects merchants and consumers.”

At present, the Merchant Discount Rate (MDR) on transactions done through credit and debit cards are high in India, which keeps small merchants away from installing point-of-sale machines at their outlets.

“MDR is still a concern. Accepting cash doesn’t cost the merchant but accepting digital payments are costing a bomb. NEFT, RTGS charges and the proposed charges for Unified Payment Interface (UPI) transactions will make the growth slower than expected. If these charges are not taken out of the system, then cashless economy will remain a dream,” Chillr's chief executive officer and co-founder Sony Joy, said in an e-mailed response.

Chillr expect the government to come up with proper plan to incentivise the digital payments and maintain the same over the coming years.

“In this year's Union Budget 2017-18, we expect the government to formulate a proper plan for incentivising digital payments over the years and stick to it. Digitising the institutions is a major step in this. A lot of human productivity goes to waste by standing in queues at offices and waiting for the turn to pay money. People will automatically choose digital payments if the institutions are digitised,” Joy added.

PayU India expects the government to invest adequate funds in creating awareness and knowledge of digital payments among citizens of the country.

“My only expectation from the Union Budget 2017 is the availability of enough funds dedicated to imparting and increasing knowledge and creating awareness amongst Indian users, both merchants and consumers, on how to pay and accept payments digitally," PayU India chief operating officer Shailaz Nag, said in a response to Zeebiz.