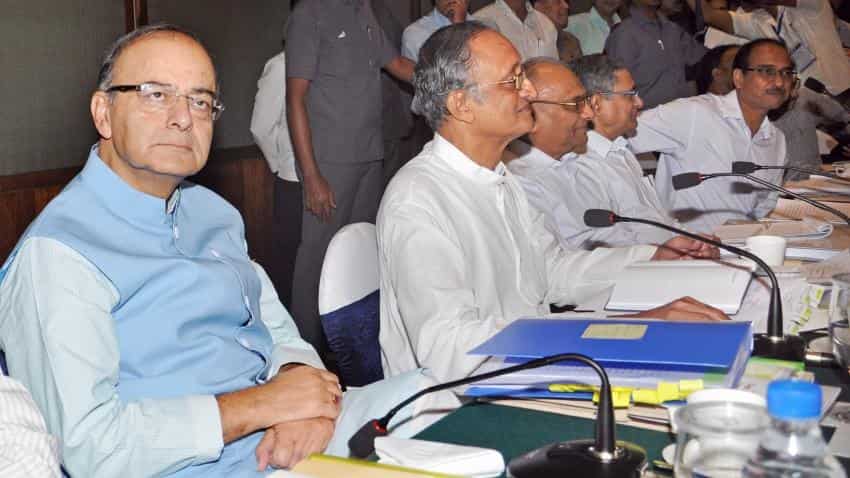 Finance Minister Arun Jaitley is all set to announce Union Budget 2017 on February 1. One of they key things that would be closely watched during the Budget would be fiscal deficit (FD) that the Government would target.

Finance Ministry has repeatedly said that it would not loosen its fiscal deficit target which was set at 3.5% for the current fiscal year and 3.9% for last year. However, under the Fiscal Responsibility and Budget Management (FRBM) Act, Finance Ministry was targetting to lower fiscal deficit expectations to 3% for financial year 2018. Kapil Gupta and Prateek Parekh of Edelweiss in their FY18 Union Budget Preview said, "We think the government should target fiscal deficit (FD) of 3.5% of GDP in FY18, instead of targeting the 3% FRBM target."

They argue that the Government might have to scale back expenditure if it intends to keep fiscal deficit target at 3% for FY18.

Fiscal deficit is the difference between a government's earnings and expenditures.

"Tailwinds of lower subsidies and hike in indirect taxes seen in past 2 fiscals is unlikely in FY18. Assuming no additional revenue measures, tax collections will normalise in the 12-14% YoY range versus 17-18% range in past 2 years. Thus, targeting a 3% FD for FY18 would leave no space for spending boost," the duo wrote.

Demonetisation has already led to economists and industry experts lowering India's Gross Domestic Product (GDP) estimates for the current fiscal. The Government, in its own assessment said that growth for the current year is likely to be at 7.1% as against 7.6% estimated earlier. This revised growth figure does not account for demonetisation impact.

Therefore, keeping fiscal deficit target unchanged from last year would give the Government much needed spending boost. Gupta and Parekh said, "Keeping FD target at 3.5% for FY18 (same as FY17) will be helpful. Also, we think that better tax compliance, IDS-2/scrutiny of bank deposits and demonetisation windfall– combined can provide additional revenue of ~0 6. -0 8% of GDP. If so, this can provide a good spending boost."

It is clear that the Government has to spend its way out of this economic slowdown.

It must target sectors that are likely to have a multiplier effect on spending. Therefore, spending on sectors and areas that would spur consumption is needed.

Already there are media reports suggesting that the Government might relax income tax slabs in order to leave citizens with more money that is likely to increase spending.

The duo wrote, "We think that spending from budgetary resources will be tilted towards boosting consumption, with rural (MNREGA, roads, housing) and social sector (education, health, etc.) being the key focus areas. Central government spending in both these areas has been scaled back by ~0.7-0.8% of GDP each in past 5 years. Thus, some revival is now necessary."

Experts believe that the levers available to the Government for achieving 3.5% fiscal deficit target for the current year, namely higher tax revenues and lower crude oil prices, will not be present in the coming year.

Government's tax gains from oil decline is largely over. Tax revenues will now normalise from 17-18% year-on-year growth to 12-14% growth.

"If so, achieving FD of 3% of GDP in FY18 would imply that the government might have to scale back development spending sharply, which is not desirable as private sector spending remains very weak," they said.

Although, demonetisation is likely to improve income tax collection by 2-3% which may boost India's GDP by 0.1-0.2%. Moreover, the various tax compliance schemes and scrutiny of bank deposits worth Rs 4 lakh crore may yield higher tax collections by way of penalties that, by Edelweiss estimates, would boost GDP by 0.2%.