Poco F1 is the company's 'most-powerful' smartphone in India, as it is Xiaomi's only smartphone to run on Qualcomm's top-end processor Snapdragon 845, thereby, competing against OnePlus 6T smartphone, which is priced at Rs 37,999 onwards. 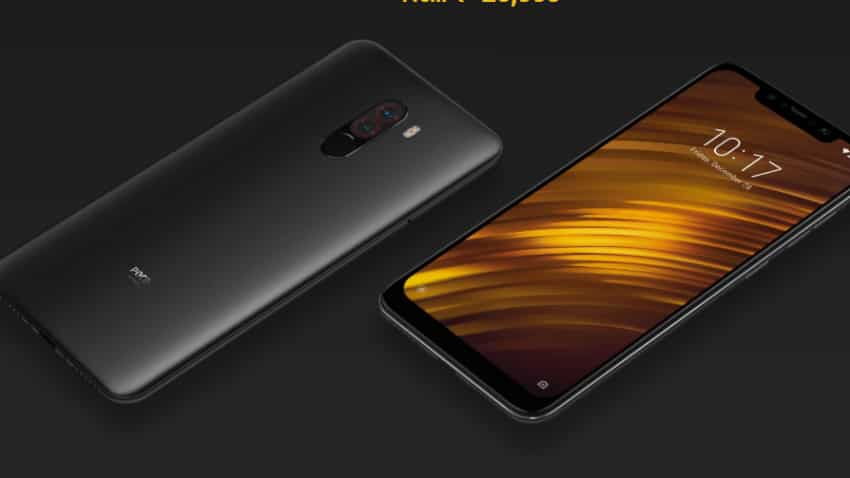 Claiming to have sold a record 700,000 units of its Poco F1 smartphone globally in just three months, Chinese smartphone maker Xiaomi recently came out with a permanent price cut of Rs 1,000 for Poco F1, as as a celebration to mark this milestone. The price cut is applicable on all the variants of Xiaomi Poco F1.

Making this price cut announcement via its official Twitter handle, the tech firm said, "POCO Fans, the celebrations are on! We're marking the 700K user milestone with the  permanent price of ₹1000 off across all variants of #POCOF1! Get the true #MasterOfSpeed exclusively on http://mi.com , @Flipkart and at Mi Home stores."

Poco F1 is the company's 'most-powerful' smartphone in India, as it is Xiaomi's only smartphone to run on Qualcomm's top-end processor Snapdragon 845, thereby, competing against OnePlus 6T smartphone, which is priced at Rs 37,999 onwards.

Launched exclusively via Flipkart on 29th August,  Xiaomi Poco F1 smartphone received a good response - all the units were sold out within five minutes. The new Poco phone is also available via mi.com/in.

The exciting features of Xiaomi Poco F1 smartphone are given below:

Dual Speakers: This feature is only seen in higher price smartphones. The dual channel audio is supported with two speaker grilles placed at the bottom of the device.

Liquid Cooling Technology: Use of this technology has added another feather to the Xiaomi cap. The cooling technology reportedly comes into use when the device is put through demanding tasks like 4K video playing or gaming for more extended time periods.

Face Unlock Technology: Flaunting infrared illuminator and infrared lens to scan the 3D image of the user’s face, the Poco device is also capable of unlocking itself using Face Unlock even in darkness.