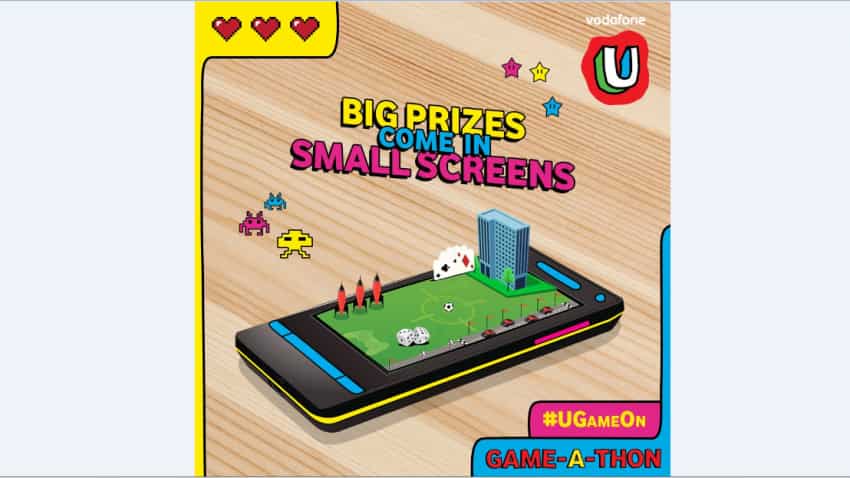 The Game-a-Thon with a total of 18 games, Vodafone said that it has reached a million downloads and the company is hoping to attract more gamers to its platform. Image Source: Vodafone India
Written By: ZeeBiz WebTeam
RELATED NEWS

Vodafone India has partnered with Google and announced on Wednesday its ‘Game-a-Thon,’ a 15-day online gaming festival.

“…Vodafone U and Google have come together to offer passionate gamers an online platform, where they can participate, play and showcase their gaming talents,” Vodafone said.

The festival, which began on December 1 would last for a total of 15 days till December 15 and is available for Vodafone U customers on the Google Play Store app, Vodafone said.

The Game-a-Thon with a total of 18 games, Vodafone said that it has reached a million downloads and the company is hoping to attract more gamers to its platform.

“Gaming has a huge Indian following. 71% smartphones users play mobile games on a regular basis and it is the second highest engaging category after chat apps. It is a growing trend amongst youth in India,” the company said.

Inviting all Vodafone U customers to join in the Game-A-Thon, Siddharth Banerjee, National Brand Head, Vodafone India said, “Gaming is an identified passion point amongst today’s youth. Recent reports indicate that in the digital world, games are the second highest engaging category in India after chat apps.”

Pointing out that India lags behind in online gaming portals, Vodafone said, “India has the second largest developer community in the world, yet Indian developers haven't reached the same scale as their global counterparts. Globally, gaming contributes to over 50% of app revenues and is the largest and most profitable segment of app business.”

Vodafone also announced that there would be two different types of prizes for the players, - the ‘Daily prizes’ and ‘End prizes.’