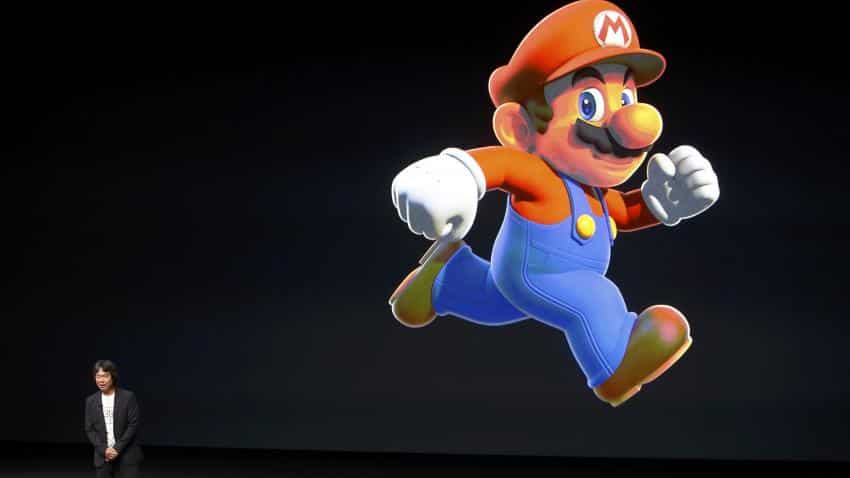 The iconic tune for the videogame developed in the 80’s, Super Mario Bros evokes a nostalgic sense for most of us who grew up during that time.

It was at the launch event of iPhone 7, Apple’s ‘best ever iPhone created,’ that Shigeru Miyamoto, developer of Nintendo, announced to the world that Super Mario Run will be available on iPhone Operating System phones in time for the holiday season and will be available on Android devices later on.

The game has been designed to be played using a single touch so as to attract new audiences from the iPhone lovers’ community, Miyamoto told The Verge in an interview.

Most of our childhood memories date back to the videogame ‘Super Mario,’ an Italian plumber dressed in red overalls, who ate mushrooms to grow bigger and travelled down drain pipes into underwater quests all to save a princess, developed by Nintendo in 1983.

Gaming consoles were the new ‘It’ thing of that era and Super Mario was not the first platform but it set the bar for video gaming for years to come.

But before the world knew about Nintendo’s flagship character,  Mario initially featured in Donkey Kong in 1981 which was first conceived by Miyamoto, and featured ‘Jump Man’ who tried to save his girlfriend from a giant ape called, ‘Donkey Kong.’

Mario Bros came out as a sequel to Donkey Kong in 1983 and was the first to feature Mario’s brother – Luigi and is also the first game in which Mario cannot die, one of his many invincible powers, a report by MakeUseOf stated in ‘The Origins & History of Mario.’

The game has been modified over the years from Super Mario Brothers which has sold the highest number of 40.24 million video games for the franchise, as reported by Statista. It had two sequels, both named Super Mario Bros 2, followed by Super Mario 3 which was the first to feature a world map and inventory.

Then came Super Mario World in 1990 wherein Nintendo put out a new console along with introducing Yoshi, Mario’s dinosaur.

In 1995 Super Mario 64 was introduced in a 3-Dimensional sphere with new tasks on each level before achieving completion, the report by MakeUseOf stated.

Mario was reincarnated in different avatars in that of a doctor, a race car driver and a fighter in Doctor Mario, Mario Kart and Super Smash Bros respectively.

A paint programme by the name of Mario Artist was released by Nintendo in 2000 along with many other variations of Mario like Super Mario War, Super Mario Brothers X, Super Mario Galaxy and one of their latest - Super Mario Maker released in 2015 which is a side-scrolling platform video game and game creation system.

With total sales of more than 550 million, Super Mario went on to be listed as the world’s best-selling videogame franchise in Guinness book of world records, as reported by Statista. 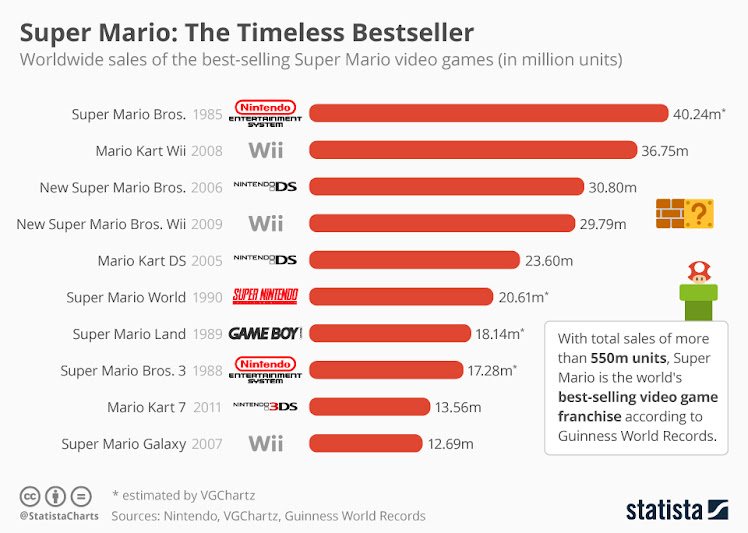 The smartphone boom was mainly propelled by Apple’s introduction of the iPhone in 2007 and kept on growing to sell 1,423.9 million units in 2015 as reported by Statista.

But Nintendo was still insistent on selling its hardware consoles to users with new variants of its franchise, Miyamoto said in an interview with The Verge.

Nintendo’s Satoru Iwata launched Pokemon Go in July 2016, a location based app that uses your GPS to track and capture Pokemons in an augmented reality setting which became the latest social phenomenon.

Citing another hit for the company, investors predicted that the new game, Super Mario Run, will be the next best thing akin to the wildly popular Pokemon Go, as it moved away from its console-focused strategy and embraces on-the-go gaming, a report by Reuters stated.

Realising the need to switch to smartphones, Miyamoto stressed that kids today are more focused on playing games on phones rather than gaming consoles. However, the company took its time to come onto a mobile platform as it needed to ensure that its games would only appear on Nintendo hardware.

With just a double tap on the iPhone’s sensitive touch screen, Mario will be able to jump over hurdles as he moves forward automatically.

This eliminates the difficulty element of trying to make Mario run and jump at the same time, Miyamoto told The Verge.

Over 30 years the initial 8-bit Super Mario game has been modified to Super Mario Run for the legend to live on in mobile phones, forever.