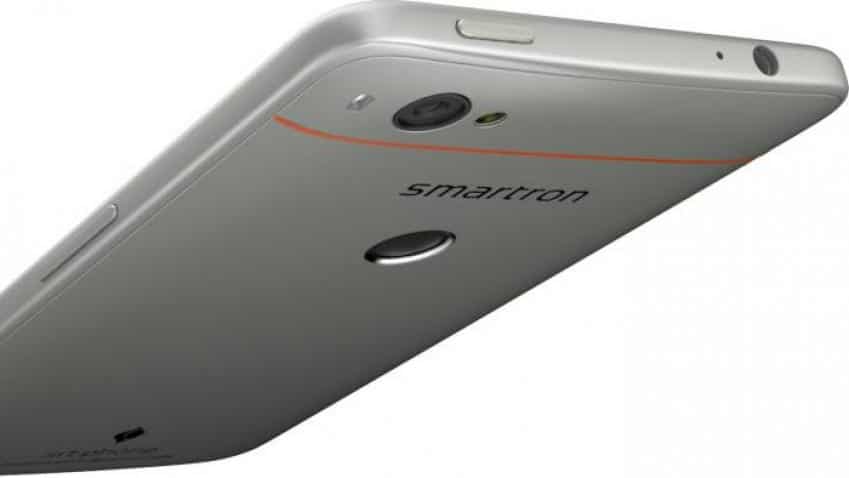 The SRT Phone is priced at Rs 13,999 and will be available on e-commerce company Flipkart. It comes a 5.5 inch display with full HD and covered with Corning Gorilla Glass 3 for protection. The company claims that smartphone is very sturdy and beats all other smartphones in this category in the drop or fall test.

The SRT Phone has a Qualcomm Snapdragon 625 octa-core processor and comes with a 4GB RAM, 64GB internal storage.

The company also offers unlimited cloud storage at its own t.Cloud if users require more storage beyond the 64GB inbuilt into the smartphone.

In terms of the camera specifications, it comes with a 13 megapixel rear camera and a 5 megapixel front camera that comes with a wide angle lens. The SRT Phone comes with a 3000mAh battery and has fast charging support.

It has a rear finger print sensor that the company claims executes within 0.2 seconds. The Smartron SRT Phone comes with a dual SIM and offers VoLTE support.

Like Samsung smartphones which support Samsung Pay, the Smartron SRT Phone also has Near Field Communication (NFC) so that you can use the device at tap-and-pay terminals to make payments for their purchases or shopping.

The SRT Phone will come with Sachin Tendulkar's photograph as well as an autograph.

The first smartphone launched by Smartron was the t.phone that was launched early last year. Sachin Tendulkar has come in as a brand ambassador as well as an investor in the company.