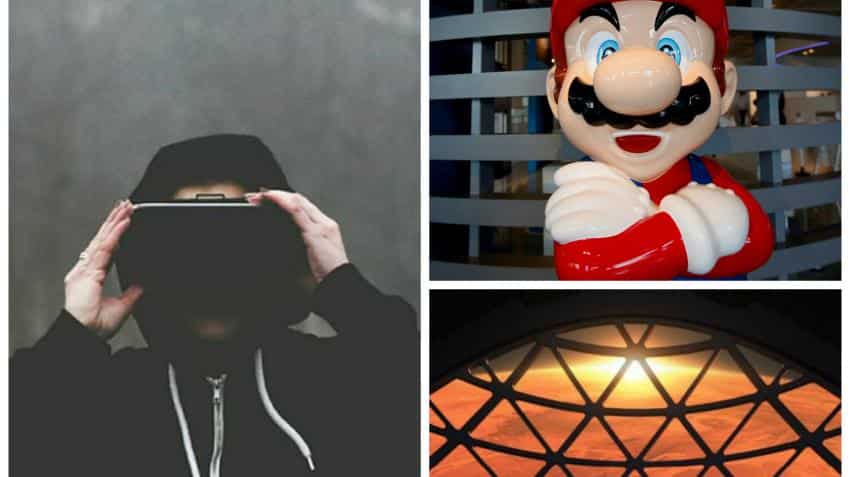 From virtual reality becoming a possibility to age old favourite video game - Super Mario coming to the mobile platform, this year saw it all.

Here are a few of the top picks from the technology sector.

At the beginning of the year, at the Consumer Electronic Show 2016, a slew of companies showcased their VR gear for smartphones and gaming consoles.

Google’s Cardboard virtual reality platform was intended to be a low cost system to encourage development in VR applications. Users can either build their own VR goggles from simple, low-cost components using specifications published by Google, or purchase a pre-manufactured one from Google.

Other VRs were also announced slightly more expensive than Google’s like Agnus VR which costed just under $40 or Samsung’s Gear VR which was for $99.

iPhone 7 with no headphone jack

Early September called for Tim Cook’s latest iPhone model – the iPhone 7 to be unveiled. The phone was the first of its kind to not have a headphone jack for earphones.

The phone which was launched in India for a starting price of Rs 60,000 with AirPods that were sold for a separate price of Rs 15,400.

The legendary 1980’s gaming console that was made popular by Nintendo, Super Mario was reborn in 2016 for iPhone users as Super Mario Run.

Seeing as how most kids have their first video game experience on smartphones nowadays, Shigeru Miyamoto, Japanese video game designer earlier said that the company looked to Mario ‘to possibly pull some of those new players to more in-depth experiences on Nintendo devices.’

The announcement of the revival of the 80’s game was made along with the unveiling of the latest iPhone model. Miyamoto later said that the game would later be available to android users as well.

Even still, the company took its time to come onto a mobile platform as it needed to ensure that its games would only appear on Nintendo hardware.

Who will not remember the exploding Samsung Galaxy Note 7 of 2016 that had several models recalled shortly after its launch on account of a faulty battery?

The Note7 had everything going for it — a beautiful curved glass design, a high-res screen, a huge battery, the best cameras, water resistance, a memory-card slot, a headphone jack, etc. — until disaster struck.

The company recalled almost all the models that were shipped out and shut down production completely.

Maverick billionaire Elon Musk's plan to put humans on Mars came a step closer after he unveiled an interplanetary spaceship on September 27.

Musk, CEO, SpaceX, said that the Mars vehicle will have the capability to transport 1,00,000 people in its life cycle.

The company also said that it had deliberated putting people on the moon but it is quite smaller in dimension as compared to a planet and it does not have any atmosphere and is not as resource rich as Mars.

Year of the Self-driving cars

This was the year development of driverless cars shifted into higher gear.

Tesla pledged to include an enhanced, completely self-driving Autopilot in all models, and Uber was the first ride-sharing company to put driverless cars on the road, starting in Pittsburgh.

Even BMW, in August this year said that they will speed up initiatives to launch autonomous cars to rule out competition from Audi and Mercedes.