Huami Amazfit GTR 47.2mm review: One of the fastest growing wearable brands in the world, Huami recently launched the Amazfit GTR in India. Priced at Rs 10,999, it is another relatively affordable smartwatch from the company 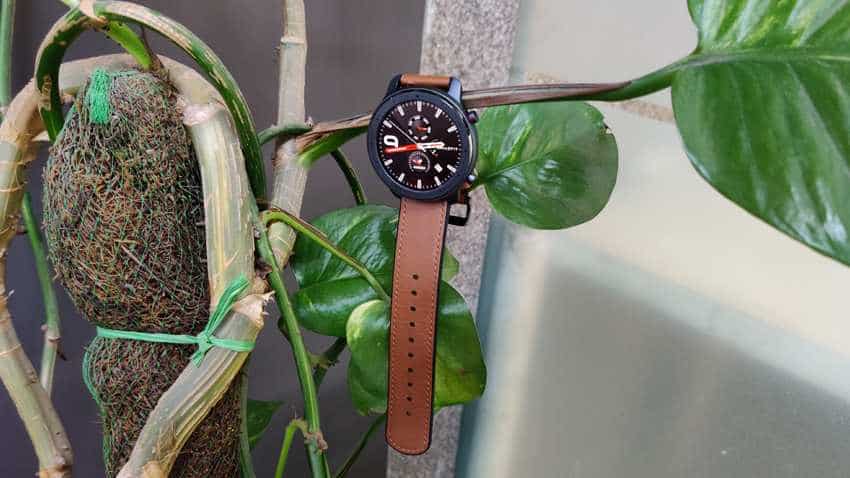 One of the fastest growing wearable brands in the world, Huami recently launched the Amazfit GTR in India.
Written By: Manas Tiwari
Edited By: Harish Dugh
RELATED NEWS

Huami Amazfit GTR 47.2mm review: With a crazy (believe it,when I say it) number of smartphones launching in September, there was hardly any time to pay attention to audio devices, smartwatches or any other gadgets for that matter. In those 30 days, we have seen world's first 64MP camera smartphone, first dual pop-up selfie camera smartphone and as many as two phones with Snapdragon 855 Plus chipset arriving in India. Not just this, October started with the launch of first ever foldable smartphone in the country. Amid this madness, few other useful and impressive devices were launched including the one we are set to review here.

One of the fastest growing wearable brands in the world, Huami recently launched the Amazfit GTR in India. Priced at Rs 10,999, it is another relatively affordable smartwatch from the company. This follows the Amazfit Verge Lite which was launched by Huami, a month before GTR. Even though the latter doesn't come from the same series, it could be seen as a major upgrade due to a premium design, advanced features and better battery life. But, is it worth Rs 10,999? Let's find out. 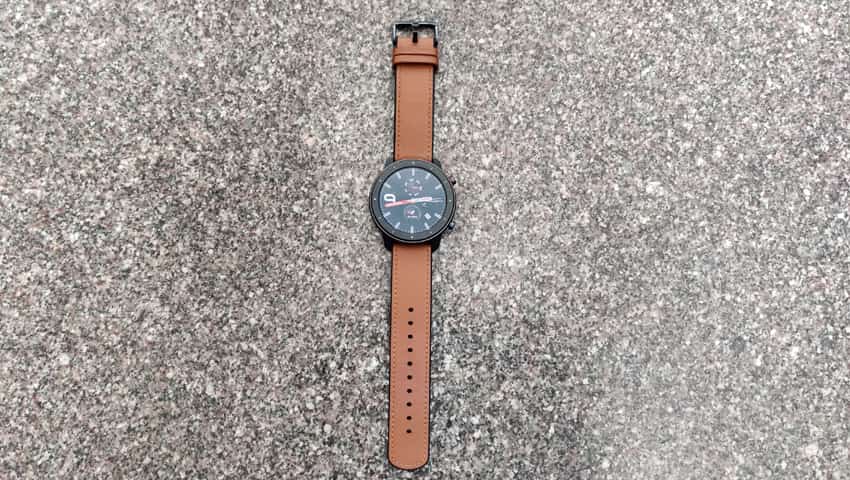 The Amazift Verge Lite had a toy watch-like look and even though it was refreshing, you would probably not wear it to your workplace. But, this is where the Amazfit GTR takes a lead on any other smartwatch. It looks more like an analog watch, making it ideal for full day usage. The watch comes with a brown hybrid leather strap and round dial. This gives the Amazfit GTR a corporate look.

The strap is detachable and can be easily removed. Also, you can switch the watch face as per your needs. So, in case you prefer wearing a watch with more athletic feel, it fulfills that need too. The watch feels extremely light weight and is comfortable on your wrist. The dial has been given a neat finish as well. 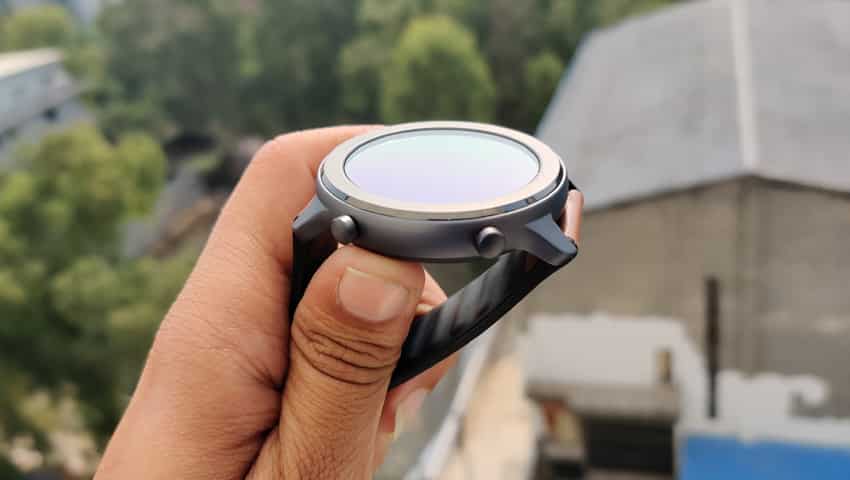 There are two push buttons on the right side of the dial for several functions. The first button allows you to close the screen, return to the dial or shut down the watch. It is separated from the second button by a red inner lining. The second button can be used to access access quick actions on the watch.

Amazfit GTR comes with a 1.39-inch AMOLED display with 454x454 pixels resolution protected by Gorilla Glass 3 panel. The screen is quite vibrant and produces decent colour output even in bright sunlight. A key feature of this watch, like Verge Lite, is the anti-fingerprint coating. This is a very handy feature to have and keeps the screen clean even if you are a rough user. The screen responds well every time you lift your wrist or tap on it. Initially, the watch was a little slow to react while switching from one screen to other or taking commands, but the issue was fixed after a firmware update. 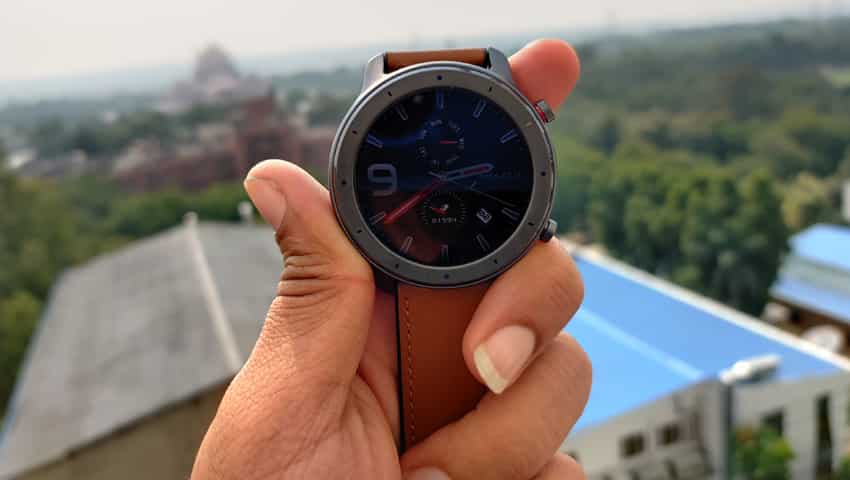 The watch claims to keep track of up to 12 exercise modes, including outdoor running, treadmill, walking, outdoor cycling, indoor cycling, open water swimming, pool swimming, elliptical trainer, climbing, trail running, skiing, and regular workout exercises. There is also optical heart-rate sensor for continuous heart rate measurement. Even though I didn't get time to test all the modes, the readings were quite accurate on the ones I did.

To get the app working, you need to download the Amazfit app which is available on Google Play Store or App Store. The app also allows you to set fitness goals and track your progress. The app also updates the watch automatically, when opened. To get calls, notifications and other updates, you need to keep the watch connected to your phone via Bluetooth. And, unlike some other watches and fitness bands, the connectivity is really impressive. 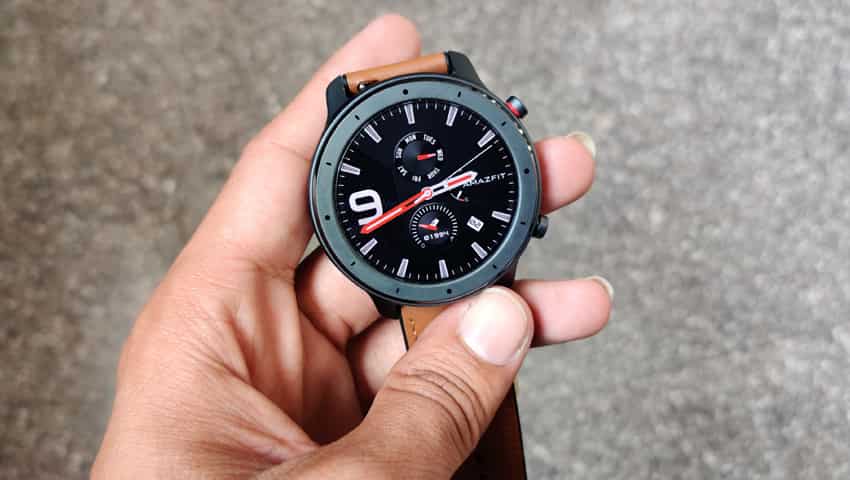 The watch is water-resistant up to 5ATM, so you can easily wear it while working out or taking a shower.

You really get value-for-money with the never ending battery of Amazfit GTR. The company claims that you can get 24 days of battery life with the 410 mAh battery and I haven't charged the watch for almost 16 days now with 23 per cent battery still remaining. However, the battery might die sooner if the usage is on the higher side. 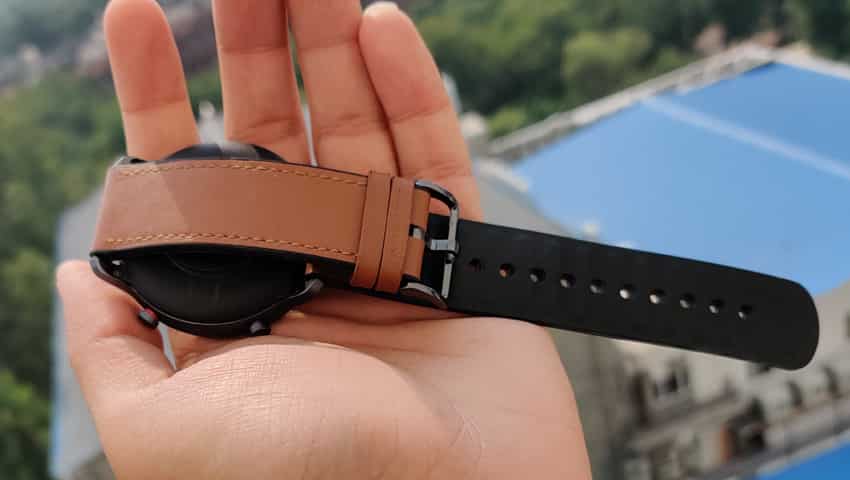 The concept of smartwatches has evolved over time. Initially, they were designed to measure your fitness or athletic activities but now, almost every brand wants you to wear them throughout the day for continuous monitoring. And, this is why I have been craving for more watches with a corporate look that look suitable to wear at the office, official visits and even gym. The Amazit GTR perfectly fits into that space with its elegant and classic look. It comes with a premium design and solid build with an anti fingerprint coating that acts like cherry on top.

The battery life is probably one of the best you would get in the market. At Rs 10,999, it is one of the affordable options as well and the only thing you need to decide before buying Amazfit GTR is whether you actually need it. So, if you think a fitness band fits your needs in this exercise mad world, well then, this is not a bad option at all.