Chinese smartwatch maker Amazfit has launched a new smartwatch with a curved display. Amazfit X is the latest wearable from the Xiaomi-backed brand Huami and the design will certainly stun you. 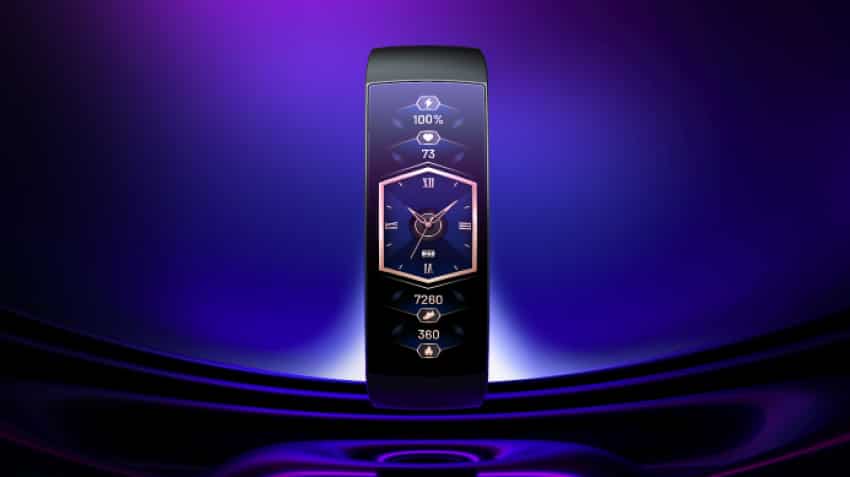 The watch doesn’t have any buttons and can only be controlled using touch.
Written By: ZeeBiz WebTeam
Edited By: Harish Dugh
RELATED NEWS

The watch doesn’t have any buttons and can only be controlled using touch. The features include 24x7 heart rate tracking, sleep monitoring, and also the ability to measure blood oxygen levels.

The Huami Amazfit X price starts at $149 (roughly Rs 11,300) for early birds, while the IGG Special Amazfit X costs $179 (roughly Rs 13,500). Since the watch is being used through a crowdfunding platform, the regular buyers will end up paying a different price.

The company has announced that anyone across the globe can but the Amazfit X with an estimated shipping target of August 2020. It will be available in two colour options - Eclipse Black and New Moon Gold.

The smartwatch comes with a 2.07-inch curved AMOLED display with a resolution of 206x640 pixels, 400 nits of peak brightness, and a pixel density of 326ppi. The display features curved arc of 92-degrees that is claimed to offer a more natural and comfortable fit while wearing. Amazfit X comes with 5ATM water resistance ratings as well.

It packs a 200mAh lithium-polymer battery that is also curved and is claimed to last 7 days on a single charge. The Amazfit X comes equipped with a PPG heart rate sensor, blood oxygen saturation sensor, accelerometer, gyroscope, and an ambient light sensor. It has nine sports modes for activities such as swimming, running, and cycling among others.