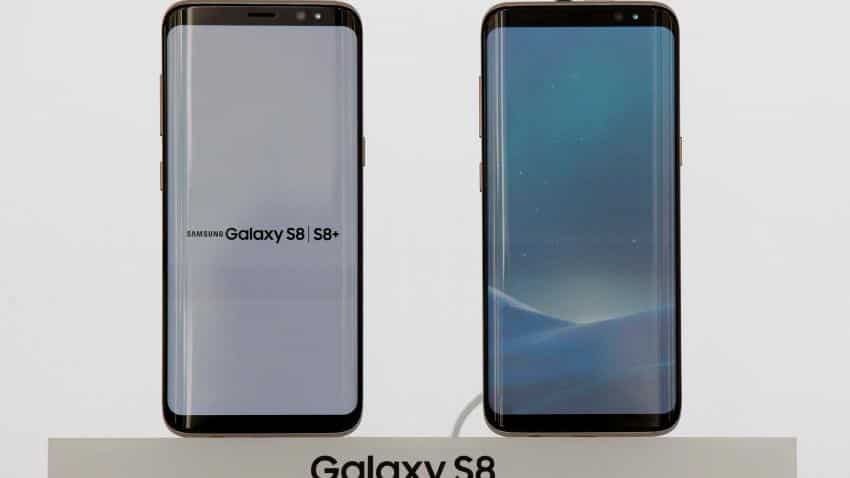 Samsung on Wednesday unveiled the most awaited smartphone this year, the Galaxy S8 and S8 Plus smartphones at an event in New York. All eyes were on the Galaxy S8 and the S8 Plus after the Note 7 battery issue last year which took a heavy toll on the company. The flagship Note 7 was brought in to take on competition for Apple who launched the iPhone 7, iPhone 7 Plus smartphones last year.

In a mega even for the launch Samsung launched a smartphone which featured the company's digital assistant Bixby, which is similar to Apple's Siri, Google Assistant and Amazon Alexa. The most striking feature of the smartphones is the 'infinity display' which is an expanded screen that covers almost the entire surface of the phone. The home button too has been removed from the front and is replaced by a pressure sensitive button at the bottom of the screen.

While like the previous flagship editions the Galaxy S8 and S8 Plus comes is water and dust resistant, the company has also increased the security features which include a iris scanner, finger print scanner and face recognition sensors.

Both the smartphones have a 8 megapixel front camera and a dual 12 megapixel rear camera. The highlight of the camera is that apart from HD video recording, it also has the ability to take 4K videos.

In terms of the camera both seem to have similar features as the iPhone 7 too has 4K video recording and 12 megapixel cameras.

In comparison to Google Pixel and Pixel XL
Google Pixel features include a 2.5D Corning Gorilla Glass 4 protected super AMOLED display and comes in two sizes – 5.0 and 5.5 inch. This is smaller to the Galaxy S8.

As far as the cameras are concerned, it has 12.3 megapixel rear camera and 8 megapixel front camera. This is similar to the Galaxy S8 and S8 Plus.