If all things go well, then in the next few years, India may become the first country in the world to have implemented the Hyperloop transportation system. 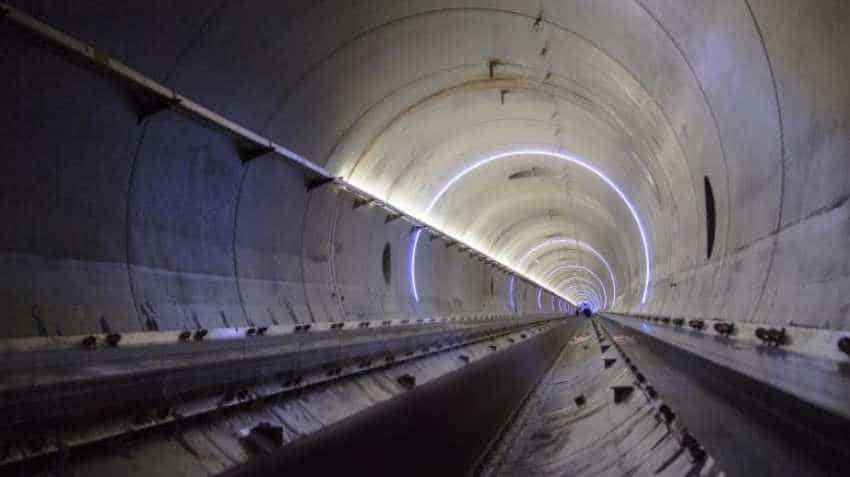 Maharashtra has named Virgin Hyperloop One-DP World (VHO-DPW) consortium as the Original Project Proponent (OPP) for the ambitious Mumbai-Pune hyperloop project. Interest around Hyperloop system started when SpaceX CEO Elon Musk proposed the idea in the summer of 2013. This mode of transportation promises to run over 1000 km per hour, which is 10-15 times faster than traditional rail and around 2-3 times faster than high-speed rail.

How the Hyperloop works

As per the Hyperloop One website, Hyperloop can move "freight and people quickly, safely, on-demand and direct from origin to destination." It explains: "Passengers or cargo are loaded into the hyperloop vehicle and accelerate gradually via electric propulsion through a low-pressure tube. The vehicle floats above the track using magnetic levitation and glides at airline speeds for long distances due to ultra-low aerodynamic drag."
The website says that Virgin Hyperloop One systems will be built on columns or tunnelled below ground to avoid dangerous grade crossings and wildlife. It will be fully autonomous and enclosed, eliminating pilot error and weather hazards.

Virgin Hyperloop One claims, "It’s safe and clean, with no direct carbon emissions."

Hyperloop system is different than high-speed rail in many ways:

1. It is two to three times faster than the fastest high-speed rails like the Bullet train.

2. Hyperloop is on-demand and direct. There are no stops between the starting point and the destination. Also, there won't be a schedule as followed by trains. In contrast, trains have to follow a schedule and generally have multiple stops.

3. Hyperloop is said to be environmentally friendly, with a very little impact on the environment with more efficient energy consumption and no direct emissions or noise.

4. However, Hyperloop may be less expensive than high-speed rail and traditional maglev trains that require power along the entire track.

Hyperloop will reduce travel between Delhi and Mumbai to just one hour!