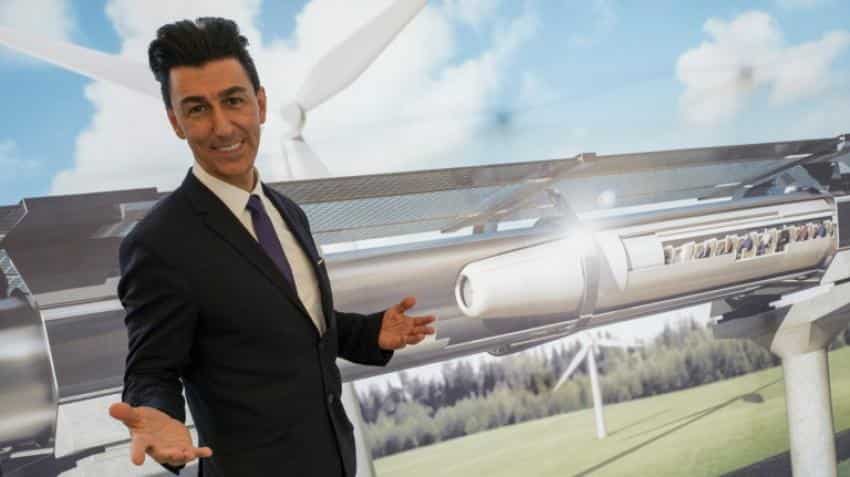 Is it a plane, is it a train? No, say supporters of Hyperloop, a futuristic mode of transport floated by Silicon Valley billionaire Elon Musk. Photo: AFP
Written By: AFP
RELATED NEWS

Is it a plane, is it a train? No, say supporters of Hyperloop, a futuristic mode of transport floated by Silicon Valley billionaire Elon Musk that promises high-tech, high-speed and cheap travel over long distances.

It may sound like the stuff of science fiction, but developers insist their dream of passengers seated in pods shooting through a tube above the ground will become a reality by 2020 -- and change travel as we know it.

"It is a new mode of transportation," agrees Rob Lloyd, chief executive at competitor Hyperloop One.

Both men were at the European rail transport fair Innotrans in Berlin this week, sketching out their vision of a future where huge distances will be bridged in mere minutes.

But it was Musk, the PayPal magnate who has made big bets on rocketry with SpaceX and electric vehicles with Tesla, who breathed new life into the idea in 2013 with a paper outlining a "fifth mode of transport" that would link Los Angeles and San Francisco by tube.

The cities are currently separated by five to six hours by road or one hour by plane -- a trip Musk said could be cut to 30 minutes.

Busy with his other ventures, Musk offered the idea for free to companies interested in developing it.

The Hyperloop hopefuls at the trade show paint a picture of passengers entering a capsule resembling nothing so much as a train carriage with virtual windows.

Once all are aboard, the capsule`s electric engines propel it down a tube almost completely emptied of air, floating slightly off the floor thanks to magnetic levitation to further cut down on friction.

Travellers will feel forces similar to those experienced in a plane as the vehicle accelerates.

On its website, Hyperloop Transportation Technologies (HTT) predicts its pods will travel at up to 1,220 kilometres per hour (760 mph) -- around half as fast again as an airliner.

For now though, the only way to get a sense of future Hyperloop journeys is with a virtual reality headset at the Innotrans booths belonging to HTT or Canadian start-up Transpod.

Via the goggles you can take a seat in a cabin lit by artificial sunlight with views of the outside on video screens.

The firms also offer videos giving an idea of what the tubes mounted on pylons will look like.

California-based Hyperloop One has carried out preliminary tests of its propulsion system in the Nevada desert, and plans to bring its project to market in "2020-2021", vows engineering chief Josh Giegel.

Transpod boss Sebastien Gendron says "our objective is that the product be ready for the market in 2020".

- Stockholm to Helsinki in 28 minutes -

Gendron believes Hyperloop systems could change modern life dramatically, as there would be no need to live densely packed in cities like Paris to keep commuting times down.

With low prices -- Hyperloop One suggests a 28-minute journey between Stockholm and Helsinki would cost just 25 euros ($28) -- added to zero emissions and high levels of safety thanks to the automated capsules and shelter from the weather, the Hyperloop boasts many theoretical advantages.

Interest is growing in the business world, with France`s national rail company SNCF recently investing in Hyperloop One, while graphite materials company Mersen signed a partnership with Transpod.

Hyperloop One has so far raised $130 million in funding, while Transpod says it will need around $150 million to develop its prototype.

Musk himself has estimated the final bill for a fully operational Hyperloop at several billion dollars.

"It`s too early to say" whether Hyperloop will remain a shimmering dream consigned to the footnotes of history or become a breakthrough technology that changes our world, Alstom Transport CEO Henri Poupart-Lafarge said at the Innotrans fair.

"No doubt about it, Hyperloop is gonna be built," he said.