The electric car was launched at CES 2017 that it would begin taking reservation for deliveries in 2018 with a $5,000 deposit for its FF91 model. 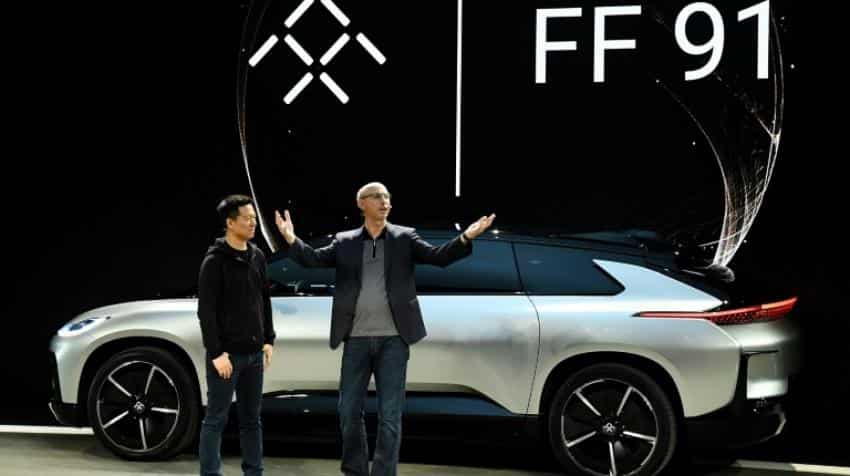 Faraday Future, the secretive electric car start-up with ambitions to overtake Tesla, unveiled its first production vehicle, proclaiming it to be a "new species" for personal transportation.

The company, backed by Chinese billionaire Jia Yueting (YT Jia), announced at the Consumer Electronics Show (CES) 2017 that it would begin taking reservations for deliveries in 2018 with a $5,000 deposit for its FF91 model.

Faraday, which last year unveiled its prototype and is building a factory outside Las Vegas, did not offer details on pricing of the new vehicle.

But it touted specifications on battery range, power and acceleration which pointed to a high-end vehicle, outperforming Tesla on key benchmarks.

"This is day one of a new era of mobility," said executive vice president of engineering Nick Sampson.

"This is the first of a new species."

Because Faraday started from scratch, "we don`t have to follow outdated practices or retrofit existing equipment," Sampson said. "We have to flip the auto industry on its head."

The vehicle is packed with technology: it has a semi-autonomous mode which allows for self-parking, and multiple modems to connect to the internet. It personalizes settings for each driver and occupant.

"Everyone in the car will have their own seat configured for them," Sampson said.

"This is the fastest production electric EV in the world," said Peter Savagian, vice president of propulsion for the company.

The sleek, aerodynamically FF91 demonstrated its muscle with an acceleration demonstration on a straight track in front of an audience, after similar demonstrations by powerful rival cars including the Bentley Bentayga, Ferrari 488 GTB and two Teslas.

The company made no comment on reports of financial difficulties, after several reports that it missed payments to suppliers and had to cut costs.

Those reports come amid news of a cash crunch at Jia`s Chinese-based technology group LeEco, which has been rapidly expanding its products and moving into the US market.

Jia appeared at the Las Vegas event, telling the audience in halting English that "this car is very, very cool."

The Chinese entrepreneur said he hopes the project will help usher in a new era of mobility which is more environmentally friendly.

"Once you have this you can get rid of the other cars in the garage," he said."