There has been a surge in funding seen in fintech start-ups in Q3 however the funding during the year falls short the levels of 2015. 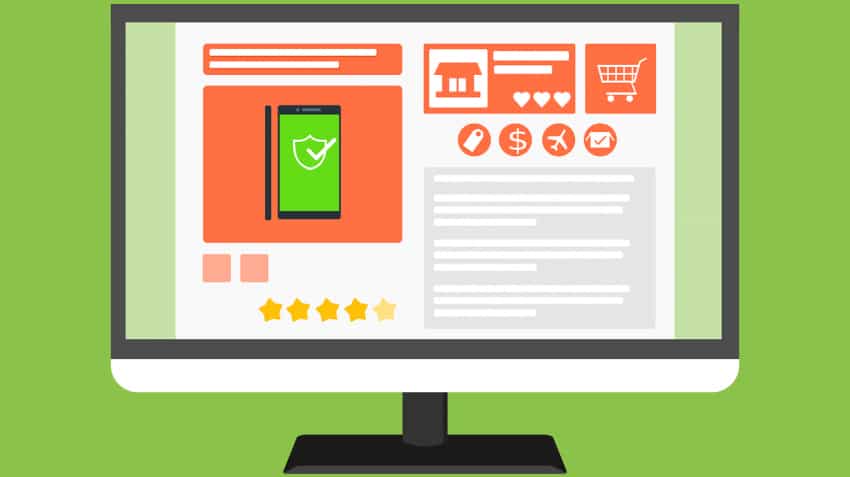 Despite demonetisation the funding of fintech start-ups is expected to be nearly $400 million from $600 million in the 2015. It is projected that 76 fintech deals in 2016, which is more than the deals in the 2015, according to an Inc 42 report. This shows that the deal size of funding in fintech has reduced by several fold.

Paytm had the maximum funding in the fintech space from the period of 2014-2016. The funding to the company accounted for 38.5% of the total fintech funding during the three years. 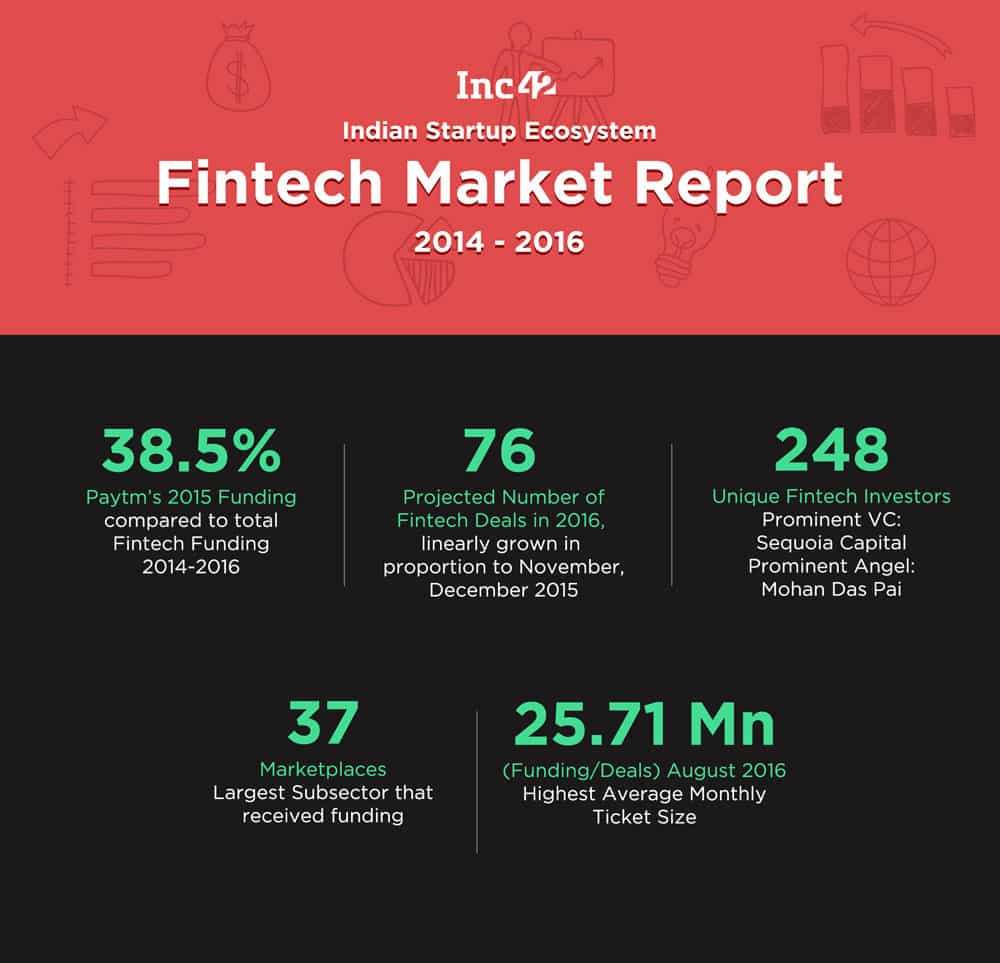 The highest average monthly ticket size of funding was $25.71 million in August 2016. The demonetisation impact however has resulted in a sudden surge in funding in Q3 to around $220 million from nearly $100 million in Q2. However, funding to fintech is expected to decline to just $50 million in Q4, according to the report.

A majority of funding in fintech start-ups has been in the late stage, followed closely by Series A funding. However, Series A funding which was negligent in 2014 has grown significantly in 2016. 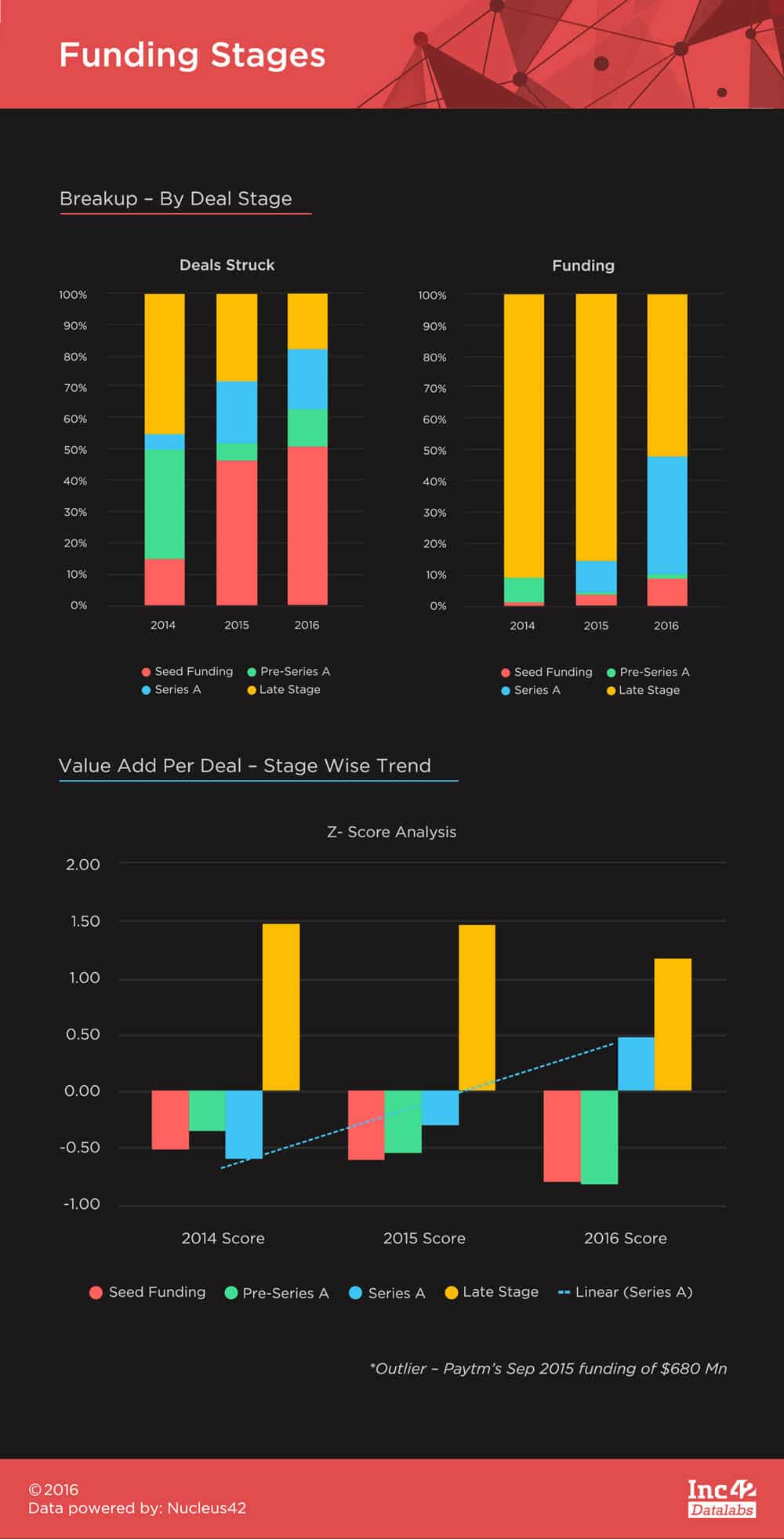 Mumbai and Delhi/NCR has seen a major chuck on funding in fintech start-ups.

While Sequoia Capital has led the funding among venture capitalists (VCs) with 12 deals struck in the fintech space. Some of their investments includes Bankbazaar.com, Freecharge, Mobikwik, Cleartax, Citrus and Chillr. 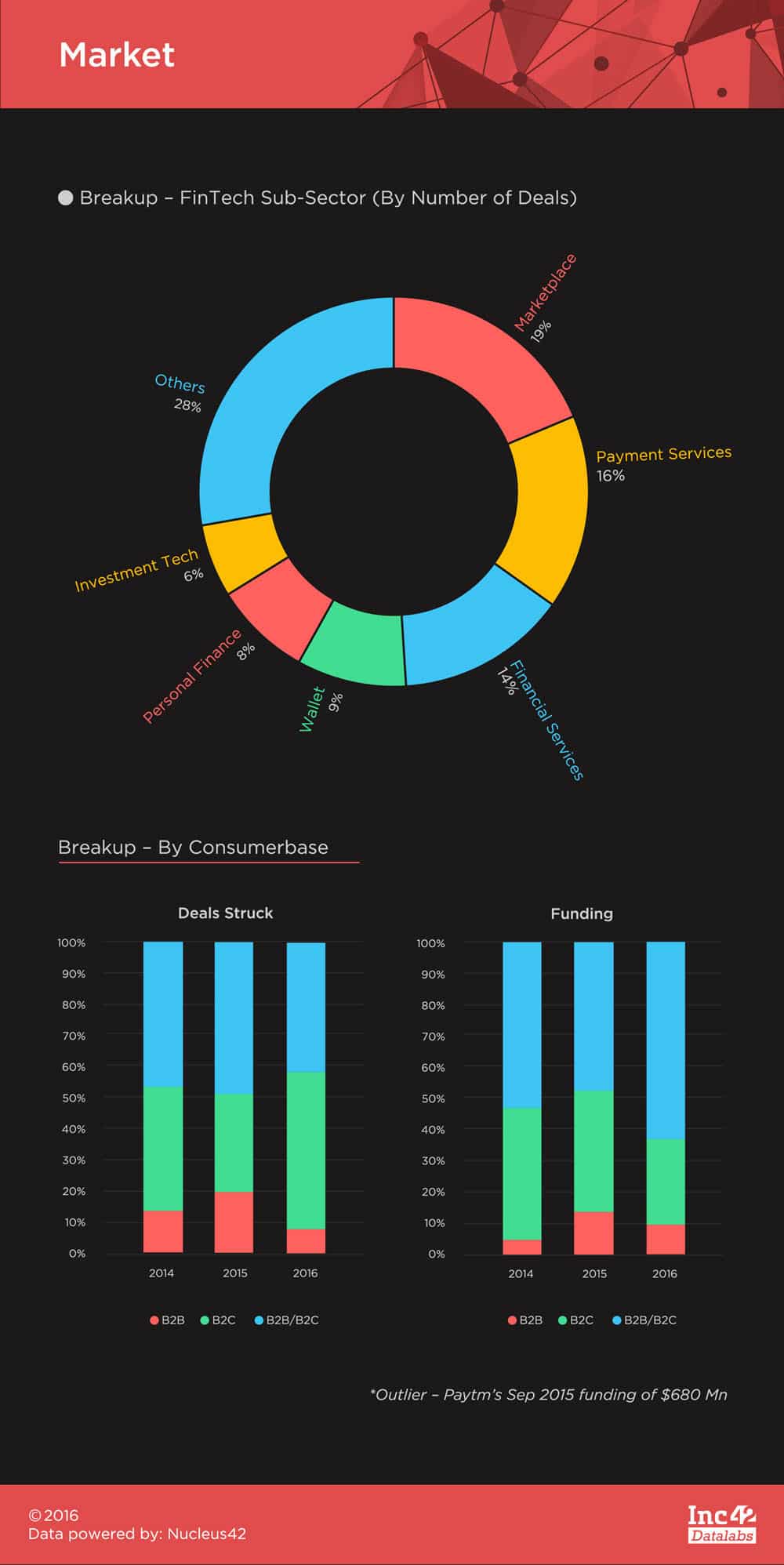 Among angel investors Mohandas Pai is the biggest investor with 6 deals. Some of them include funding to Taxsutra, Faircent, among others.