These innovative start-ups have emerged during the demonetisation process to ease the troubles of people facing the cash crunch. 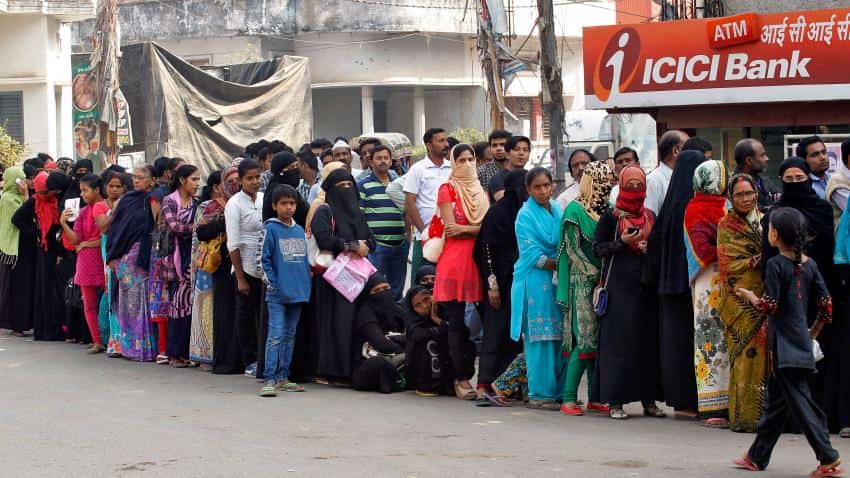 Though digital payments and mobile wallet systems have taken advantage of demonetisation like no one else, start-ups like BookMyChotu are now offering 'unique' services to Indians too busy to stand in queues outside banks or ATMs.

While the apps such as Cashnocash and AtmWale help people to find the nearest ATM with cash, another start-up called BookMyChotu takes it even further by standing in the queue on your behalf.

The start-up has launched a service which hires 'helpers' to stand in the queue for ATMs or banks for a small fee of Rs Rs 90 per hour.

BookMyChotu launched the service only last week by the Satjeet Singh Bedi and Govind Kandhari.

The start-up, however, has been around since February this year as a place where you could hire helpers on an hourly basis for various services and errands such as house cleaning, shifting, bill payments, deliveries, shifting, organising parties and even dropping off elderly people to hospitals.

The idea for Satjeet, in an Inc 42 ,report says came about when his mother was admitted in a hospital and since he had to be by her side, sent a helped to withdraw cash for her treatment.

Satjeet said their aim is to help the government in its initiative to curb black money as well as provide people a convenient way to get cash from ATMs. He further said that their helpers do not go inside the bank but just stand in the queues for our customers as they understand that there can be some emergency and their helpers can help people in saving some valuable time.

The service has garnered good response on its Facebook page with 7,371 likes and several comments, however the report said that Satjeet declined to share any details of its revenues.