The FMCG sector which include the CPG sector, has a strong hold in the Indian market, as the market value is estimated about $50 billion. 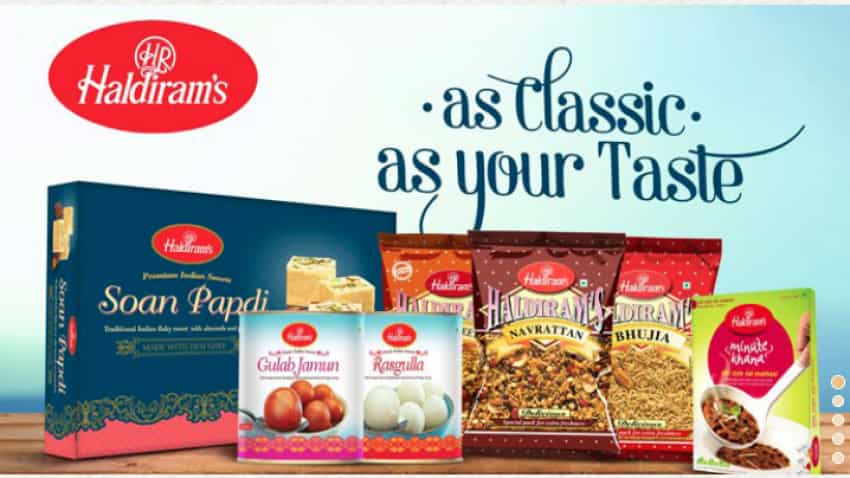 The 82-year-old CPG brand that has been one of the most prominent sweets and snacks manufacturers in India, Haldiram's has partnered with India' s first integrated incubator, Venture Catalysts. It has been observed that the consumer packaged goods sector has significant growth potential in the Indian market. In fact, these CPG companies produce various goods and products that are bought and consumed by an average consumer on a daily basis. The FMCG sector which includes the CPG sector, has a strong hold in the Indian market, as the market value is estimated at about $50 billion. Moreover, this sector has seen a steady growth of 7-10%, taking in consideration of the youth population of the country and the unique opportunities for CPG start ups. Venture Catalyst plans to leverage Haldiram's expertise in the CPG arena and hence make intricate investments in the CPG sector.

Haldiram's, which began its journey in 1937, in a time where business was an uncertain step and not a trend. Today, Haldiram's is one of India's most recognized and loved brand among the consumers, setting a benchmark for other businesses. The investment amount between Haldiram's and Cats is confidential, but the funds have already been strategically allocated to strengthen the team, processes and presence of VCats to ensure the creation of an ecosystem built to suit the needs of the CPG industry.

Commenting on the development, Haldiram's spokesperson said, "VCats has constantly been at the forefront of empowering India’s start-ups with a strong investor network and world-class infrastructural opportunities. Furthermore, it has encouraged the growth of start-up culture in tier-II and III cities, a vision which Haldiram’s identifies with wholeheartedly. The current generation of Haldiram’s looks forward to this alliance and is very upbeat about encouraging more such collaborations in the future."

Adding to the same insights, Dr. Apoorv Ranjan Sharma, Founder, Venture Catalysts, said, "The alliance with Haldiram’s sets a benchmark for other enterprises to enter into active collaborations that look to empower the start-up ecosystem. The Haldiram’s growth story and the way in which they have built an empire from the ground-up, and this is the ideal example that we want to set for the enterprises that are a part of the VCats set-up right now."