Recent cases where foreign objects – lizards to be precise – were present in vada served at outlets in Ambernath and Badlapur, two extended suburbs of Thane in Maharashtra, sent a shock wave across the food industry. What is more appalling is that these incidents happened within the space of a month at two different outlets at nearby locations. The complete disregard for following the basic safety and hygiene practices has surely frightened customers. 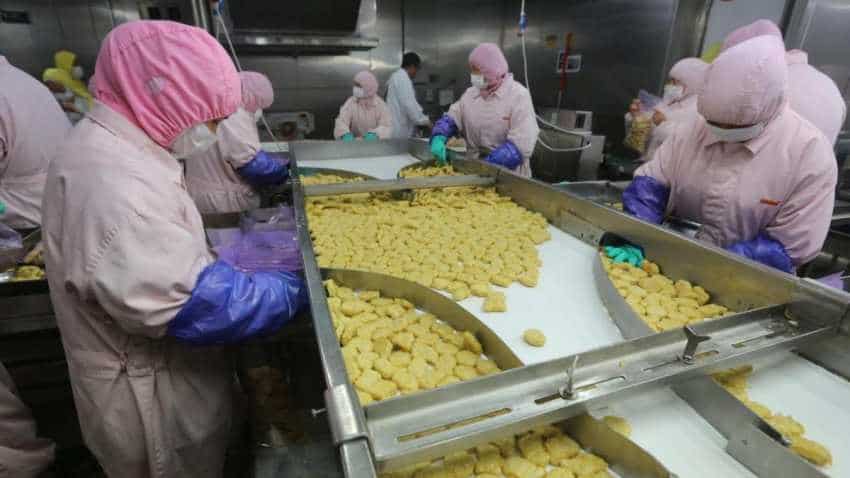 This foreign company to create 10,000 jobs; will it fit your bill? Find out

When a 1,000-seater restaurant at Ikea’s Hyderabad store, the Swedish retailer’s first India outlet that was launched early August with much fanfare, served a ‘worm’ in vegetarian biryani, social media went berserk. The much-affordable and do-it-yourself furniture range from the home solutions major weren’t discussed so much in detail, but the dead worm ‘crawled’ its way across India to incite hot debates on the pitiable safety standards in the country’s fast-growing food industry.

As per news reports, Nagpur-based Haldiram was the vegetable biryani supplier to the Hyderabad store. Of course, the incident drew so much ire that Ikea had to stop serving two items – vegetarian biryani and samosa at its restaurant. The retailer initiated an internal review to undertake “corrective actions” before they plan to reintroduce the items at a later stage.

Recent cases where foreign objects – lizards to be precise – were present in vada served at outlets in Ambernath and Badlapur, two extended suburbs of Thane in Maharashtra, sent a shock wave across the food industry. What is more appalling is that these incidents happened within the space of a month at two different outlets at nearby locations. The complete disregard for following the basic safety and hygiene practices has surely frightened customers.

The eateries have since been shut down and complaints have been filed against the outlet owners. However, the fact that such incidents continue to happen raises major concerns over food safety issues and practices associated with such eateries operating across the country.

Incidents of food contamination and adulteration in hotels, restaurants, snacking and fast food outlets are not new. Many such instances may have gone unreported or settled privately to avoid public outcry.

Change in the air
A lot of such instances have started making headlines in the last few years, thus building awareness among consumers. Additionally, it is also building pressure on the food business owners to adhere to the prescribed safety and hygiene norms. This is evident from the fact that the Food Safety and Standards Authority of India (FSSAI), which regulates over 28 lakh small, medium and big food businesses in the country, is handling around 10,000-12,000 complaints every month.

Occurrences of food contamination and adulteration in the organised/ branded food and beverage retailing businesses have a strong recall in the minds of the consumers. Shockingly though, the food safety and hygiene situations are much worse when it comes to the unorganised fast/snacking food eateries operating in every nook and corner. Since most instances never get addressed, owners of these food businesses don’t feel compelled to adopt basic safety and hygiene practices.

FSSAI is making efforts to put in place quality and hygiene standards for almost all food items to make them suitable for human consumption. But the enormous size of the industry poses a big challenge.

In a recent interaction with DNA Money, Pawan Agarwal, chief executive officer, FSSAI, had said there are over 3,000 food safety field offices under the state governments to carry out inspections and compliance. “Recently, we have got an additional close to 500 positions under FSSAI to help us in better enforcement. Next, we are going to build capacities of food businesses so that they can ensure safety by themselves.”

“We have started Food Safety, Training and Certification (FoSTaC) system. Under this, all food businesses need to have at least one person trained and certified as per our standards. Around 40,000 people, out of a total of 3.5 lakh, have been trained so far under this programme. The focus is largely on restaurants, hotel segment, manufacturing and processing units,” added Agarwal.

Food delivery under scrutiny
In July 2018, FSSAI issued a directive to food delivery platforms like Zomato, Swiggy, UberEats, Box8, Faasos, FoodCloud, Foodmongo, Foodpanda, JusFood and LimeTray to delist unregistered food business operations on their platform. The diktat was issued after complaints/video evidence posted on social networks by consumers about unhygienic operations and sub-standard food being delivered by certain food business operations (FBOs). In fact, earlier this month, the online food delivery platforms began the process of delisting thousands of FBOs that did not comply with FSSAI’s hygiene requirements.

The FSSAI move is expected to see a significant churn in listings of food delivery platforms due to non-compliance of FBOs. While food delivery platforms are pushing the FBOs for listing, industry experts are of the view that a lot of the secret kitchen and sweatshop operations may not re-list on the platforms. This is mainly because such FBOs operate from desolate locations and do not invest in state-of-the-art kitchens, skilled/trained manpower and premises that conform to the basic food safety and hygiene standards.

“What percentage of the delisted FBOs will come back on the food delivery platforms is an area of concern. That’s because secret kitchens and sweatshops operate on a shoestring budget, it is unclear if every FBO would want to go through the hassles of incurring costs on dealing with a food safety officer, or for that matter, conforming to FSSAI guidelines. The delisted FBOs could go back to conducting business sans online food delivery platforms,” said a top industry executive.

Challenges galore
Although a system is being put in place by the regulator, it can’t pick up every sample as the entire ecosystem is very large and that many of these practices will take years to get embedded, he said.

While it’s mandatory for the organised and branded players to follow the standards/criteria being set by the FSSAI, the same is not true for their counterparts.

According to Ravi Wazir, a food and restaurant industry consultant, food safety and hygiene cannot be organised versus unorganised player topic. “It needs to be practised consciously by every single food and beverage operator regardless of whether s/he runs a sophisticated restaurant, a mid-level delivery kitchen or for that matter a simple snack-food cart on the street. After all, what use is the tastiest food if it isn’t safe to eat?” he said.

Consumers have been very particular about contamination and adulteration at branded outlets because they are paying a premium and expect high standards of safety and hygiene levels to be followed. While a few years ago, the roadside or neighbouring snack food vendor was able to get away with unsafe and unhygienic practices, that’s not the case anymore as consumers are becoming more aware and not shying away from reporting such incidents to municipal authorities and FSSAI for taking necessary disciplinary actions.

Industry experts believe that eateries flaunting regulatory permissions and/or FSSAI certifications are not necessarily a sign that all safety and hygiene rules are being followed. “Food safety works best when a business owner sees it as his moral obligation to society rather than merely another legal requirement to comply with. Those who think that the cost of initiating and maintaining food safety standards is high will soon realise that the cost of not doing so is considerably higher. One incident can badly damage the brand’s reputation, sales and relationships and at times, even result in the business shutting down,” said Wazir.

The FSSAI is also moving towards making regulations and their enforcement more effective through large-scale surveillance and monitoring activities. “As far as the law is concerned, it does not make any distinction between branded or non-branded players. The whole effort on building capacity in the food business is around making businesses more responsible from the food safety angle so that unintentional incidents of food safety while manufacturing, transportation or storage could be avoided,” Agarwal added.

PIPING HOT
28 lakh Small, medium and big food businesses regulated by FSSAI in the country
40,000 People trained under Food Safety, Training and Certification system
10,000-12,000 complaints FSSAI handling every month
Globally, food control systems in advanced nations have much more staff and resources.
The United States has a staff of 14,200 in its two agencies, the USDA and FDA to look after food safety.
Canada has over 4,000 staff in its food safety inspection services.
Given the size of the country’s population, the geographical spread,  diversity and the widespread prevalence of food businesses in the unorganised sector, India’s 824 posts in the country food safety authority is very low.

This foreign company to create 10,000 jobs; will it fit your bill? Find out