While Flipkart and Amazon were the joint leaders in terms leadership in the e-tailing space, Flipkart had an edge in the non-metro markets in India. 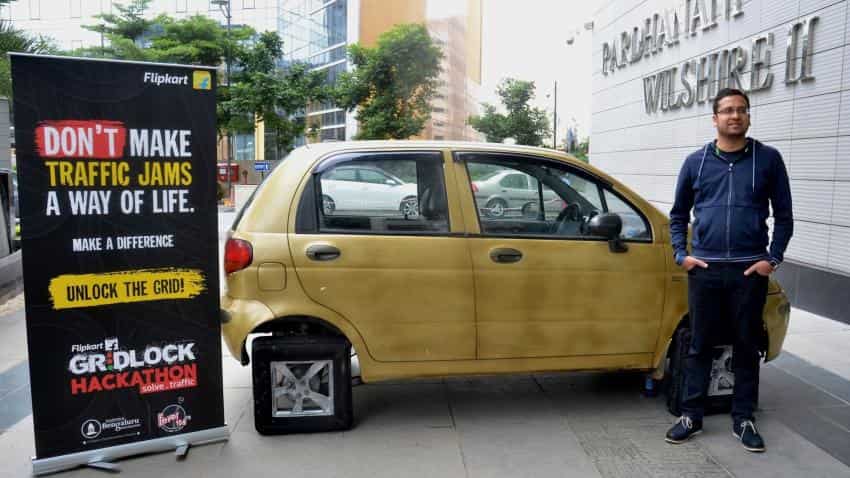 Flipkart Grand Gadget days is back; offers 10% off on iPhone 7 Plus & more

Moto C Plus 'most challenged' phone in Flipkart's SuperPhone Challenge

Amazon and Flipkart have emerged as the joint leaders in the e-tailing leadership index (ELI) in the Q2 2017. This is the second consecutive quarter when they have tied on the top spot, said a RedSeer Consulting report. 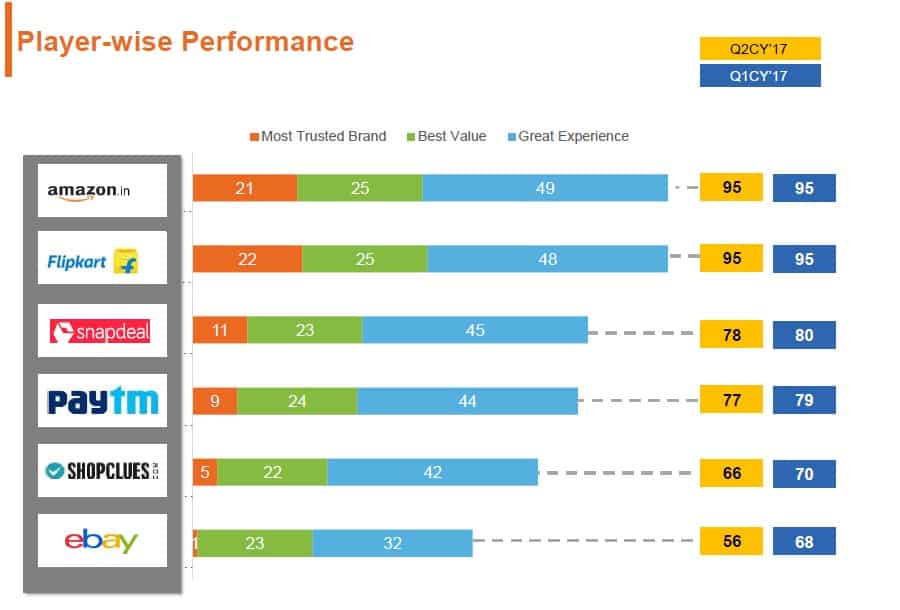 Amazon through its prime offering has been able to capture the leadership in the metros, while Flipkart has been leading in the non-metros. Reliance Jio seems to have played a considerable role in the increase in number of transactions from the smaller cities.

Amazon has outperformed Flipkart on the web and app experience for the first time. It’s a measure of how customers rate their experience of using the app or web for shopping. This in conjunction with the impact of “Prime” has led to Amazon’s better score, said the report.

Amazon’s rise from the last few quarters is attributed to a better top of the mind recall. Which it said is a direct outcome of the heavy marketing effort put by Amazon, an area where Flipkart has been significantly conservative.

However, in terms of a crucial area of post delivery experience, Flipkart still maintains its lead. This is one of the most important points for the first time buyers.

Another key parameter has been the, Best Value, an indicator of value for money and meaningful assortment. On overall basis this parameter also ties for both the players, but Flipkart has a slight lead on the price competitiveness.

Amazon and Flipkart was followed e-commerce company Snapdeal, which had recently rejected the acquisition deal by Flipkart. Snapdeal had seen a decline in ELI from the last quarter from 80 in Q1 2017 to 78 in Q2 2017.

The trust in the Snapdeal brand was the lowest at 11, followed by best value and the highest being a great experience.

It was closely followed by Paytm which has seen a growth in its ELI during this quarter to 79 from 77 in Q1 2017.

E-commerce company Shopclues came in next, followed lastly by Ebay.

Flipkart Grand Gadget days is back; offers 10% off on iPhone 7 Plus & more

Moto C Plus 'most challenged' phone in Flipkart's SuperPhone Challenge