Flipkart is India’s most well-funded startup in the Indian tech space. It is currently valued at $11.6 billion. 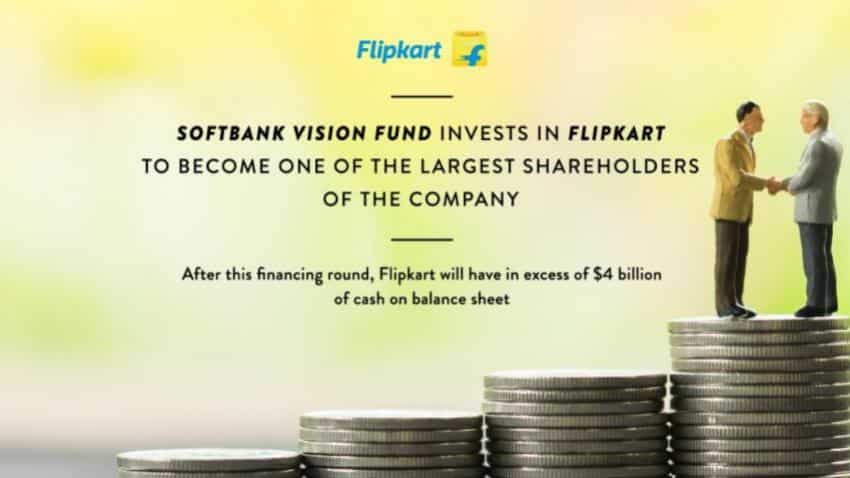 Home grown e-commerce firm, Flipkart recently closed one of its largest rounds of funding in the Indian technology space in August 2017. The company is now one of the most ‘well-funded’ startup in India and valued at $11.6 billion.

The company founded by Binny Bansal and Sachin Bansal, raised nearly $2.5 billion from Softbank Vision Fund which then became the largest shareholder in Flipkart.

Flipkart, which is considered the most ‘well-funded’ startup in India took five out of 10 places in the ‘mega-rounds’ of funding, a report by CB Insights said on August 18.

“In total, 2016 brought in just $3.39 billion in funding to Indian tech startups, lower than totals in both 2014 and 2015. To put that in perspective, all of the money invested into Indian startups in 2016 is less than half of Flipkart’s total funding,” the report added.

“Since 2012, the top ten rounds in India’s startup ecosystem have all been mega-rounds (above $100 million). They have been split across five companies: One97 Communications, the parent company of e-wallet and e-commerce site Paytm, e-commerce sites Flipkart and Snapdeal, taxi-hailing company Ola cabs and internet company Atria Convergence Technologies,” the report said. 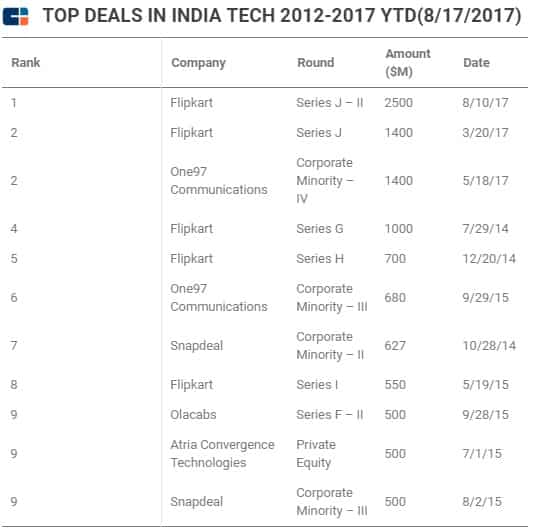 SoftBank and Tiger Global were the most active investors in Flipkart in all the rounds of funding.

However the company has faced the music with rejig of its top management that saw the reign of three CEOs. Flipkart also had four valuation markdowns in a year. Yet the company has managed to increase its valuation. It recently announced opening of its ‘Flipkart Global Store’ to take on competition from Amazon.

“Foreign investors were highly active in helping finance these mega-rounds. Japan’s SoftBank Group was involved in three of India’s top rounds: one to Flipkart, another to One97 Communications in a $1.4B corporate minority round, and the third to e-commerce site Snapdeal in a corporate minority round that it raised in October 2014,” the report said.