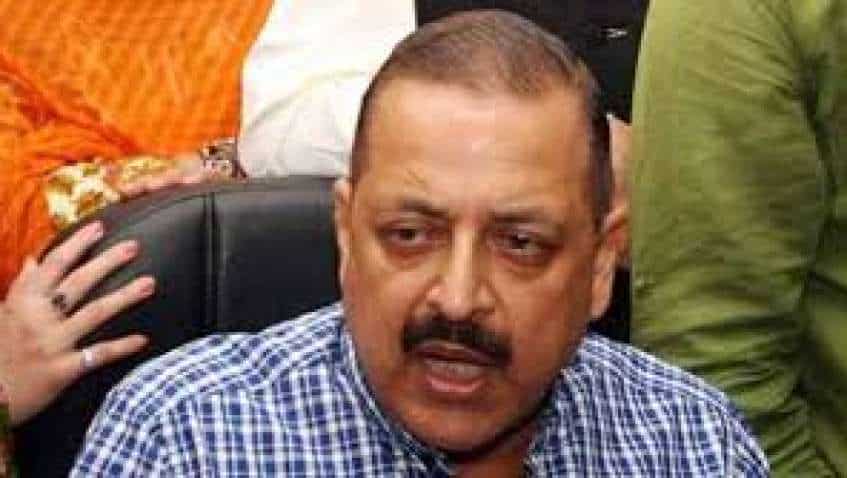 About Chandrayaan-3 Lunar mission, Dr Jitendra Singh said, as of today, it is planned for launch next year. Photo: PTI
Written By: ZeeBiz WebTeam
Edited By: Harish Dugh
RELATED NEWS

Briefing about the important achievements of Indian Space Research Organisation (ISRO) and the Department of Space over the last one year and some of the important missions planned for the future, Dr Jitendra Singh said that even though because of the COVID-19 pandemic, the training of four Indian astronauts in Russia had to be halted, yet the opinion of Chairman ISRO and the scientific team is that there had been kept a “cushion” both in the training programme and launch deadline. The training of astronauts has now been resumed and the launch is scheduled to take place as planned, before the 75th anniversary of India’s independence in 2022, he said.

Elaborating on the cabinet decision to encourage private participation in ISRO activities, Dr Jitendra Singh said, a regulatory body called “Indian National Space Promotion & Authorization Centre (IN-SPACe)” is to be established. This will help provide a level playing field to private players and encourage their participation, he said.

Dr Jitendra Singh said, besides enhancing the capacity and resources of our space missions, increased participation of private players will also discourage the brain drain of talented space scientists and experts who were otherwise moving out of India in search of a break.

About Chandrayaan-3 Lunar mission, Dr Jitendra Singh said, as of today, it is planned for launch next year. This mission will involve a lander, rover and a propulsion system to carry the modules to move but it would not have an orbiter as the previous orbiter is fully operational, he added.