Dr Jitendra Singh has disclosed that so far, interview for jobs has been abolished in 23 States and 8 Union Territories of India. 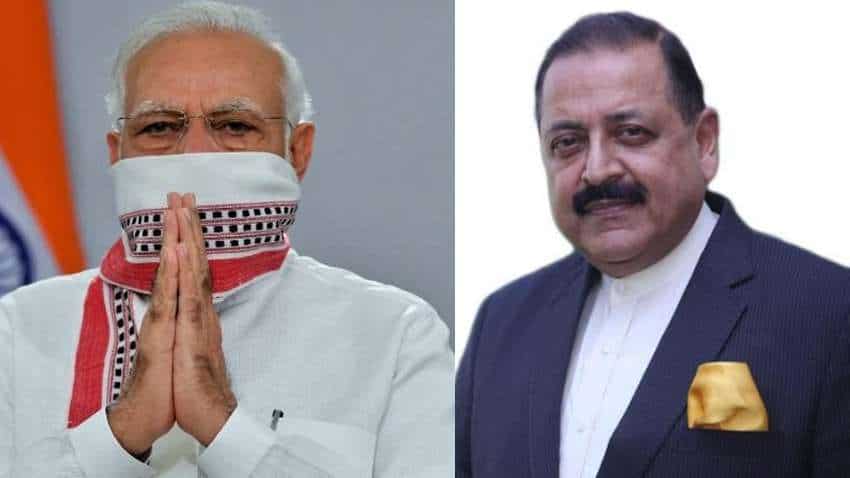 Follow up to the abolition of interview for Group-B (Non- Gazetted) and Group - C posts in the Central Government ever since 2016. Pics from Twitter profiles.
Written By: Prashant Singh
RELATED NEWS

Union Minister of State (Independent Charge) Development of North Eastern Region (DoNER), MoS PMO, Personnel, Public Grievances, Pensions, Atomic Energy and Space, Dr Jitendra Singh has disclosed that so far, interview for jobs has been abolished in 23 States and 8 Union Territories of India. This, he said, is a follow up to the abolition of interview for Group-B (Non- Gazetted) and Group - C posts in the Central Government ever since 2016.

Giving a brief about some of the path-breaking reforms brought in by the Department of Personnel & Training (DoPT), Dr Jitendra Singh recalled that it was on the 15th of August 2015, while speaking from the rampart of Red Fort on the occasion of Independence Day, Prime Minister Narendra Modi had suggested abolition of interview and making the job selection totally on the basis of written test because whenever an interview call was received by a candidate, his entire family would get disturbed with apprehension and anxiety. On a quick follow up to the Prime Minister’s advice, he said, the DoPT undertook an expeditious exercise and within three months completed the entire process to announce abolition of interview for recruitment in Central Government with effect from 1st January, 2016.

However, Dr Jitendra Singh said that while some States like Maharashtra and Gujarat were quick to implement this rule, there were other States which were quite reluctant to abolish the conduct of interview for jobs.

He expressed satisfaction that after quite a bit of persuasion and repeated reminders to certain State governments, today the practice of conducting interview stands discontinued in all the 8 Union Territories of India including Jammu & Kashmir and Ladakh, and 23 out of 28 States of the country.

Dr Jitendra Singh said, in the past there had been complaints, grievances and allegations about marks in interview being manipulated to help certain favoured candidates. The abolition of interview and considering only the written test marks as merit for selection, he said, offers an equal level-playing field to all the candidates.

In a statement, Ministry of Personnel, Public Grievances & Pensions said, "In addition to bringing in transparency and objectivity in the recruitment process, Dr Jitendra Singh said, several States have also reported heavy savings on the State Exchequer because quite a substantial expenditure was being incurred in conducting interview of candidates whose number often ran in thousands and the interview process continued for several days together."

"Pertinent to mention that earlier there had often been complaints of the written test merit being compromised by lowering the interview marks of the candidate in order to help certain candidates for dubious considerations. There were also allegations of job for money or heavy amount being paid to secure jobs by manipulating the interview marks," the statement added.