Though Aalim must be happy about getting a whooping amount, but this might land him in more trouble and infact he might have to shell out money from his pocket. 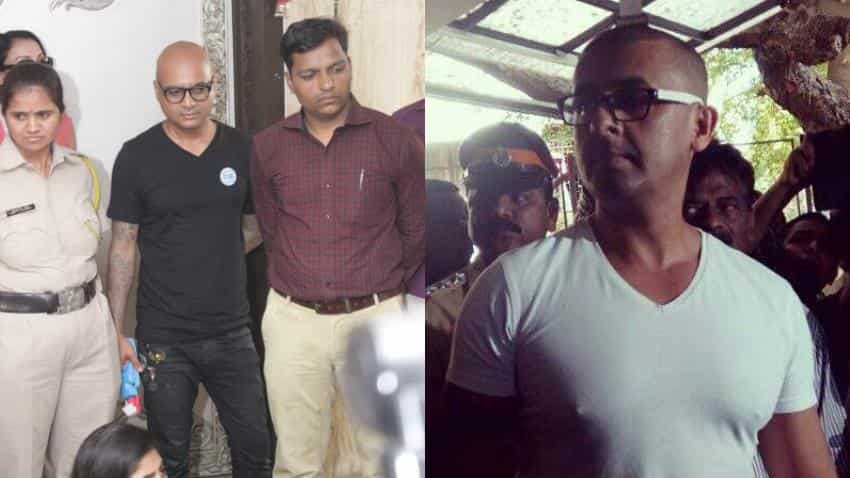 Singer Sonu Nigam has been in the news from past three days. On Monday, the singer in a series of tweets mentioned his dislike over the sound of azaan. His comments landed him in serious trouble so much that he had to shave off his head.

West Bengal maulvi issued a fatwa against Nigam and announced Rs 10 lakh award for whoever will shave off the singer's head.

At a press conference, Syed Sha Atef Ali Al Quaderi, Vice President, West Bengal Minority United Council, had said, "If anyone can shave his hair, put a garland of old torn shoes around his neck and tour him around the country I personally announce an award of Rs 10 lakh for that person."

Following to this, Nigam shaved his head today and now comes the award part. The work was done by celebrity hair stylist Aalim Hakim. Which means Rs 10 lakh will be given to Hakim as promised by the maulvi.

Though Hakim must be happy about getting a whooping amount, but this might land him in more trouble and infact he might have to shell out money from his pocket.

The money which he will get from maulvi, will be considered as "Gift tax" as per the Income Tax Act, 1961. Or, even if it is not considered as "gift" but as "award", the amount will still be taxabale. The Section 10(17A) in The Income- Tax Act, 1995, provides the details on the award and reward tax.

Section 10(17A) says that any payment made, whether in cash or in kind,-

If the amount is considered as Gift tax then, as per the Income Tax Act, 1961 if the value of gifts received is more than Rs 50,000 a year, then such amount is taxed as income in the hands of the receiver. These gifts may be in any form – cash, jewellery, movable and immovable property, shares etc.

According to H&R Block, the Gift Tax Act was introduced in 1958, amended in 1987 but discarded in 1998. The cash or cheque amount, stamp duty value of property and estimated value of other assets will be chargeable as income.

You will have to report gift value under income from other sources. This gift income will be taxed along with your total income under the tax slab rates applicable to you in that financial year.

So, in this case, Hakim will be have to show the amount while filing the income tax returns under both the circumstances.