The National Council of JCM has scheduled a meeting with government officials on June 26 to discuss these issues. 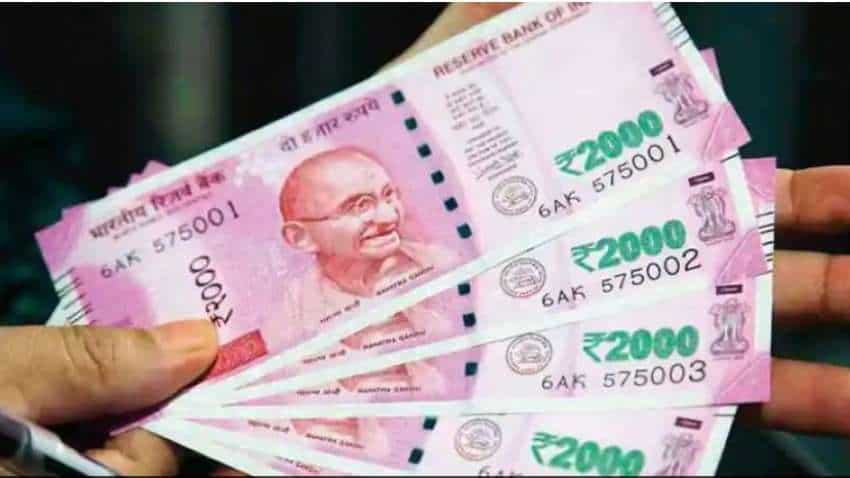 The government has extended the time limit for submission of Travelling Allowance (TA) claims from 60 days to 180 days. Source: Reuters
Reported By: ZeeBiz WebTeam
Edited By: Prashant Singh
RELATED NEWS

7th Pay Commission: Cabinet may meet on June 14 to decide on revised allowances for Govt employees

7th Pay Commission latest news: The road ahead for the bumper increase in the salary of central employees seems to be clear now. The National Council of JCM has scheduled a meeting with government officials on June 26 to discuss these issues. As the biggest factor in this increase is Dearness Allowance (DA), due to which other allowances – Travel Allowance (TA), City Allowance will also be increased automatically. Also, there will be a huge surge in Provident Fund (PF) and Gratuity.

According to Kartik Jhaveri, Wealth Management Director at Transcend Consultants, the monthly PF and gratuity of central employees is calculated from Basic + DA. If DA increases then PF and Gratuity will also increase.

According to him, if DA goes from 17 per cent to 28 per cent, then PF and gratuity will also increase. And a person’s monthly gratuity contribution will also surge.

According to Zaveri, the effect of increasing DA will also affect TA. If DA is 28 per cent then TA will also increase. Similarly, the government has extended the time limit for submission of Travelling Allowance (TA) claims from 60 days to 180 days. This decision was taken before the hike of the Dearness Allowance (DA) and the Dearness Relief (DR) for central government employees and pensioners. The Ministry of Finance Department of Expenditure released an Office Memorandum this week to inform that the time limit for submission of claims for Travelling Allowance (TA) on retirement has been extended. These orders will be effective from the date of issue of the order, which is June 15, 2021.

4. Benefits to the Pensioner

Central government pensioners will also get the benefit of an increase in Dearness Relief (DR) under the 7th Pay Commission. Their DR will increase from 17 per cent to 28 per cent. His monthly pension will increase. Meanwhile, there is good news for the central employees of Navodaya Vidyalaya School (NVS). The government has announced that these employees will get increased medical reimbursement, along with DA. In the circular issued by the Ministry of Education, the limit of the medical claim of NVS principals has been increased from Rs 5,000 to Rs 25,000. This allowance will be available when the employees get treatment in any government hospital or any hospital owned by the central government. Their entire family will also get the benefit of this. According to the circular, the existing limit of Rs 5,000 for NVS principal has now been increased to Rs 25,000, if treated in a government or CGHS recognised hospital.

There is speculation that the government would also announce to increase in DA in July itself. The increase in DA regarding Covid-19 is frozen till 30 June 2021. Other employees are also mentally prepared.

7th Pay Commission: Cabinet may meet on June 14 to decide on revised allowances for Govt employees