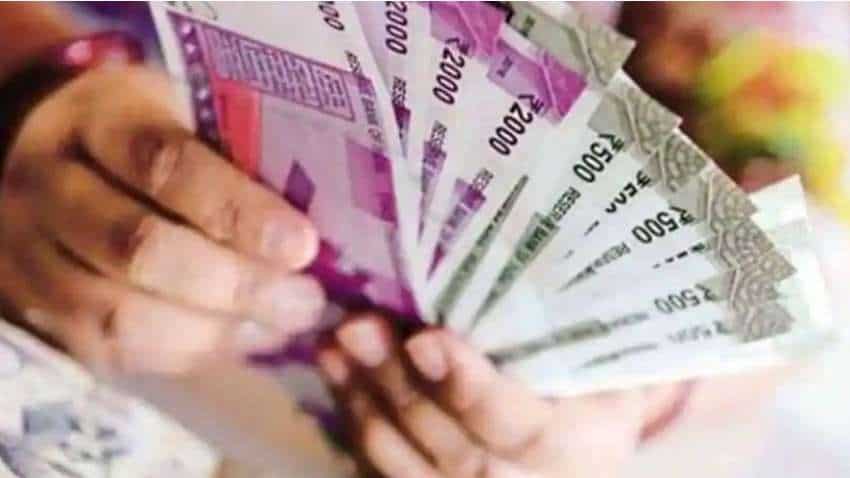 According to Union Minister Anurag Thakur, the payment of 31 per cent DA and arrears will cost the exchequer Rs 9488.74 crore. Source: Reuters

7th Pay Commission latest news: Diwali will be big for central government employees. Before Diwali, the Union Cabinet gave a gift to the employees by increasing the dearness allowance (DA) by 3 per cent. This dearness allowance has been implemented from July 1.

Earlier, DA was hiked at the rate of 28 per cent. With the increase in dearness allowance from July 2021, arrears will also be available. Central government employees will also get arrears, along with 31 per cent DA.

Central government employees will start getting the benefit of increased DA from October 2021. They will be paid at the rate of 31 per cent. According to Union Minister Anurag Thakur, 31 percent Dearness allowance has been implemented from July 1. In the months of July, August, September, money has been received at the rate of 28 percent. Now money will come with the October salary along with 31 per cent DA and 3 months arrears.

According to Union Minister Anurag Thakur, the payment of 31 per cent DA and arrears will cost the exchequer Rs 9488.74 crore. In January 2020, dearness allowance was increased by 4 per cent. Then in June 2020, there was an increase of 3 per cent, and in January 2021 it increased by 4 per cent. However, due to Corona, the government had frozen the increase of three dearness allowances from January 2020 to June 2021. In July, the government released it simultaneously at the rate of 28 per cent. This was increased by 11 percent.

The DA of central government employees has been increased twice a year. If the basic salary of an employee is Rs 18,000, he is currently getting Rs 5,040 as dearness allowance. This amount is 28 percent of the basic salary. After 3 percent increase in DA, the employee will get Rs 5,580 as DA. With the increase in basic pay, the total amount of dearness allowance will also increase. If we look at the annual basis, then the salary will increase by Rs 6480.