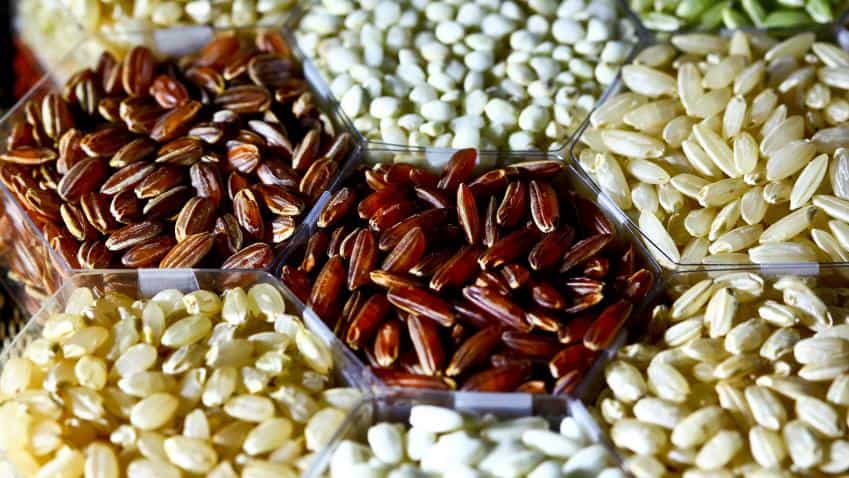 The production of foodgrains this year is up by 11.02 MT as opposed to 124.01 MT in the previous year. Image of rice varieties. Image Photo: Wikipedia

Ministry of Agriculture released its first advanced estimates of a record high Kharif foodgrain production which is estimated to be at 135.03 million tonnes (MT).

The country’s foodgrain output will shoot up 9% with record production of rice and pulses as well.

The production of foodgrains this year is up by 11.02 MT as opposed to 124.01 MT in the previous year, the Ministry said in a statement.

Estimated production of rice is the highest among all other foodgrains at 93.88 MT, followed by coarse cereals which is estimated to be at 32.45 MT.

This may call for good news as record high levels of foodgrain produce brought to us by a good monsoon session may suggest lower levels of food inflation that may follow.

August inflation was seen to ease to a four-month low after predictions of a good monsoon.

Consumer Price Index (CPI) inflation was recorded at 5.05% in August which was lower than 6.07% in July.

Food prices constitute a 50% weightage in the inflation basket. With a higher estimated foodgrain production, food prices are bound to fall which may ease out inflation further.

However, the RBI aims to reduce CPI inflation to 5% by January 2017.