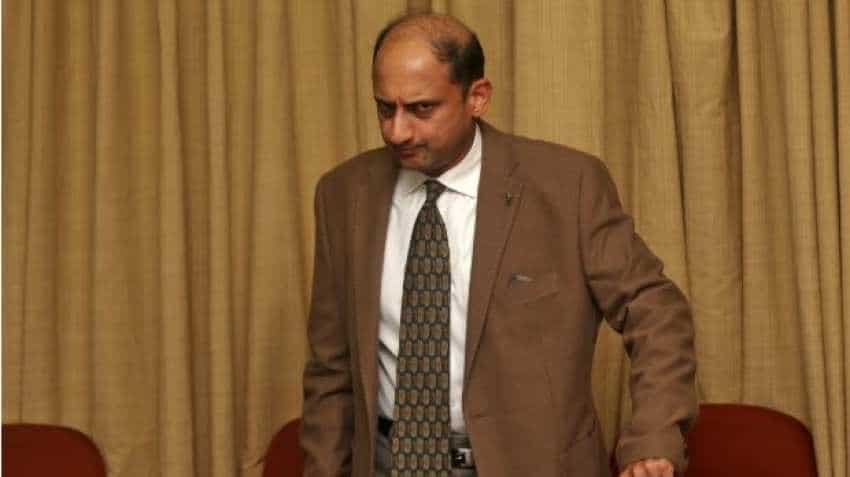 Viral Acharya will reportedly now return to the New York University's Stern Business School in August instead of in 2020. Image: Reuters

In another big resignation at the Reserve Bank of India (RBI) within six months, deputy governor Viral Acharya has quit, sources told Zee Business TV today. They said that Acharya may return to the US to join academics once again. Acharya had resigned six months before the end of his tenure. Before joining the central bank, Acharya was C.V. Starr Professor of Economics, Department of Finance, New York University – Stern School of Business. Responding to media reports on Acharya's resignation, RBI confirmed the development.

The central bank said in a statement:

"Reports have appeared in certain sections of the media that Dr. Viral V. Acharya, Deputy Governor of the Reserve Bank of India (RBI) has resigned from his post. In this connection it is stated as follows:

"A few weeks ago, Dr. Acharya submitted a letter to the RBI informing that due to unavoidable personal circumstances, he is unable to continue his term as a Deputy Governor of the RBI beyond July 23, 2019. Consequential action arising from his letter is under consideration of the Competent Authority."

Acharya was appointed as a deputy governor by the Indian government towards the end of 2016 for a term of three years.

Acharya was a strong believer in the independence and autonomy of the central bank. He considered this crucial for economic progress and financial stability. Acharya had once even warned that any government undermining  RBI's monetary authorities would face the wrath of financial markets and economic fires.

Acharya has quit six months before his three-year term as the deputy governor in-charge of the monetary policy department ends.

Speculation about Acharya's exit had started on the day of his boss, then Governor Urjit Patel resignation in December last year. The RBI had then denied the speculations.

Acharya will reportedly now return to the New York University's Stern Business School in August instead of in 2020.

Acharya was called as poor man's Raghuram Rajan because of similarities with the former RBI Governor, who had who also left the central bank against his wishes to continue.