Now that RBI governor Urjit Patel has decided to exit from his post, it will only be a matter of time, and no surprise at all, if any other resignations take place in the central bank. 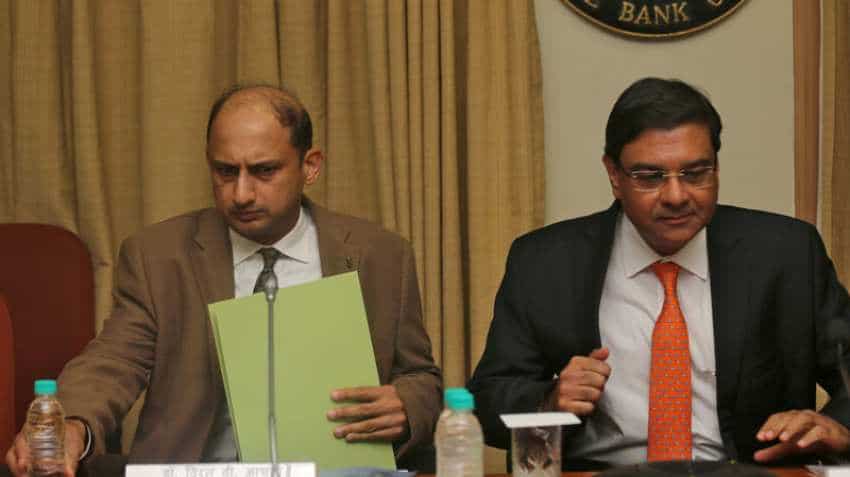 Urjit Patel's exit comes as a shock as it is the shortest tenure of an RBI governor. Patel was officially announced as RBI governor on August 20, 2016 and took his charge on September 04, 2016. Image source: Reuters
Written By: ZeeBiz WebTeam
RELATED NEWS

Now that RBI governor Urjit Patel has decided to exit from his post, it will only be a matter of time, and no surprise at all, if any other resignations take place in the central bank. Patel's exit comes as a shock as it is the shortest tenure of an RBI governor. Patel was officially announced as RBI governor on August 20, 2016 and took his charge on September 04, 2016. Patel's fate is somewhat like Raghuram Rajan whose position he bagged.

Rajan's major reason for leaving central bank was on the back of the feud with government where he was blamed for not providing proper relief in policy repo rate. On similar lines, the battle between RBI and government has currently gotten out of control when Patel was in charge.

But it will be interesting to watch who will be the next to exit RBI. Why? The war over RBI's autonomy has been publicly taken against government. And now one would eye whether Viral Acharya will be next in line to exit, after all the RBI dispute with government intensified when he went public with his woes.

These are the quotes of Acharya where both government and RBI are not on similar terms. In last week of October 2018, Acharya spoke on government and RBI on Friday. The topic was “On the Importance of Independent Regulatory Institutions – The Case of the Central Bank”.

Following this, it was revealed that senior officials spoke to news agency Reuters about the government's fears that this could tarnish the country’s image among investors.

Here are few statements made by Acharya:

A central bank performs several important functions for the economy: it controls the money supply; sets the rate of interest on borrowing and lending money; manages the external sector including the exchange rate; supervises and regulates the financial sector, notably banks; it often regulates credit and foreign exchange markets; and, seeks to ensure financial stability, domestic as well as on the external front.

The world over, the central bank is set up as an institution separate from the government; put another way, it is not a department of the executive function of the government; its powers are enshrined as being separate through relevant legislation. Its tasks being somewhat complex and technical, central banks are ideally headed and manned by technocrats or field experts – typically economists, academics, commercial bankers, and occasionally private sector representatives, appointed by the government but not elected to the office.

This architecture reflects the acceptance of the thesis that central banks should be allowed to exercise their powers independently. A government’s horizon of decision-making is rendered short, like the duration of a T20 match (to use a cricketing analogy), by several considerations.

There are always upcoming elections of some sort – national, state, mid-term, etc. As elections approach, delivering on proclaimed manifestos of the past acquires urgency; where manifestos cannot be delivered upon, populist alternatives need to be arranged with immediacy.

Less important in the present scenario, but only recently so, wars had to be waged, financed and won at all costs. This myopia or short-termism of governments is best summarized in history by Louis XV when he proclaimed “Apres moi, le deluge!” (After me, the flood!).

In contrast, a central bank plays a Test match, trying to win each session but importantly also survive it so as to have a chance to win the next session, and so on. In particular, the central bank is not directly subject to political time pressures and the induced neglect of the future; by virtue of being nominated rather than elected, central bankers have horizons of decision-making that tend to be longer than that of governments, spanning election cycles or war periods.

While they clearly have to factor in the immediate consequences of their policy decisions, central bankers can afford to take a pause, reflect, and ask the question as to what would be the long-term consequences of their, as well as government’s, policies. Indeed, by their mandate central banks are committed to stabilise the economy over business and financial cycles, and hence, have to peer into the medium to long term.

With Patel's exit now, it will be keenly watched whether Acharya as well feels its time to say goodbye to RBI.