With US tightening its restrictions on Indian employees holding H-1B visas, we could see a lot of them being sent home after their visa expires. 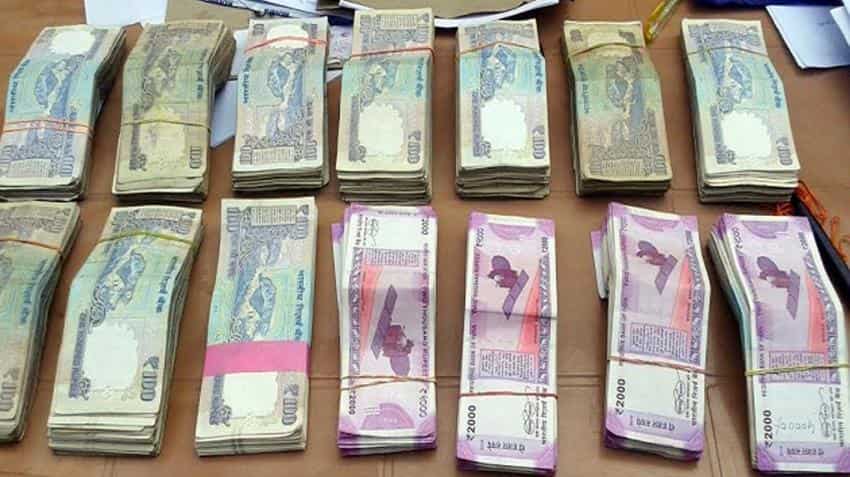 A stack of Rs 100 and Rs 2000 notes stacked on a table. Photo: IANS
Written By: Collin Furtado
RELATED NEWS

Despite Indians employed overseas in the US in the IT industry keeping their fingers crossed, it seems unlikely that the US government will go back on their efforts to put stricter restrictions on H-1B visas. With the White House briefing last week quoting an official from the Trump administration targeting Indian IT companies by saying that Tata Consultancy Services (TCS) and Infosys had violated the H-1B visa lottery system currently.

This shows the frame of thought that the US government has currently. The US President Donald Trump has already signed the executive order on tighter restrictions for granting H-1B visa. And although he had said that he will review the H-1B visa order, it remains unlikely that many changes will be made to favor of Indians working in the US.

Even IT industry body Nasscom pointing out to the US government that only 6 of the top 20 H-1B recipients in FY15 were Indian companies will do little to help.

With US tightening its restrictions on Indian employees holding H-1B visas, we could see a lot of them being sent home after their visa expires, as these companies will look to hire US citizens instead to stay in line with US law makers. We already seen that with many Indian IT firms such as Infosys, TCS and Wipro preparing to hire more US workers.

This comes as bad news for the India economy as remittances are expected to take a big hit. According to a World Bank report released recently, India is at the top spot in the world among remittance receiving countries. Remittance inflows into India accounted for $62.7 billion in 2016. It accounts for 3.3% of India's GDP in 2016.

However, remittances to the country have been declining. In 2016 India saw a significant 8.9% drop in remittances, says the World Bank report.

This could take a further decline as if the US government continues along this path of being harsh on Indian IT companies regarding their India employees holding H-1B visas.

Even Chief Economic Advisor (CEA) Arvind Subramanian on Tuesday said that any "serious actions" taken by the Trump Administration on the H-1B visa programme would be a cause of "worry" as a majority of Indian exports in the services sector go to the US. “Something like 50-60% of all our exports of services goes to the United States. So it would worry us quite a bit... Remember that our exports of services are about 40-45% of the total exports,” he said

Also read: Serious action on US H1-B visa is a cause for worry for India: Arvind Subramanian

It is not only the US that India has to worry about in terms of remittances, but even countries such as Australia, UK have tightened immigration and work visa rules. UK too after Brexit last year had introduced new visa regulations which would impact Indian workers in the UK. This hit Indian IT professionals working in the UK.

While Indians are worrying about countries tightening their visa regulations, the UAE, which is a top destination for Indians to work overseas, at the end of last year planned to introduce income taxes on salaried employees.

Sudarshan Motwani, CEO and Co-founder, BookMyForex, “Visa curbs in more and more countries post Brexit and Trump would mean lot of bad news for Indian works and consequently on large travel and remittance market associated with Indian Diaspora working overseas. To start with student travel will be hit hard - many Indian students go overseas hoping to get settle in those countries. US, Australia, Canada, New Zealand have been hot location where getting jobs post graduation have been easy. Next in line are remittances to India will be hit as jobs dry up; this will take a while but if the stricter Visa continue, this will definitely be the fall out.”

While remittances to India in 2016 declined by 9%, we could expect an even larger fall in remittances by the end of 2017. It could lose its top spot in the remittance chart, as China remains close behind with $61 billion in remittances in 2016.