The Union Minister Alphons Kannanthanam commented on Saturday that those who can afford to buy a car or bike, can afford to pay for the high petrol and diesel prices too. 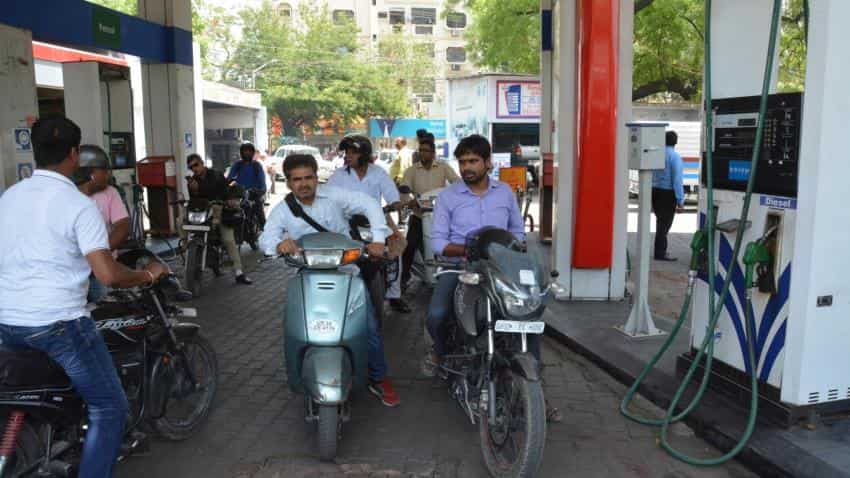 Cong to launch nationwide agitation against high tax on petrol

But the government seems to be in no mood to reduce the prices on petrol or diesel by bring down the taxes, as Union Minister Alphons Kannanthanam on Saturday said those who can afford to buy a car or bike can afford to buy petrol.

“Who buys petrol? Somebody who has a car, bike; certainly he is not starving. Somebody who can afford to pay, has to pay,” said Kannanthanam, reported ANI.

This huge surge in the petrol and diesel prices began once the government on June 16 introduced its 'dynamic' pricing model which saw prices being revised on a daily basis instead of fortnightly earlier. Despite prices reaching to a three-year high Union Petroleum Minister Dharmendra Pradhan on Wednesday reiterated that the government does not plan to intervene to control prices.

Kannanthanam's response to the rising petrol and diesel prices seems to suggest that those buying a car or a bike are wealth enough to continue paying high prices for their fuel.

However, that cannot be any far from the reality as even poor farmers and those living in rural areas have to depend on their two-wheelers due to poor public transport infrastructure in India.

The price of average price of a two-wheeler is just over Rs 50,000, while that of the cheapest car starts from over Rs 3 lakh.

A reason why two-wheelers currently outsell cars by more than 7 to 1. Which basically means that two-wheelers are the poor man's commute.

Two-wheeler sales in August stood at 18,91,062 units and had posted a 15% growth during the month, while passenger vehicle sales rose to 2,94,335 units with a robust 14% growth during the same month, according to data from the Society of Indian Automobile Manufacturers (SIAM).

Though two-wheeler and car sales have been growing in the last few months, this has mainly been due to sales at a wholesale level due to more acquisition from dealerships in anticipation of the upcoming festive season. On a retail level, sales of two-wheelers and cars seem to be struggling to get back on their feet.

This can be clearly seen as consumption of petrol and diesel in India has stagnated or declined a little from April to August period, despite the good growth in two-wheeler and car sales during the same period.

In July and August consumption of petrol managed to increase a little, but it stayed stagnant at 2.1 million metric tonnes in both months.

Three months after the implementation of dynamic pricing on petrol and diesel, the prices in many cities in India have inched up to as close as Rs 80 to a litre.

Crude oil price from April has come down from $50.83 per barrel to $50.32 per barrel. In fact, in June it even declined to a low of $46.72 per barrel. But this has not brought down the prices of petrol and diesel in the country.

Tripathi still feels such performance of global crude prices is just a gradual rise which barely effects domestic fuel prices. One key thing that hampers India' fuel is the amount of taxes being charged currently.

Petrol and diesel prices do not come under the umbrella of Goods and Services Tax – which proclaims the agenda of 'one tax one nation', and thus, as per Tripathi petrol is being taxed at 130% and diesel at nearly 90%.

The reason why the government does not want to reduce these taxes on petrol and diesel, is the revenue they earn from it.

Cong to launch nationwide agitation against high tax on petrol