Who is Kumaraswamy, the man who may beat BJP's Yeddyurappa to Karnataka CM's chair

At best H D Kumaraswamy was supposed to turn a kingmaker. Now, he may well be anointed king as PM Narendra Modi led BJP has been out maneuvred by the Congress and JDS combine after having failed to reach the simple majority mark. In Karnataka election result 2018 has thrown up a hung assembly. 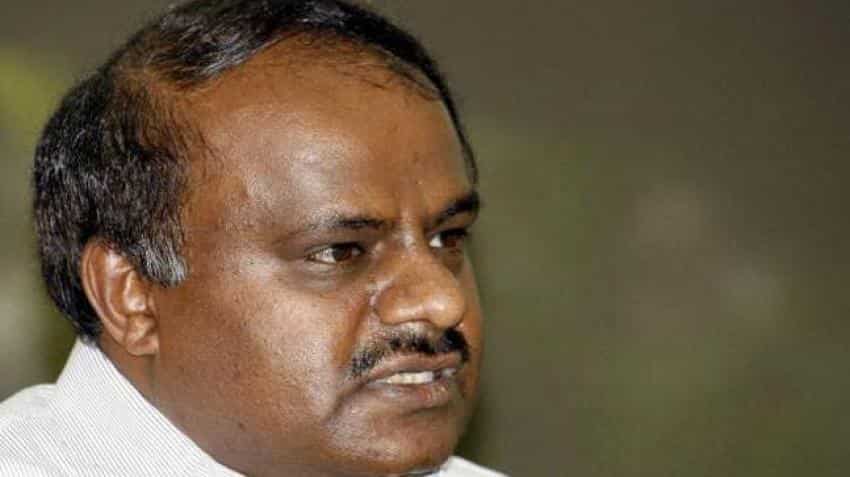 At best H D Kumaraswamy was supposed to turn a kingmaker. Now, he may well be anointed king as PM Narendra Modi led BJP has been out maneuvred by the Congrees and JDS combine after having failed to reach the simple majority mark. In Karnataka election result 2018 has thrown up a hung assembly. His party is the smallest with 37 seats, but with Congress support, the tally of both parties rises above the half-way mark. So, who is Kumaraswamy? To start off, he is Karnataka state chief of Janata Dal Secular (JDS).

Kumaraswamy, 58, is the son of former prime minister H D Deve Gowda. Kumaraswamy's claim to fame is that he was the chief of the state for 20 months from February 2006.

Kumaraswamy was a "lone ranger" and an "accidental politician", as his first love were films and he was involved in the business of film-making and distribution. He has produced Kannada films, including the recent "Jaguar", starring his son Nikhil Gowda.

Kumaraswamy was born in Haradanahalli of Holenarasipura Taluk in Hassan district. His schooling was in Hassan and then Bengaluru for higher studies. He is a BSc graduate.

Kumaraswamy is married to Anita, who had represented Madhugiri as MLA in the past and also runs businesses.

Kumaraswamy entered electoral politics by contesting for the Lok Sabha from Kanakapura in 1996 and won. He got elected to the assembly in 2004, when JD (S) following the hung verdict supported the Congress' Dharm Singh-led government.

In 2006, about 42 MLAs of JD(S) rebelled and withdrew support to the Singh government. He then formed the government with the support of the BJP, and went on to become the chief minister during his first term as MLA.

Surprisingly, Kumaraswamy was not the heir apparent of Deve Gowda. That role was of his elder brother H D Revanna.

Kumaraswamy as CM earned a good reputation due to his populist schemes like "grama vastavya" (staying in villages to find out their problems). However, there were allegations he was linked to the Janthakal Mining scam.

Kumaraswamy's rise led to senior party leader Siddaramaiah's exit as he was sidelined. He was expelled from the JDS.